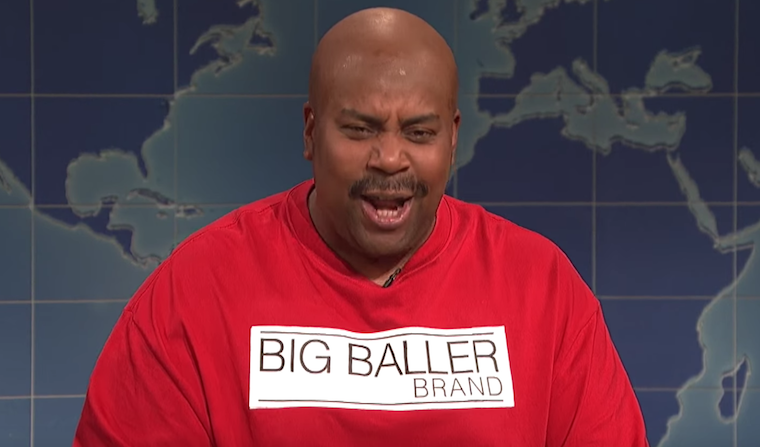 Saturday Night Live returned from its winter hiatus this weekend, and there was plenty from current events for the show to catch up on.

What about sports? Would SNL touch on any of the stories that developed since mid-December? Maybe they would poke fun at Tom Brady, Bill Belichick and the New England Patriots. Or Alabama coach Nick Saban benching quarterback Jalen Hurts at halftime of the national championship game. OK, probably not enough laughs there. Kyrie Irving’s unconventional beliefs and conspiracy theories might make for better comedy material.

Instead, SNL went back to familiar territory and another story that was in the news. LaVar Ball is always in the news, largely because he makes sure to draw headlines. And outlets eager for content and clicks are all too willing to give him a forum. Ball’s criticism of Los Angeles Lakers coach Luke Walton caused an uproar with NBA coaches such as Rick Carlisle and Stan Van Gundy this past week.

However, Ball was also in the news last week because his sons LiAngelo, 19, and LaMelo, 16, made their professional basketball debut in Lithuania. The Ball brothers playing internationally was notable enough for two teenagers preparing for hopeful NBA careers away from the normal path of playing at least one year of college basketball.

Yet the Balls’ Lithuanian launch made headlines for how views it drew on Facebook Watch. Over 100,000 people watched the feed at any given time, a surprising number. For all the derision that LaVar Ball attracts, he does draw attention. As you’d expect, he would be boastful about that. SNL imagined how that would go with Kenan Thompson as Ball returning to the Weekend Update desk on Saturday night. Check it out:

These LaVar Ball sketches have been polarizing among SNL viewers and sports fans because they’re not necessarily the most funny bits that the show has ever created. Yet it’s also easy to laugh because Kenan Thompson’s version of Ball doesn’t seem too different from the real thing, based on what we’ve seen from him. He almost can’t be exaggerated enough in a caricature.

Ball didn’t like Lithuania’s weather (“Never dry!”), but had plenty more positive things to say about the experience, including the size of the crowd watching his sons play and the level of competition they’re facing.

“I love the Lithuanian league! All white teammates! Nobody above 140 pounds! Vitamin defiencies! Soft teeth! All layups, no dunks! Perfect training for the NBA! I love it! Every night, the crowd of 61 people just goes wild! Cheering and waving wooden spoons in the air!”

“Maaaannn… don’t you talk to me ’bout no Better Business F Bureau! I told my kids, ‘The F stands for phenomenal’! And yes, my kids are homeschooled! Never tardy!”

This latest Ball sketch got off to a slow start and some people might not give it a chance because these skits have been inconsistent. But it got funnier as it went along, thanks to the writing and Thompson’s acting.

The hope, as with almost anything SNL does, is that the show doesn’t go back to this well again too soon. But as long as Ball is in the news with his latest outrageous statement or behavior, Weekend Update has something to lean on for material. Maybe these will be a hit in Lithuania too.