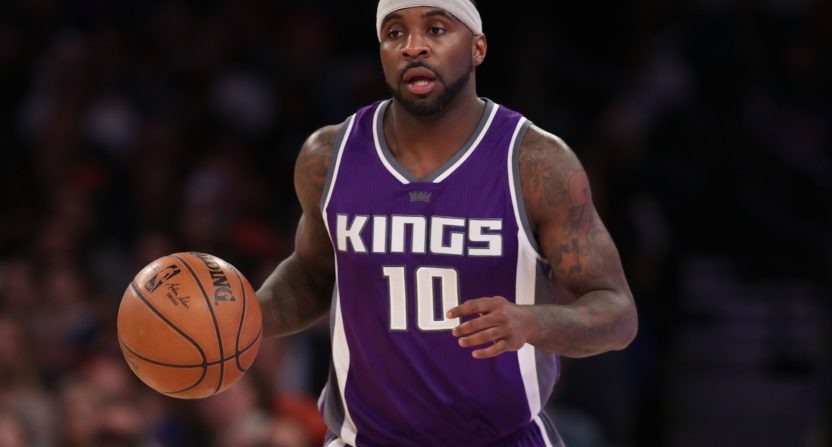 Once a first-round pick in the NBA, Ty Lawson is going to have to look outside of both the U.S. and China for work following the news that the Chinese Basketball Association’s Fujian Sturgeons has cut ties with the former North Carolina star over “inappropriate comments” he allegedly posted on Instagram.

Lawson played for Fujian last season, which ended in the playoffs, and he has remained in China since then. He previously played for the Shandong Heroes in 2017 before moving to the Sturgeons.

As for what Lawson did, it stems from multiple things he posted in his Instagram story on Friday night. Specifically, he used a slang term to describe Chinese women and then posted a photo of himself and a woman in a bit of a compromising position.  The basketball franchise released a statement that chastised Lawson for inappropriate words and not meeting the “social responsibilities” of their players.

“His inappropriate words are inconsistent with the social responsibilities and values abided by our club and have brought serious adverse social impacts to the club and the league. We will not sign him for the new season.”

Lawson’s contract with the team had already ended, though they did have priority to extend or renew it.

There is a report that Lawson has been “banned” from the CBA for life, though that hasn’t been confirmed yet.

According to SI.com, Lawson’s situation may have been related to alcohol, something he’s had issues with during the past.

Several NBA sources told SI.com they believe the situation may be alcohol-related. Lawson sought treatment after being arrested four different times for driving while intoxicated, with the fourth taking place in 2015.

Lawson was drafted in the first round of the 2009 NBA draft by the Minnesota Timberwolves, who traded him to the Denver Nuggets. He spent eight seasons in the league, including stints with the Houston Rockets, Indiana Pacers, and Sacramento Kings. His NBA career had multiple starts and stops due to DUI arrests and other off-court issues.