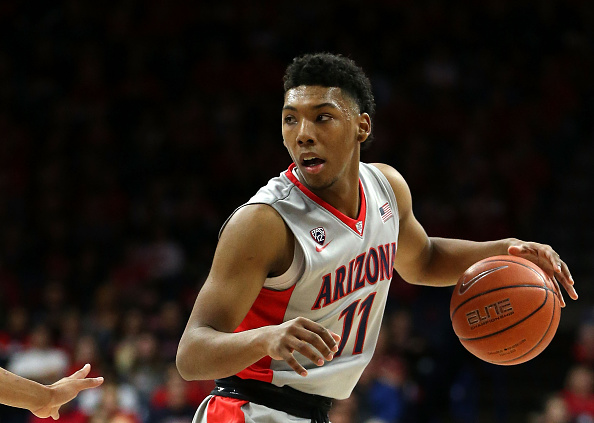 It was revealed earlier in the week that the reason Arizona Wildcats sophomore guard Allonzo Trier hadn’t played basketball yet this season was due to a suspension from the NCAA for PED usage.

But that Trier was suspended for PED usage definitely does not tell the full story here.

ESPN’s Jeff Goodman reported on Thursday that Trier unknowingly took a PED after being given to it by “someone close to his family”, as a way to recover from injuries suffered in a serious car accident over the summer:

A source told ESPN that Trier was in a serious car accident over the summer, and the Trier camp told the NCAA that someone close to his family gave him the drug — without his knowledge — to help him recover from injuries suffered in the accident.

However, the NCAA wouldn’t let Trier play in games — he was allowed to practice and travel with the team — until the drug was completely out of his system. So, even though the NCAA agreed that Trier unknowingly took this drug, he was still not allowed to play for the Wildcats until he passed a drug test. Goodman reported on Thursday that Trier had taken multiple tests since September, and still had some of the drug within his system in the last couple of weeks.

Well, Arizona released a statement on Friday night that Trier’s most recent drug test came back negative, and he will be eligible to play against UCLA today:

The 6’5″ shooting guard averaged 14.8 points per game as a freshman at Arizona last season after being a five-star recruit out of high school. Arizona has still managed to go 17-2 (6-0 in PAC-12 play) without him, and is ranked No. 14 in the country.

Now the Wildcats get back the guy that was expected to be their top scorer this season, and right in time for their PAC-12 showdown against Lonzo Ball and No. 3 UCLA at Pauley Pavilion. Who knows how much Trier will play or how effective he can be right out of the gate, but he gives a another big weapon to a team that was already very good, and makes Arizona a very dangerous team as we get closer to March.