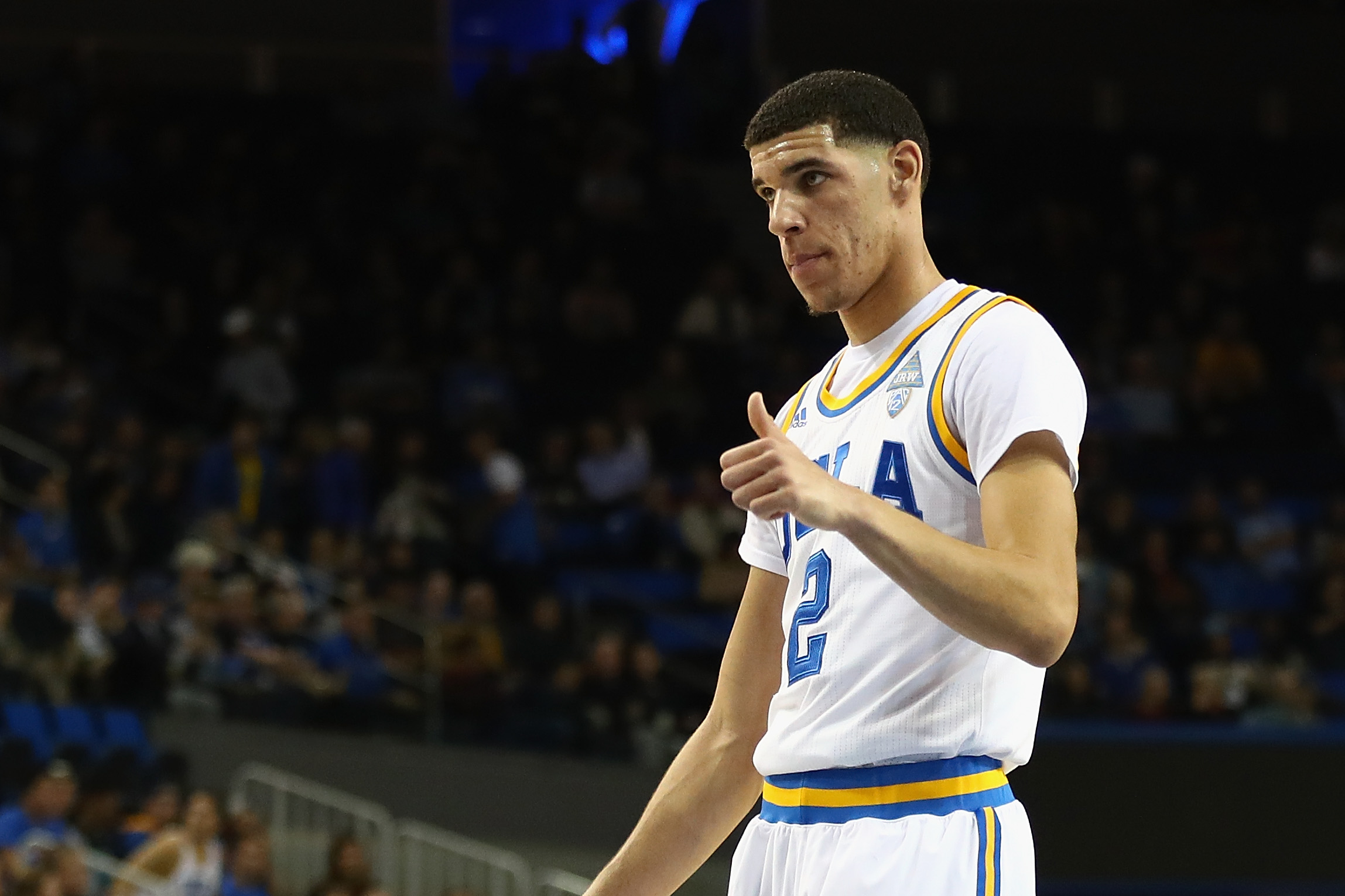 Russell Westbrook, Kevin Love, Aaron Afflalo, Darren Collison and Luc Mbah a Moute. This cast of present-day NBA faces, among others, helped lead UCLA men’s basketball to a torrent of prosperity a decade ago. Despite failing to hoist a national championship trophy from 2006 to 2008, the Bruins still earned three consecutive trips to the Final Four. Over that span, they combined to accumulate a respectable offensive efficiency as well, averaging 1.08 points per possession.

Unlike the obvious powerhouse under then-head coach Ben Howland, however, camaraderie fuels the current Bruins squad and their success. Sitting at No. 4 in both the AP Top 25 and coaches’ poll, UCLA has embellished its reputation as an inconceivable offensive juggernaut. Come mid-March, it’s one that potential opponents will dread to see in their region of the NCAA Tournament, too.

In total, UCLA (16-1, 3-1 Pac-12) is producing a stout 1.20 points per possession, the highest offensive efficiency throughout the previous 19 seasons (going back to 1997-98) in which the statistic was tracked. During this stretch, the 2014-15 Wisconsin Badgers established the second-most points per possession at just over 1.19. Considering UCLA ranked No. 101 in the country a season ago (1.05 points per possession), the turnaround for head coach Steve Alford’s bunch symbolizes an astonishing turnaround. In fact, Alford cut off a year from his contract following last season’s disappointing record (15-17, 6-12) and also appeared on the hot seat.

Yet thanks to freshman sensation Lonzo Ball, Alford’s forehead has stayed relatively sweat-free in 2016-17. The 6-foot-6, 190-pound guard places third on the team in scoring (14.7 ppg), along with eight assists and 5.6 rebounds per contest, representing one of the top point guards in the country. On top of that, his highly proficient jumper keeps opponents constantly guessing where he’ll pull up on the floor. Ball’s effective field goal percentage, which tacks on extra value for made three-pointers, stands at 65.3 percent, good for No. 35 in Division I.

As a unit, the Bruins generate the top effective field goal percentage per contest in the nation (61.5). Incredibly, each player with at least 100 field goal attempts (Isaac Hamilton, T.J. Leaf, Bryce Alford, Ball and Aaron Holiday) holds at least a 60 percent clip in the aforementioned category. No program in college basketball possesses the depth to match UCLA’s surplus of scoring when they’re firing on all cylinders. More often than not, that’s the case. UCLA averages the second-most points per game in the country (92.8).

Likewise, opponents struggle to keep pace with the Bruins’ explosive pace. Amid its fellow Division I peers, Alford’s gang places No. 24 in possessions per game (77.4), translating into 15 double-digit wins in 17 of their contests. Their lone single-digit win came in Lexington, Kentucky, upsetting the then-No. 1 Wildcats 97-92. That’s not too unsettling.

For instance, in a 102-84 victory over Michigan in mid-December, the Wolverines actually were able to combat UCLA’s 10 triples in the first half with 12 of their own. Nonetheless, persevering for a full 40 minutes amounts to a fairly daunting task. In the final frame, Michigan only shot 35.7 percent from the field while the Bruins hit a blistering 73 percent of their attempts. Leaf finished with a team-high 21 points on 10-of-14 shooting.

Boasting a 6-foot-10, 225-pound frame, Leaf has even entrenched himself as one of the most consistent forwards in the country. He’s collecting a team-high 17.4 points, as well as 9.1 rebounds, per contest. His most substantial impact comes near the basket, converting 81.3 percent of his attempts around the rim. Moreover, he’s finishing an absurd 88 percent of his putbacks, providing a massive blanket for his lengthier teammates, like Ball and Hamilton, who excel at attacking the lane.

While UCLA is comprised of numerous scoring threats, Leaf and Ball form a tremendous combination. Overall, the two have weaved together 14 double-digit scoring games, the most via a freshmen duo.

Due to Leaf and fellow big man Thomas Welsh’s presence in the paint, the Bruins advertise a handful of the most lethal three-point strokes in the country, tying for the sixth-most made triples (178). Plus, their unselfishness shines right through that total, amassing assists on 90.4 percent of their threes. Alford’s three-pointer shown above is sound evidence, as Ball could’ve easily taken a jumper himself. Instead, he found his teammate for an better look.

The 6-foot-3, 185-pound Alford sits directly in back of the aforementioned Leaf in scoring with 16.4 points per game. Surprisingly, though, the senior guard also trails just the underclassman in three-point shooting percentage (44.9). Leaf’s ability to stretch the floor (48.6 percent) allows Alford’s father to construct the ultimate lineup, where each position can knock one down from behind the arc (Holiday, Ball, Hamilton, Alford and Welsh). Collectively, the Bruins boast the highest three-point clip (42.8) in the nation.

Without Dillon Brooks’ heroics in Oregon’s 89-87 win over the Bruins to tip off Pac-12 play, UCLA would’ve remained the talk of college basketball. Still, anticipate the core of future pros to continue dominating in the rest of the conference slate. By the end of this season, an appearance beyond the Final Four could be in-store, too. Ask Alford if he expected that from the get-go.