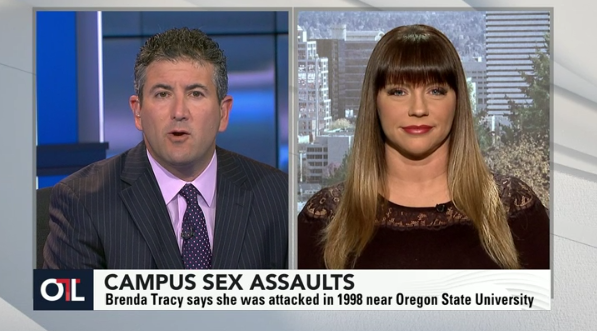 Baylor University has done a remarkably terrible job of handling allegations of sexual assault against football players, and it seems some of their coaches are still behaving poorly. Brenda Tracy wrote Friday that a Baylor assistant coach went after her following her message to the team this summer about proper conduct and the victim’s side of sexual assault.

Tracy says she was gang-raped at Oregon State in 1998, and she has been speaking to college football teams across the country on sexual assault and how to handle it recently. Baylor could certainly use that message. According to a report by law firm Pepper Hamilton, there were attempts to sweep allegations under the rug, leading to the dismissal of former head coach Art Briles and former school president Ken Starr. Baylor also allegedly used the school’s code of conduct against victims for speaking out. Basically, the university’s made more of an effort to cover up their scummy behavior than to fix it, and that appears to have continued with this coach’s response to Tracy’s presentation this summer.

Tracy wrote a piece for The Huffington Post Friday about her experience at Baylor this summer, saying she wanted to make her position on the school clear in response to the online harassment and death threats she’s received from Baylor supporters. She said the Baylor players were great and engaged with her message, but added that an assistant coach took her aside, chastised her for being there, and said “nothing happened.”  Tracy then expounded on that to ESPN’s Outside the Lines:

“One of the first things he says is he didn’t understand why I was there,” she told OTL. “He said this wasn’t a football issue. This was an issue on the rest of the campus. And he just went on and on that [former head coach] Art Briles did absolutely nothing and this was all unfounded and nothing happened and they were being treated unfairly and there was some conspiracy going on against Baylor football.”

The remarks are disgusting, but they certainly fit with other statements we’ve seen from Baylor coaches and officials. In a post-Briles Baylor locker room, though, nobody should be wearing a tinfoil hat and claiming collusion. Briles admitted on live television he made mistakes and previously stated “he would have done certain things different.” Briles isn’t even pleading conspiracy now, yet his former assistant has the audacity to tell a sexual assault victim otherwise? Please.

Baylor issued a statement that they’re looking into the incident and were grateful for Tracy’s message towards players. That sounds genuine. But, unfortunately, there are shitbags like the assistant coach who simply doesn’t get it. Saying “this was all unfounded and nothing happened” is ludicrous, and seemingly a fireable offense. If Baylor is truly trying to get better, it’s a shame alleged comments like this are still being perpetuated in the locker room.