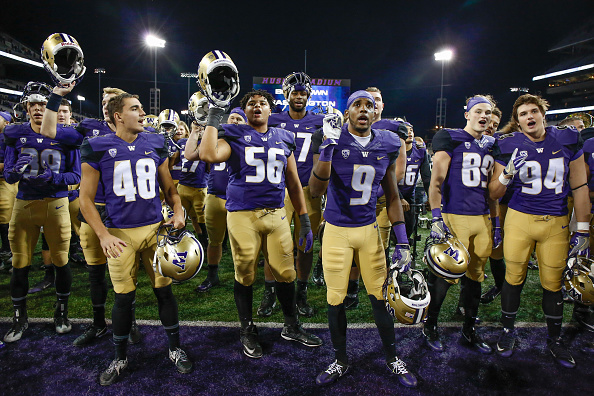 The second week of the College Football Playoff selection committee’s rankings is always one of the most informative. As mentioned last week, the committee has turnover every year, so we really can’t fully judge what it will do this year based on previous decisions. Last week, we learned a lot. Ohio State wasn’t punished for its loss, Louisville and Washington were punished for a lack of quality wins, and Texas A&M somehow started off in the Top 4. Those are facts that we can analyze to understand the committee’s thought process this year before December 4th rolls around.

There are plenty of other questions that will give us ways to understand the committee without directly tying it to an individual result. Will Ohio State jump Washington? How far can Penn State and Virginia Tech, among others, rise? Will the committee keep bumping Boise State up as Washington State impresses? Or will the Cougars jump Boise like in both the Coaches’ and AP Polls this week?

Of course, there is an important caveat in all of this. The committee does, in theory, re-evaluate every team each week. The committee doesn’t just slide teams up or down based on new results. For example, maybe Arkansas’ good win this week helped mitigate Texas A&M’s fall. On the other hand, it now looks like Nebraska’s best win is Wyoming. Maybe a lack of quality wins hurts Nebraska more than just being blown out by Ohio State. So while we read some things into what the committee says this week, we definitely have to beware of reading too much into individual data points.

What the CFP Selection Committee Taught Us: Week 10

Before I get into looking at the actual rankings, I want to mention a comment that Kirby Hocutt said in his interview on ESPN. He called ranking teams more of an art than a science and that they judge teams by actually watching games. While that sounds nice, it is actually a cop-out. It is basically admitting that the “eye test” is the real way to judge teams and that any resume or actual defense of how to judge teams doesn’t matter. The committee may sometimes do that, but admitting it is bad form, especially when it spends so much time telling us that strength of schedule is important.

In the actual rankings, there were some weird results this week. Last week, Texas A&M was ahead of Washington, even though it had a loss. This week, Ohio State stayed behind Washington, even though the Buckeyes have beaten three teams in the Top 20, compared to just one for Washington. Hocutt explained that this was because Texas A&M’s loss had been to the No. 1 team, Alabama. This is strange because, cynically speaking, it means that the committee values a loss to Alabama (by 19 points, no less) more than actual valuable wins. Additionally, that rings hollow because LSU dropped 11 spots after losing to Alabama by only 10 points this week. In fact, LSU dropped more spots than Nebraska did, while the Cornhuskers lost to Ohio State by 59 points.

The rankings this week were actually more static than we’ve seen from the committee in the past. With a few exceptions (those being Virginia Tech and Oklahoma State), everyone ranked fourth or below just slid up spots when teams in front of them lost. That actually holds true across the board–four teams jumped Texas A&M, nine jumped Nebraska, 11 jumped LSU, and everyone who had been behind them jumped Baylor and Florida. The past two seasons, we have seen shuffling as the committee consistently re-evaluated teams. This week, at least, that’s not what seems to be happening. The committee seemed very locked in to what happened last week, only shuffling teams up when teams in front lost.

Why exactly Virginia Tech and Oklahoma State jumped teams is a bit of a mystery. Oklahoma State had a decent road win over Kansas State, but nothing else the Cowboys did should stand out in a way that helps them. In fact, their loss to Baylor now looks much worse. Maybe the committee changed its mind a little on how to judge the Western Michigan loss, but this jump is puzzling. Similarly, all Virginia Tech did was barely beat Duke. None of its early-season opponents had superlative weeks, so it is very hard to explain Virginia Tech’s sudden jump.

To answer our questions that we started this week with, we really don’t have any answers. Texas A&M’s punishment for a bad loss was dropping four spots. That makes sense because of the head-to-head win over Auburn, but it’s still shocking to see. Florida, on the other hand, got punished brutally (falling from No. 11 to all the way out of the rankings) for a lopsided loss to Arkansas, who just snuck into the rankings at No. 25. LSU and Nebraska also got brutally punished for losses, even though they were to top teams.

And nothing really noteworthy happened in the bottom of the rankings. Maybe the committee didn’t want to make waves on election night, or maybe it wanted to fall into standard old-fashioned poll thinking.

We’ll find out more about this committee’s thought process next week, but this has absolutely been the committee rankings most similar to the old “poll model” of voting since we started seeing these two seasons ago. Whether this is a one-week aberration or the start of a new trend for this season, only time will tell.