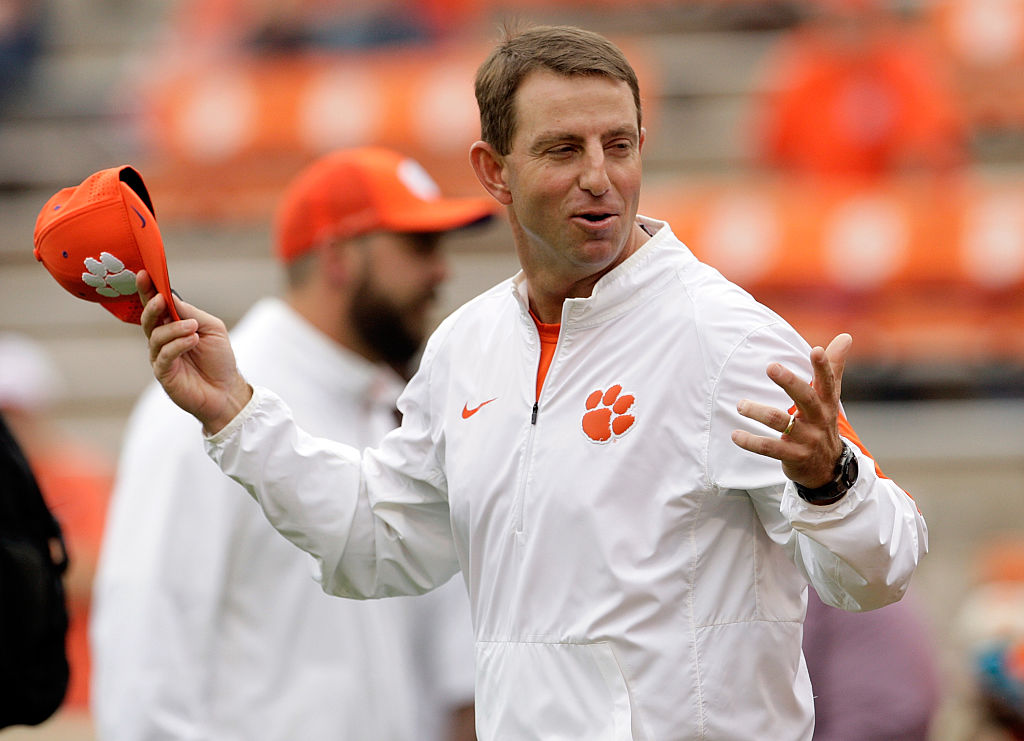 This past season has seen Clemson head coach Dabo Swinney become quite the household name. Not that he wasn’t all that unrecognized before, but with Clemson running 14-0 with an ACC championship, claiming the number one spot in the major polls and College Football Playoff and dismantling Big 12 champion Oklahoma to advance to next week’s College Football Playoff National Championship Game against Alabama, more and more people are starting to get to know the name Dabo Swinney. Of course, his real name is William, but you can hardly be blamed for not knowing that. Heck, Dabo didn’t even know it until he got to third grade.

Dabo on his name: "This is honest to God truth. I had no idea my name was even William until like the 3rd grade because of those scantrons."

If you are wondering why Swinney goes by Dabo instead of Will or Bill, as most people named William are more likely to go by for short, you can go back to when Swinney was an infant. Swinney’s older brother, Tripp, 15 months old at the time, constantly tried to say “that boy” when referring to his brother. But as 15-month olds tend to do, he was not particularly articulate with his pronunciation and it came out sounding more like “Dabo,” and apparently that nickname stuck with him from that point on. The Slate profiled the origin of the nickname back in 2009, but with Clemson playing for a national championship it was only a matter of time before somebody dug up the story one more time. What is interesting to note though, is Swinney’s father actually referred to his son more by his middle name (Christopher) by calling him Chris until Tripp landed the new name on his brother.

So, to recap, Dabo Swinney’s real first name is William, his dad opted to call him Chris but he has spent his entire life going by the nickname of an inarticulate 15-month old’s verbal efforts.