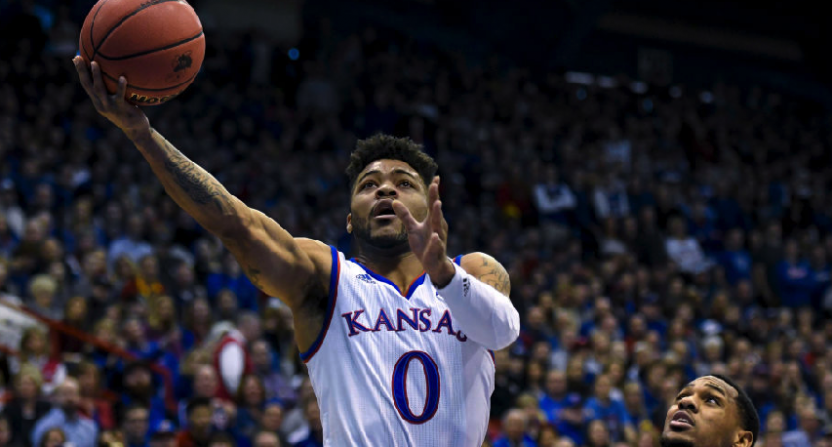 Welcome to March! We’re very close to the Madness and arguably the best time of year on the sports calendar.

The conference tournaments are ramping up throughout the country. Very soon, it will be Selection Sunday. And then we’ll be immersed in the NCAA Tournament and our bracket picks.

As the regular season reaches its end, here are our choices for the coach of the year and player of the year awards for college basketball’s top conferences (the Power 5 and Big East).

Coach: Leonard Hamilton, Florida State
This is a tough choice. There have been a number of great coaching jobs in the ACC. There’s a lot of momentum for Georgia Tech’s Josh Pastner. North Carolina’s Roy Williams just guided the Tar Heels to at least a share of the ACC championship.

But Hamilton has Florida State (23-7, 11-6) in position for possibly a second-place finish at Football State University. The Seminoles were picked to finish eighth in the league. They are one of four ACC teams (Louisville, North Carolina and Virginia) that have been ranked in each poll since Dec. 12. This is only the fourth time the program has reached 11 ACC victories. They are also four overall victories away from setting a school record.

When asked about an under-the-radar coach that doesn't get enough national attention, @CoachBillSelf didn't hesitate…

Player: Justin Jackson, North Carolina
This is more difficult to choose because there isn’t a slam-dunk nominee. Duke’s Grayson Allen was supposed to dominate, but he hasn’t even been the best player on his on team. Duke’s Luke Kennard was poised to snatch up the award until the Blue Devils faltered. Louisville’s Donovan Mitchell was pivotal, helping the Cardinals to a 4-2 record when Quentin Snider.

Right now, you probably have to reward Jackson who returned for his senior season after flirting with the NBA. He’s seventh in the ACC in scoring (18.4) and has scored at least 20 points in eight of his last 11 games.

Coach: Chris Holtmann, Butler
If you’re a Power 5 school with a coaching vacancy – or a potential coaching vacancy – you have to take a serious look at Holtmann. Butler was picked to finish sixth in the conference preseason poll. The Bulldogs (23-6, 12-5) will finish second in the Big East and swept Villanova (27-7, 14-3). They also have non-conference wins over Arizona and Cincinnati.

With a regular-season ending victory over visiting Seton Hall on Saturday, Butler will secure its best Big East record since joining the league in 2013-14. Holtmann is rumored to be a candidate for the N.C. State opening, but that’s not a better job than Butler. However, the 45-year-old Holtmann could be in play at other schools.

Chris Holtmann. Just beat Villanova and Xavier on the road. All these openings (i.e. NC State) should have him on their short list.

Player: Josh Hart, Villanova
No surprise here. The league’s preseason player of the year lived up to the hype. The senior is second in the Big East in scoring (18.6 ppg), fourth in rebounding (6.5), eighth in steals (1.5), ninth in turnover-to-assists (1.7) and is shooting 50.6 percent (39.9 percent from 3-point range).

Hart has led a team that has only lost to Butler (twice) and Marquette. Quite simply, Hart might be the school’s best all-around player since Kerry Kittles, Villanova’s all-time leading scorer.

Coach: Chris Collins, Northwestern
Pat Forde of Yahoo Sports has called Northwestern the “biggest underachieving program in college basketball history” for a good reason. There is NO acceptable reason why a program from a power conference in a city flush with high school talent should be this historically bad. You would have figured that the Wildcats would have accidentally lucked their way into the NCAA at least once.

Collins is on the verge of guiding perennial loser Northwestern to its first ever NCAA appearance. There will be some nervous hand-wringing. Back-to-back losses to Illinois and Indiana will do that. If the season ended today, Northwestern is in the NCAA tournament. If the Wildcats don’t pick up at least one more victory in its final two games – both at home – against Michigan and Purdue, Collins might have to give this award back. What might save Northwestern? It’s a weak bubble.

Player: Caleb Swanigan, Purdue
The most dominant Purdue frontcourt player since Glenn Robinson. Caleb Swanigan could become the third Boilermaker ever to win national player of the year honors, joining Robinson in 1994 and John Wooden in 1932. Swanigan leads the nation in double doubles (23) and is second in rebounding (12.6). Also, he’s second in the Big Ten in scoring (18.6) and third in 3-point accuracy (46.8).

Coach: Bill Self, Kansas
Bill Self does it again. Kansas (27-3, 15-2) rolled to its 13th straight Big 12 championship. In terms of regular-season conference titles, this is something that hasn’t been accomplished since UCLA’s run from 1967 to 1979. What makes it more impressive is that the Big 12 is a strong league. Sagarin.com rates the Big 12 as the best conference in Division I, ahead of the ACC.

Kansas lost at West Virginia and at home to Iowa. That’s it. Iowa State and West Virginia are second and third respectively in the conference. Yes, Kansas was favored to win the Big 12 but you have to give Self credit for fending off all would-be challengers. The Jayhawks probably have already secured a No.1 seed in the NCAA tournament.

Player: Frank Mason, Kansas
The senior guard might be on his way to national player of the year honors. He’s been the dominant force on the nation’s best team. He leads the Big 12 in scoring (20.3), 3-point shooting (50 percent), is fourth in assists (4.9) is ninth in field goal accuracy (48.5) and free-throw percentage (76.9).

But the true measure of his value? Mason is playing a conference-high 36.1 minutes per game. The Jayhawks can’t afford not to have him on the floor.

Coach: Sean Miller, Arizona
Sean Miller might be the best active coach to never reach the Final Four. He has been to the Elite Eight four times (once at Xavier, three times at Arizona). This could be his breakthrough year.

Arizona (26-4, 15-2) is tied for the Pac 12 lead with Oregon. The Wildcats have done so despite injuries. Parker Jackson-Cartwright, Kadeem Allen, Dusan Ristic, Ray Smith, and Talbott Denny have missed games due to injury. Allonzo Trier missed the first half of the season due to a failed drug test, but returned after winning an appeal. Despite the chaos, Arizona has most only to quality opponents: Butler, Gonzaga, Oregon and UCLA.

Sean Miller is my pick for coach of the year so far. What he's done with all the injuries and suspensions is incredible. #ArizonaWildcats

Player: Lonzo Ball, UCLA
Yes, his dad might be nuts. But hey, you gotta love the old man having confidence in his son. Ball has been arguably the most impactful first-year player in the nation. He, along with fellow freshman T. J. Leaf, have saved Steve Alford’s job.

The Bruins have gone from 15-17 to a national title contender. Ball leads the NCAA in assists (7.6) and is the reason why UCLA has the nation’s best offense. He’s the only player in Division I averaging at least 10 points, four rebounds and seven assists per game. He has also set a single-season school record for assists.

Ball isn’t Curry but he could be the second-coming of Jason Kidd.

Coach: Mike White, Florida
South Carolina’s Frank Martin was the runaway favorite until a three-game slide sent the Gamecocks out of the Top 25. Still, he should be lauded because his program was picked to finish eighth in the SEC.

White is in the driver’s seat now. The Gators (23-6, 13-3) were picked to finish second in the SEC but Kentucky was supposed to dominate the SEC. That hasn’t happened. Florida has surged with the exception of a 10-point loss at Kentucky last weekend. The Gators are in position to win a share of the SEC title and the SEC tournament. They could make an argument for a No. 2 seed in the NCAAs.

Player: Sindarius Thornwell, South Carolina
This is a tough call because Kentucky’s Malik Monk (21.5 ppg, 47.3 percent shooting) has been fabulous, especially with his 33-point outburst against Florida last week. The biggest difference between the two: Monk has help with Bam Adebayo and De’Aaron Fox. Thornwell doesn’t have quite the same supporting cast. The 6-5 guard is second in the SEC in scoring (21.0), first in steals (2.2) and fourth in rebounding (7.3). He has helped lead the Gamecocks to a 22-8, 12-5 record.