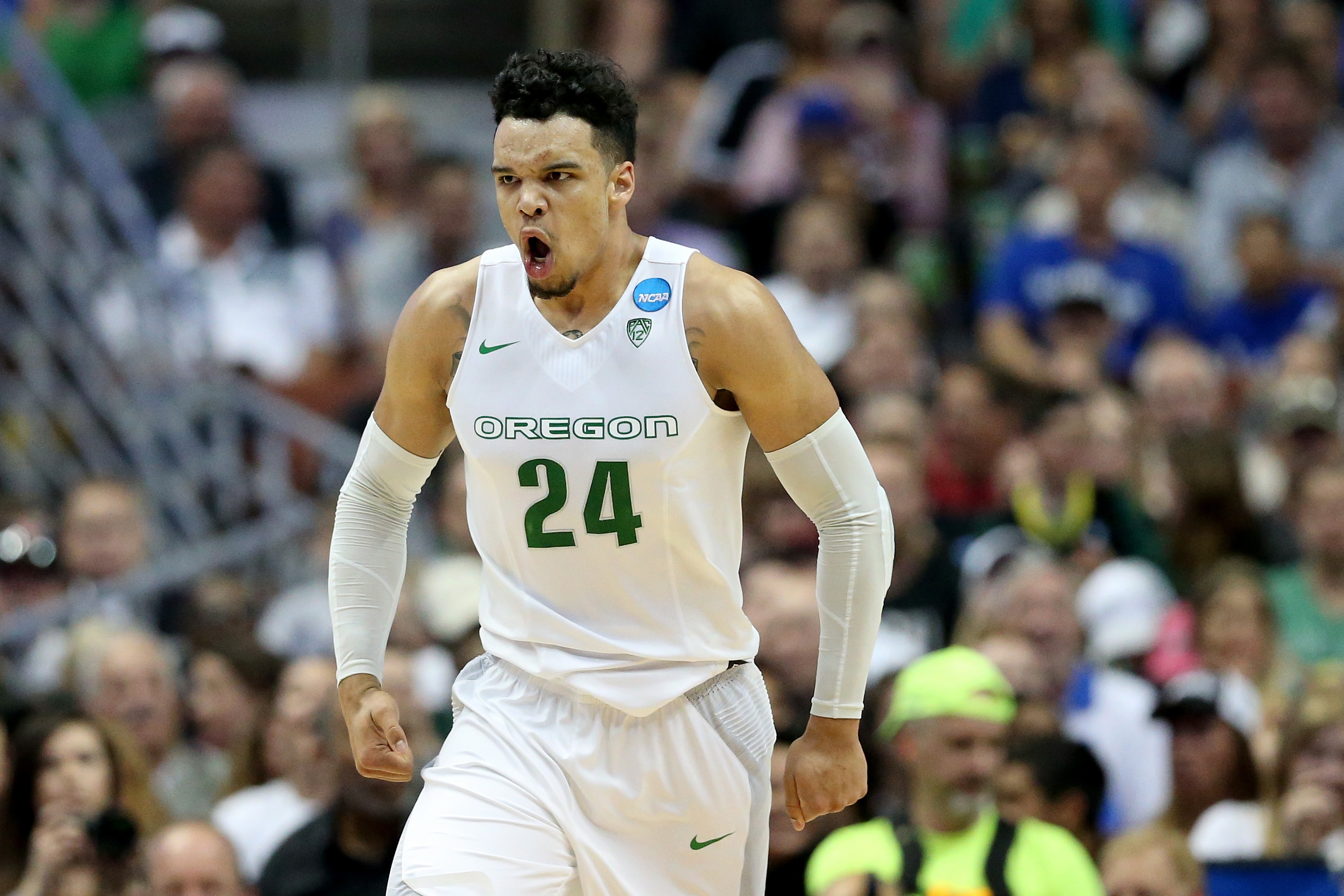 With conference play tipping off on Tuesday, even a small-scale college basketball fan could enjoy a late-December slate already in disarray. In total, four teams ranked in both the AP Top 25 and coaches’ polls, including No. 6/7 Louisville, who tallied a 61-53 loss to No. 12/11 Virginia.

However, similar to the previous College Basketball Stock Watch, one moment, which disassociated itself from a box score, claimed the limelight. Once Michigan State knocked off Minnesota 75-74 in overtime, 90-year-old Dorothy Izzo stepped into the Spartans’ locker room. Better yet, head coach Tom Izzo’s players embraced her like she was all of their mothers. Considering Izzo’s father passed away about a year ago, their affection must have meant plenty to him.

As much as parents deserve to start entering the The Comeback’s Stock Watch, that’ll need to be pondered for a bit longer. Instead, let’s just continue the norm, where one team and a player made a favorable impression, while another pair encountered a slip-up.

Prior to the start of this season, an abundance of concern over Dillon Brooks’ foot injury clouded the junior’s outlook. Without receiving a solid contribution from the guard, the Ducks’ hopes of making another deep run in March Madness appeared bleak. But despite averaging just 13 points per contest thus far, Brooks delivered in the waning ticks versus No. 2 UCLA, hitting a game-winning three-pointer with under a second to go, sending Matthew Knight Arena into a frenzy.

Overall, the 6-foot-7, 225-pounder amassed 23 points and nine rebounds in a season-high 35 minutes. Alongside him, freshman Payton Pritchard flourished in his matchup versus the much-hyped Lonzo Ball. The point guard finished with 15 points, nine assists and only one turnover. If he keeps turning in performances like this one, head coach Dana Altman’s bunch will develop into a powerhouse.

Extending its home winning streak to 34 consecutive contests, the two combined to help match the Pac-12 foe’s arsenal. While UCLA places first in the nation in offensive efficiency (1.22 points per possession), Oregon’s (No. 70, 1.06 points per possession) entire starting unit scored in double-figures. With a win over the undefeated USC Trojans on the docket tonight, the Ducks could separate themselves even more in conference standings.

Although many expected the Red Storm (7-7) to slot into the gutter of the Big East Conference at season’s end, Ponds’ quick transition to the collegiate atmosphere has expedited their progress. In a 76-73 upset win over No. 13 Butler, he generated star-like numbers with 26 points on 9-of-15 shooting, as well as seven rebounds.

Through 14 games, Ponds is accumulating a robust 17.2 points, 5.5 rebounds and 3.7 assists per contest. Fellow freshmen point guards Markelle Fultz (22 ppg), Dennis Smith Jr. (18.9 ppg) and the aforementioned Ball (13.7 ppg) have all dominated in spurts, but the Big East Preseason Rookie of the Year has now carried the inexperienced core to back-to-back unforeseen wins. The other came about at Syracuse, where the Johnnies torched the struggling Orange (8-5) in a 33-point victory. Ponds led the way with 21 points, seven assists, four steals and no turnovers.

Moreover, Ponds’ dexterity to either attack the lane or pull-up on a dime with his sweet, lefty stroke causes trouble for any defender in spite of his 6-foot-1, 170-pounder frame. Anticipate sustained success for the Brooklyn, New York native when St. John’s faces DePaul on Sunday.

Following a 9-1 start in non-conference play, Indiana ( looks pedestrian of late, losing two of their last four games. One of them occurred against Nebraska (7-6) in the Big Ten opener, allowing head coach Tim Miles’ group to shoot a combined 48.4 percent from the field in a 87-83 loss. The defeat halted a 26-game winning streak at Assembly Hall.

Indiana had a 95.4% chance to defeat Nebraska tonight, per our Basketball Power Index

Offensively, head coach Tom Crean’s gang seemed in sync, paced by junior guard Robert Johnson’s 17 points on 7-of-11 shooting. Nevertheless, Nebraska induced 21 points off 19 of the Hoosiers’ turnovers. That issue has plagued Indiana throughout the season, positioning itself at No. 306 in turnovers per possession (21.4 percent). With two gritty defensive squads in Louisville and Wisconsin on the horizon, the team must cut down on the mistakes.

After forward Ben Bentil’s departed for the NBA in June, the 6-foot-8, 225-pounder grasped an opportunity to govern the frontcourt. His latest two-point showing was the ultimate lowlight in a 26-point loss at No. 17 Xavier to tipoff the Friars’ Big East schedule, though. The forward shot a mere 1-of-11 from the field as well.

Albeit averaging 18.1 points per contest, he has scuffled mightily in the last four affairs, stringing together a 26 percent clip (13-of-50). Due to a lack of dominant scoring sans the aforementioned Bentil and Kris Dunn, Providence (10-4) can’t afford an empty stat line via Bullock, especially versus the contenders of the conference.

On top of that, the Virginia native also failed to impact the glass with just three rebounds. Forward Emmit Holt, who’s collecting 13.5 points and 5.8 rebounds per game, didn’t help his cause either, picking up his fourth foul early on in the second half. Hence, Bullock was exposed against a rather small lineup. If Providence hopes to bounce back in a crucial contest with Butler on Sunday, it’ll require junior to shake off his woes.