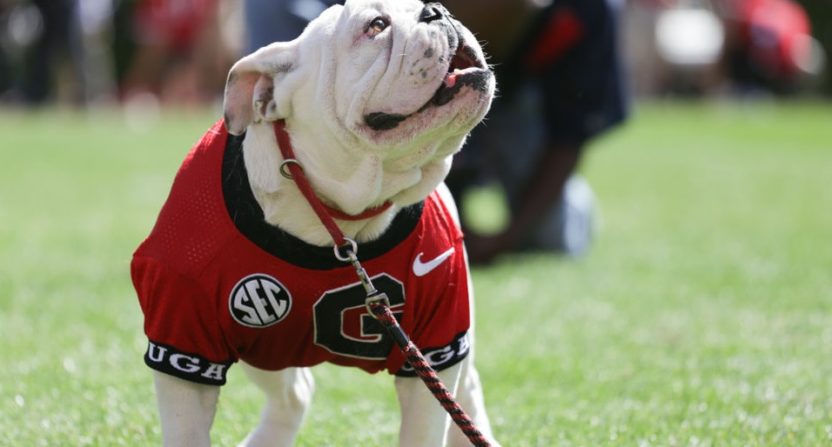 The Georgia Bulldogs are visiting Notre Dame this weekend, and Bulldogs fans are flocking their way to South Bend buzzing with anticipation for the first meeting between the two schools in decades. No Georgia fan wants to be late to the party, and that meant some trouble for Delta.

As often happens in the airline industry, Delta had a bit of a hassle with an overbooked flight leaving Atlanta to South Bend on Friday morning. In order to get the first morning flight off the runway, Delta had to make room from an overbooked flight, and it was willing to pay big to any fan willing to accept a seat on a flight later that evening to Indiana. Delta was offering $2,200 to any Georgia fan willing to take the seat on the later flight.

Delta offering "$2200 for fans to take the next flight.. you can see a lot more Georgia games" pic.twitter.com/7cVRAlEwC8

They bumped offer to $2,800 and not one person has hit their call button to take it https://t.co/BUAPtP8dY5

Needing to get this flight off the ground, Delta quickly bumped up the offer to $3,000 and still no Georgia fans were taking them up on the offer.

This flight has to get off the runway, though, and no Georgia fans were thinking they could take the $3,000 and find another way to South Bend, see the game, and still potentially turn a profit. So, without any other choice, Delta once again raised the offer.

Finally, Delta had a taker.

Sold!!!
This kind lady volunteered to get bumped.. for a 7pm flight tonight to South Bend.. for $4,000…
Not one fan wanted to get in late pic.twitter.com/gCOwFpz2Hf

Honestly, Delta would have had me at the initial $2,200 offer without hesitation. Maybe I’m a fool.