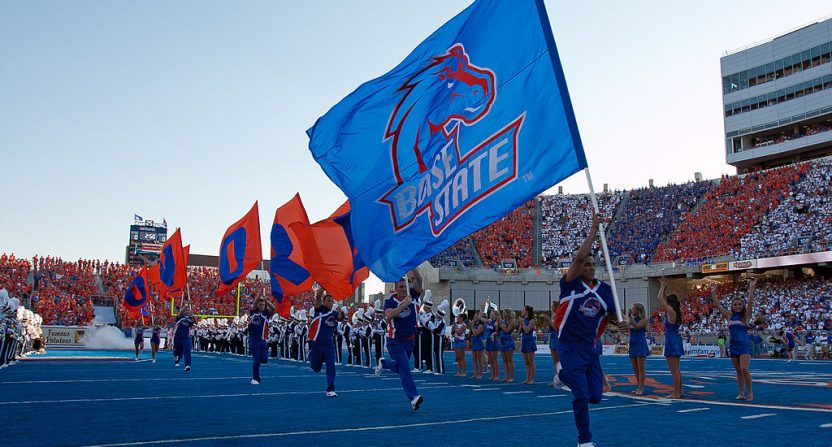 Like a high school 3.9 at a Yale Scattergories party, sometimes you just find yourself in a place you’re not used to. Thus sums up “undercover” Boise State football in 2017.

If it feels like it’s been since the days of the WAC that BSU was under the radar, that’s probably somewhat accurate. The most successful program over the course of the first decade of the century (wins-losses wise) has become accustomed to outsized expectations. But only recently, Boise State has fallen short of such projections. Insert the “that’s why they play the game” quote.

The last two seasons, the Broncos have entered the college football campaign as favorites, if not somewhat heavy ones. Both times, they’ve failed to make the Mountain West championship game. In fact, in the last four years, they’ve made only one MWC title game, which is somewhat remarkable for Boise State.

This year, however, if you’re looking for the usual slate of championship expectations and at its potential summit, unrest for the CFB Playoff crew because Boise is hanging around being unbeaten long enough to make people sweat, you won’t find it anywhere. 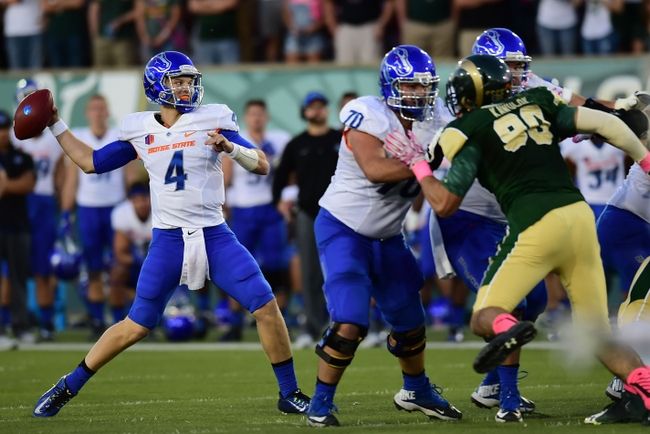 Some of it appears justified based on logistics. Boise State goes on the road to play the two division favorites, Colorado State (in their own division) and San Diego State (defending conference champs). They also return only nine starters, and the “returning starters theory” argument is one of those you can easily write down on paper and no one will really dispute you on it.

Then, at least with many on this current roster, there’s been a late-season fade pattern the last two years, seeing them go 3-2 to close out the season whilst in the thicket of a conference title race. Both seasons included losses to Air Force, who happens to be on their schedule late again in 2017, right after aforementioned conference favorite Colorado State.

But maybe this is where Boise should want to be: Buy low, sell high.

They feature a returning starter at the most important position in the sport with Brett Rypien at quarterback, and maybe some of the load will be off as college football has expected the world from Rypien since he hit the field and showed his talent. NFL scouts haven’t forgotten him, but a few ugly losses last year have painted Rypien and Boise as more paper tiger than a tiger you take pictures of at the zoo that really wants the bars to melt while you’re sitting there so he can get loose.

And yes, do-everything back Jeremy McNichols is gone, and you don’t just replace McWeapon. But the Broncos seem to always get max mileage out of whoever they recruit at the position, and Alex Mattison seems to be next in line.

The linebacking corps is young, but reports of Boise’s annual defensive demise don’t take into account the fact that they give up a LOT of points when already ahead. Last season, 31 percent of their points allowed came in the fourth quarter when up 17 points or more.

For the most part, other than the defensive line, the team is riddled with inexperience on the stage they’ll be trying to emerge upon, and sometimes that’s totally fine. This roster will be nearly all Bryan Harsin-era recruits.

Dissidents will point out that his best year was his first, primarily with someone else’s recruits. But the truth of the matter is that Boise has been awfully good in his tenure, only to have slip-ups late. That’s where the pressure sets in, which is why Boise will be in a different place in 2017 regardless of where they are come the last few weeks of the season.

The MWC is allegedly Colorado State’s or San Diego State’s, which is probably a little bit different of a tune than the conference is humming this time every year.

No one should be surprised if upstart Boise State turns out better than “favorite” Boise State in 2017. As a general theme in life, under promise… over deliver.