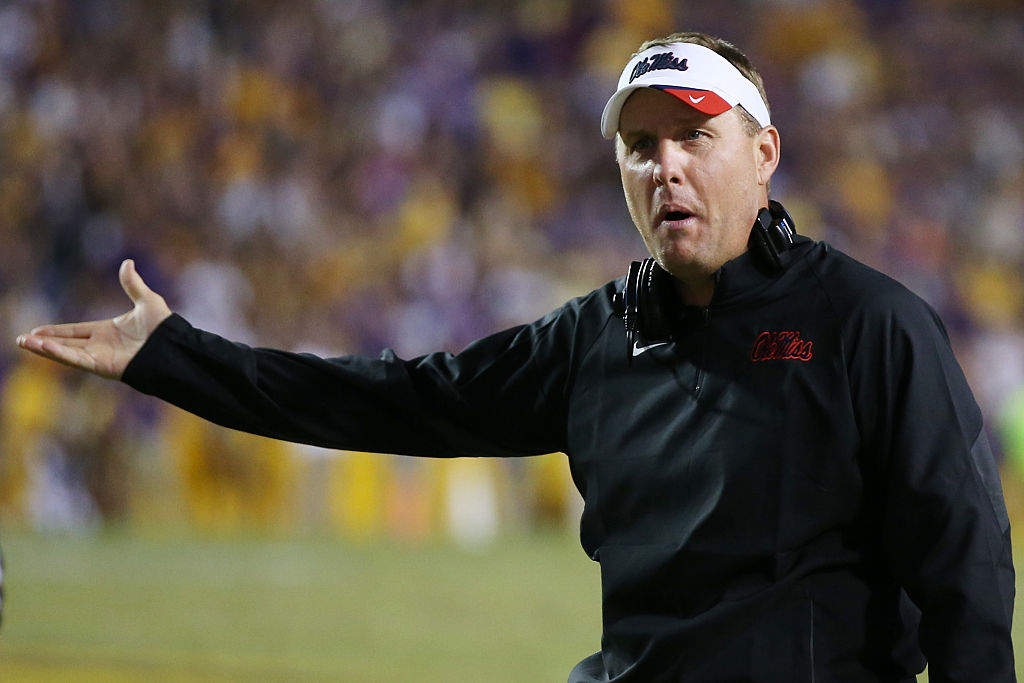 Fall camps are opening. Both LSU and Texas hired new head coaches during the offseason. Both have started their first full media season on the wrong foot.

Ed Orgeron closed off media access to LSU fall camp practices and walkthroughs, lest brief live shots of players stretching shown on TV create a competitive advantage for an opponent. Paul Finebaum accused Orgeron of revisiting the paranoia of his Ole Miss days.

“I think he’s already made a big mistake,” Finebaum said. “The average fan out there doesn’t understand that we – we being the media – we’re not getting anything out of that first 15 minutes except that we can send back video to our TV stations or pictures or whatever, but it’s just a little thing that I don’t like. I don’t like that. I didn’t like the fact that they were shutting other schools out of satellite camps.

“To me, it does show paranoia. It shows the old Ed Orgeron that I thought he had left behind, perhaps, in Ole Miss. I just think it’s a bad look for him, someone who I think can grow into a good coach, but he’s going to have to do it pretty quickly.”

Tom Herman did not close off media access. But Texas banned media members from publishing on social media during practice interviews. The Longhorns portrayed this as an effort to “increase accuracy and insure [sic] the necessary context” in social media reports.

Texas has decided to ban football writers who cover the team from using Twitter or any social media during post practice interviews ? pic.twitter.com/2yO9QrcZff

Nothing charms those who write for a living quite like being condescended to and being instructed how to perform their jobs by someone who could not master the insure/ensure difference.

The media relationship is important in sports. It’s vital in college football. The media shapes public perception. Public perception affects recruiting. Promoting the program, during the 350 days per year or so the team isn’t playing football, is the primary job.

This maxim is true in any vein of media. John McCain gets a lot of favorable media coverage. He gets that because he’s gregarious, gives useful, unscripted quo00tes, and will drop the odd bomb when the mood suits him. Politicians who are standoffish and only deliver bland party lines don’t receive the same treatment.

How gracious a baseball player was when beat writers tried to interview him 20 years earlier tends to weasel its way into consideration of the player’s Hall of Fame candidacy.

We see this in college football. Reporters like Mark Richt. He makes media members’ jobs easier. Media members who work with him on a day-to-day basis are far more charitable than bloggers analyzing him from afar. He disappointed for nearly a decade at Georgia, sprinkling in some awful seasons, without suffering a grievous hit to his reputation. Miami is still portrayed as a clear program on the rise, despite Richt turning in an 8-4 regular season Al Golden could have produced in 2016.

Both Herman and Orgeron are aware of how the media works and how to work the media. Coach O was quite friendly when he was angling for the permanent LSU job. Tom Herman was one of the media’s favorite coaches to work with, when he was building the brand at Houston that got him hired at Texas.

Coaches at major programs can get away with thwarting the media. Nick Saban can be a profound grump unless he has a point to make or ESPN wants to do a feature on campus. Jim Harbaugh institutes a “submarine” policy during Michigan’s fall camp, shutting the program for weeks and leaving the media to talk amongst themselves. It can work out if you win.

Problems come when you don’t win. Coach O is no longer the feel good, interim alternative. He’s the guy now. He bears the responsibility. He will be the one coping with another loss to Bama or a down year against a tough schedule. Having a team collapse down the stretch? It would be a far bigger deal for Herman at Texas than it was at Houston.

That’s not to say either of their tenures will turn sour. But stunts like this that irritate media members won’t help them if they do. Nothing, moreover, says “insecurity” in a regime like grasping for more control over media coverage.