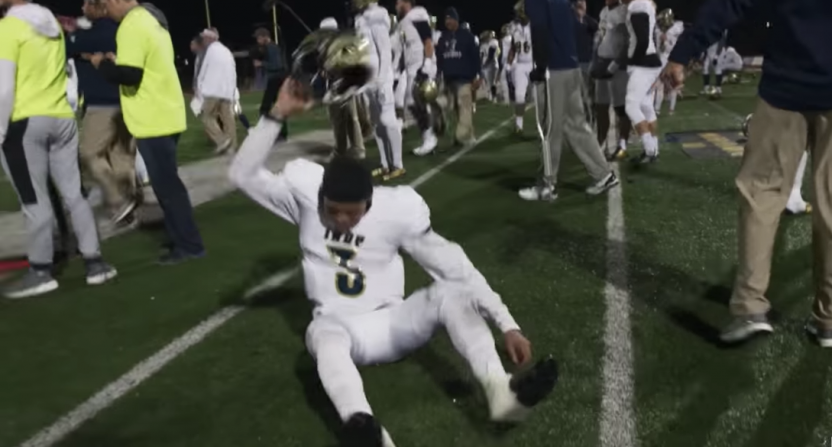 Malik Henry was a major focus of seasons 3 and 4 of Netflix’s Last Chance U, but not always in a positive light. But things are now trending up for him; Henry joined the Nevada Wolf Pack as a walk-on this January, and Monday saw him announced as their starter for this week’s game against San Jose State.

Henry was a five-star recruit out of high school (but wound up playing for four different high schools), and he was highly targeted by a lot of teams, but chose Florida State. He left the Seminoles after just a year, though, and wound up at Kansas’ Independence Community College just in time for season 3 of Last Chance U. However, as our Ben Koo wrote in his review of that season, Henry didn’t perform too well on the field (10 touchdowns against eight interceptions) and didn’t exactly come across well on camera:

…What rang loud and clear was that Henry is, at the very least, a very high-maintenance person. I thought about creating a list of the incidents Henry was involved in throughout the season, but the reality is that there were more episodes and games that did have significant incidents than didn’t have them. He just never seemed to mature or be self aware enough to know he needed to for the betterment of himself and the team.

From smaller things like pouting about play-calling, personnel decisions, and a lack of organization at times, to much more significant moments like taunting opposing players with racial slurs, blatant insubordination, and general academic and athletic indifference, one has to wonder if Henry may have shut the door in his football playing career. If he’s currently a football orphan with what’s already known about him, I’m hard-pressed to think a major D1 program will see the pattern of behavior shown in this season and want to take a chance on Henry now.

Here’s one instance of Henry trash-talking opposing players, this time with “Your momma raised a bitch”:

Malik Henry gave us one of the best Last Chance U moments to date pic.twitter.com/HIlf2M2BcM

Interestingly, Henry wound up sticking around with Independence for another year, and wound up in a quarterback battle there that he initially lost (amidst everything else going wrong for the team, and with much of that chronicled on camera). But he showed enough to earn a walk-off opportunity at Nevada. And while that didn’t initially lead to Henry starting (redshirt freshman Carson Strong won the starting job out of camp and played in a win over Purdue, a loss to Oregon, and a win over Weber State, then senior Cristian Solano led the Wolf Pack to a win over UTEP), he now has a chance after Strong and Solano both struggled in a 54-3 home loss to Hawaii last week. Here’s what Nevada head coach Jay Norvell said about Henry Monday, including “He’s earned his opportunity here”:

Jay Norvell has reiterated all season there's more than on the field business that goes into being a quarterback.

Here's more on his decision to give Malik Henry his first FBS start on Saturday. pic.twitter.com/7MU4Yr3pAc

We’ll see what Henry does with this next chance.