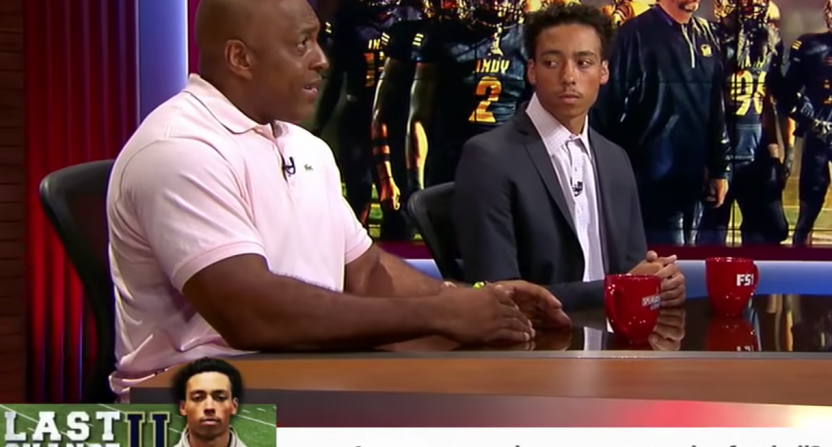 The consensus biggest question mark coming out of season three of Netflix’s Last Chance U was by far “What’s Malik Henry going to do next?”.

For those unfamiliar with the junior college football documentary series, the first two seasons showcased high-profile quarterbacks looking to find their way back to Division 1 football with John Franklin III landing at Auburn and DeAndre Johnson transferring to Florida Atlantic, where, coincidentally, Franklin transferred to  after a year at Auburn. Franklin as well as Johnson were initially Florida State players who transferred out of the program.

This leads us to Malik Henry, who, oddly enough, was another high-profile Florida State QB transfer that didn’t find success with the Seminoles. What’s different about Henry is that when Season 3 of the show (the first to focus on Independence Community College in Kansas rather than East Mississippi Community College, the school shown in Seasons 1 and 2) aired in June, it was unclear what Henry’s future was. It seemed he had not found a suitable landing spot for his next chapter. Both Franklin and Johnson’s next step was known well in advance of the show’s summer release, while Henry remained a big question mark.

Adding further intrigue was the fact that Henry certainly did not present well on the show. He spent a considerable amount of time quarreling with coaches about a myriad of things like logistics, academics, and play calling, seemingly was never very popular with his teammates and often bumped heads with other players, and most notably was consistently penalized for taunting opponents despite multiple warnings by coaches and referees. Beyond the rocky relationship shown last season, Henry didn’t exactly light it up on the field either, although a lot of that may stem from the fact that the Pirates seem to be a more run-focused offense.

That’s a long ways of saying that if Henry couldn’t find a place to play by this summer, the release of the series wasn’t going to help at all. In fact some thought he wouldn’t play again and would potentially look to restart his former baseball career.  The portrayal of Henry was so bad, he had to do a bit of a mini media blitz to present a counter narrative that he wasn’t and isn’t as bad as viewers believed. But despite these media appearances, it wasn’t exactly clear where Henry would land next.

Although Henry did appear back on Independence CC’s football roster, through two games we’d yet to see Henry show up in the stat sheet. However Henry came out as the starter for the Pirates third game and below you’ll see his first snap back.

JUCO players are known to bounce around a bit and wasn’t entirely clear if Henry would actually be back on the field for the Pirates, especially considering Henry himself played at four different teams just in high school. What’s interesting about Henry’s return, though, is that once again, he doesn’t seem to have taken off. The Pirates not only lost the game, but had two other quarterbacks play significant snaps in the tight loss. The three QBs who did play including Henry, were actually in addition to the Pirates’ starter for games 1 and 2, so if you’re counting that would make four quarterbacks that Independence has used for extended periods of time in close games.

So if you’re hooked on Netflix’s Last Chance U and excited about the upcoming Season 4 (which is again focusing on the Pirates.….we gave last season a meh review), the team is three games into its season and have already used four quarterbacks including Henry. And without giving too much up…..things are not going great. (It rarely is when you’ve played 4 quarterbacks in three games).

So for now, we can put to bed where Malik Henry is playing. If you were hoping to see him get a second chance at turning around his career at Independence, I’m not sure being mired in a four-way quarterback QB battle is a good indication that Henry will eventually find his way back to into a D1 program. However, while that might not be the best sign for Henry’s football future,  I imagine this will make for some great television.