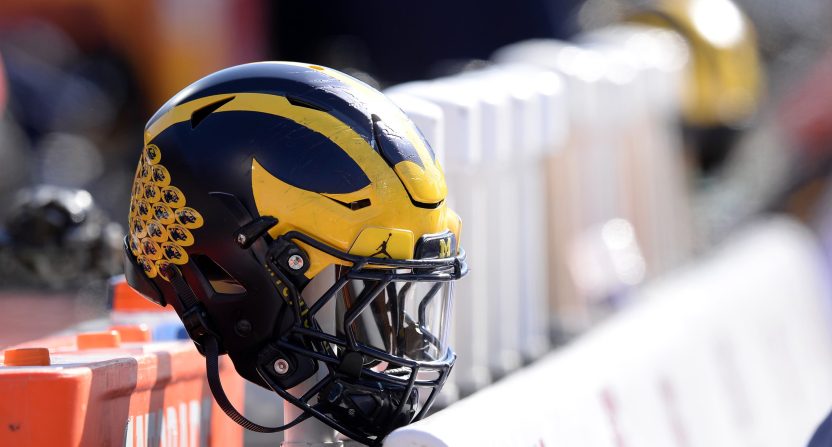 When you think of notable Michigan Wolverines football coaches, you often think of Bo Schembechler, Lloyd Carr, or Jim Harbaugh. While Gary Moeller might not be remembered fondly by some fans, his five seasons as Michigan coach were better than he got credit for, and that’s what many college football fans were noting Monday when news that Moeller has died made the rounds.

Moeller, who played for rival Ohio State, took over the Michigan job in 1990 with the unenviable task of replacing Schembechler. In his first three seasons at the helm, the Wolverines win at least nine games each year and went to two Rose Bowls. His 1992 squad infamously went 9-0-3 in one of the more unusual “unbeaten” seasons. Michigan went 8-4 in the following two seasons, which didn’t meet the high standards that the school has for its program, and he resigned in 1995, though an alcohol-related incident at a local restaurant also played a role in ending his tenure.

“The football world lost a great man in Gary Moeller,” current Michigan head coach Jim Harbaugh — who was teammates and a captain with Moeller’s son, Andy — said in a statement. “Coach Moeller cared for his players and his teams and was devoted to the University of Michigan. He gave a lot to the game of football, excelling as both an offensive and defensive coordinator and head coach in the college and NFL ranks.”

He would later go on to work in the NFL after that, spending time with the Cincinnati Bengals, Detroit Lions, Jacksonville Jaguars, and Chicago Bears. Moeller stopped coaching after the 2003 season. He was 81 when he passed away on July 11.

Plenty of people from around the college football world paid their respects to Moeller on social media once the news was announced.

Mo will always be one of my favorites. https://t.co/iu74RInzcU

Very sad to see this news. Michigan football was fun during Gary Moeller's tenure. Some of my favorite memories are from his five years.

Always thought he got a raw deal, though maybe the program had plateaued with him. Maybe the Lions would've been OK with him too! #RIP https://t.co/VNVAfh3OVV

Coach Moeller was a class individual. So sad to hear of his passing today, on the 22nd anniversary of John Vitale’s funeral. John was another Wolverines great. https://t.co/is18oaD65y

This man posted a 9-0-3 record one year, was on the losing end of the Kordell Stewart bomb, and won 77 percent of his games in Ann Arbor before they ran him out. Huge impression on a young fan. https://t.co/5GHxlgjdgz