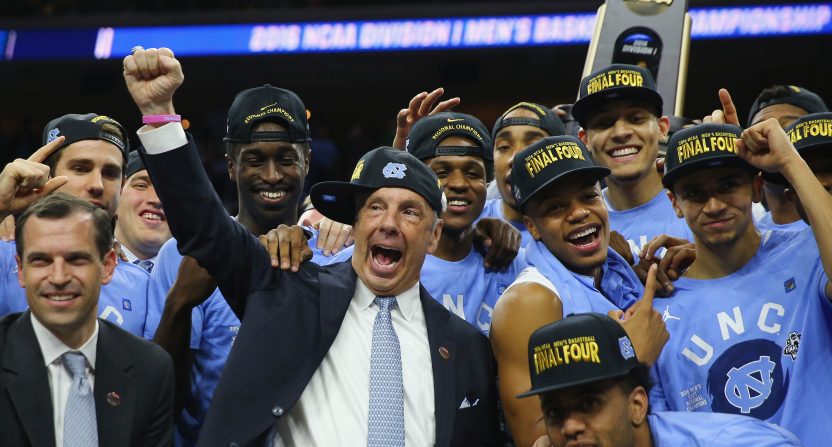 Less than a week after North Carolina repealed the anti-trans law HB2 and replaced it with the not-that-different HB142, the NCAA has decided that it will “reluctantly” return championship games to the state.

Last week, the elected officials of North Carolina enacted compromise legislation that repealed HB2 and replaced it with a new law, HB142, that addressed a number of the concerns that led to the relocation of the NCAA championships. As with most compromises, this new law is far from perfect.

The NCAA did not lobby for any specific change in the law. The Board of Governors, however, was hopeful that the state would fully repeal HB2 in order to allow the host communities to ensure a safe, healthy, discrimination-free atmosphere for the championship sites. While the new law meets the minimal NCAA requirements, the board remains concerned that some may perceive North Carolina’s moratorium against affording opportunities for communities to extend basic civil rights as a signal that discriminatory behavior is permitted and acceptable, which is inconsistent with the NCAA Bylaws.

However, we recognize the quality championships hosted by the people of North Carolina in years before HB2. And this new law restores the state to that legal landscape: a landscape similar to other jurisdictions presently hosting NCAA championships.

The NCAA initially pulled all of its championship events, including the NCAA Tournament, from North Carolina, after HB2 forced people to use the bathroom of the gender on their birth certificate, not the one they identify with.

However, after the moved NCAA Tournament games caused 2-seed Duke to cede a home court advantage to 7-seed South Carolina and lose in the second round, lawmakers quickly passed a compromise, HB142, in order to give North Carolina cities the chance to bid for NCAA championships through 2022.

Here’s what the Charlotte Observer said last week about businesses that objected to HB2 but will choose to return now that HB142 has been passed:

House Bill 142 literally does not do one thing to protect the LGBT community and locks in HB2’s most basic and offensive provision. It repeals HB2 in name only and will not satisfy any business or organization that is truly intolerant of an anti-gay environment and of a state that codifies discrimination.

The NCAA has shown before that it will occasionally stand up for human rights if a law or display is so egregious that anyone can see that it’s discrimination. However, the association seems to be okay with discrimination in practice, as long as it doesn’t look quite as bad. And bowing to the pressure to return championships to the state after a sort-of-repeal isn’t a good look, either.

North Carolina did the dance with the NCAA while still allowing discrimination, and it succeeded. That doesn’t speak well to the NCAA’s spine when it comes to actually protecting the rights of its athletes and fans.