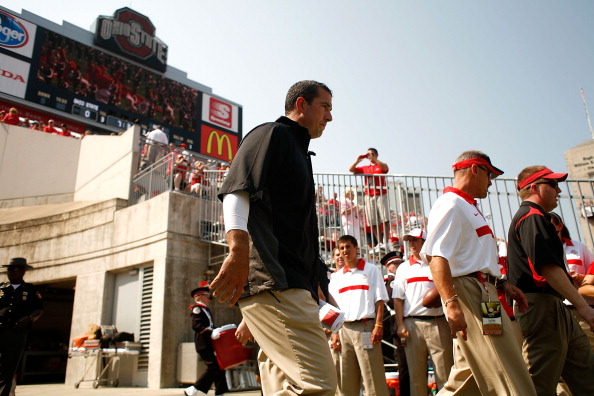 Growing up in Columbus, Ohio, Ohio State University is everything. It is a city with a metropolitan area larger than two million people, yet on Saturdays it becomes like every other college town.

No one knows of the intensity of OSU better than Luke Fickell. Born and raised in Columbus, Ohio, Fickell was a three time state champion wrestler at St. Francis DeSales High School as well as a football standout. He only had to go a few miles down the road from his high school to find success at Ohio State. Fickell started a school record 50 straight games at nose guard under John Cooper. He was someone who knew success because it emanated into every part of his life.

Fickell has been an assistant coach under three different Ohio State head coaches; Urban Meyer, Jim Tressel and Cooper. That type of experience would normally have a coach of his prowess in multiple head coaching positions at this point. Many will point at his year as an interim coach at OSU in 2011 and say that Fickell missed an opportunity to put a strangle hold on the head coaching position. Fickell ended his one year as an interim head coach with a 6-7 record including a loss to Michigan. He could have easily packed up his bags and gone elsewhere. Instead, Fickell swallowed his pride and returned via a demotion as a co-defensive coordinator.

It is only a tiny sneak peek into what Fickell has done during his coaching career but it should be exciting for those that are Bearcat fans. The amount of players he has personally developed into NFLers is astounding. Darron Lee, AJ Hawk and James Laurinitis were all-star players coming into Ohio State and he was able to put them in a position to succeed. He’ll now get an opportunity to revive a once up and coming Cincinnati program.

Southwest Ohio will forever be underrated for the players it produces. Due to the geographic placement of the Queen City, multiple programs can come in and recruit heavily. Notre Dame and Kentucky have been doing it for years and even big time programs like Alabama and LSU can come in and win a recruit or two. High schools like St. X, Colerain, Elder and Moeller have consistently pumped out four and five star recruits. They have players that are for the taking, year in and year out. It has become the wild, wild west for recruiting and if anyone can lock it down, Fickell should be up for the task.

Cincinnati, much like Columbus, has a two million person plus metropolitan area. Average Bengals and Reds teams have allowed for a large void in the city’s sports consciousness. Cincinnati is also peculiar for its positioning in the state itself. Rather than buying into the “Ohio against the world” mantra Columbus and Cleveland have bought into, Cincinnati is on a proverbial island. They are fine not being in the rest of the state’s reindeer games. You can make a sizable footprint given the climate surrounding the town that it is a unique situation. The appeal for potential recruits won’t just be above average chili, it will be the blank canvas they can use to create their own masterpiece.  They’ll have the opportunity to mold a program from almost scratch.

Fickell will be able to point to multiple NFL players and talk about how he developed them. It may seem like a small victory, but for recruits looking for a pathway into the league, that kind of pitch can’t be topped. It may not have a national championship at the end of it all, but it does have the appeal of building something that is his own. Being a Bearcat legend can become desirable. Fickell knows how to be a legend and how to shape one too.

This likely won’t be the final stop for Fickell as he himself has outstanding potential to go elsewhere if things go well at Cincinnati. Just for a moment, he is stepping out of the spotlight of the former head coaches he coached under at Ohio State. Luke Fickell is his own person, he can finally make something that is completely his own. It is a tantalizing proposition and if his past is any indication, he will succeed in short order.

It’s what Luke Fickell does.