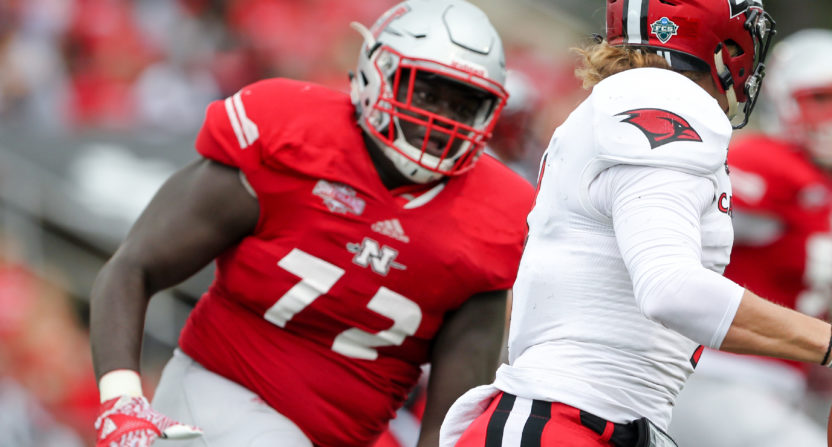 Defensive tackle Ronald Ollie bust onto the scene and became a focal point of season one of Netflix’s show Last Chance U, a documentary series that followed the football team at East Mississippi Community College.

On the show, Ollie was chasing his dream to play in Division I football while going to class for his Interdisciplinary Studies major. After community college, Ollie went to Nicholls State for his junior year and even got to play against the University of Georgia, losing 26-24. Ollie’s main highlight was an 84 yard fumble recovery for a touchdown off of a blocked kick.

Now, after a year in Louisiana, Ollie asked and was granted permission by Nicholls State to transfer to another school for his senior year.

“I guess I wasn’t happy there and chose to leave,” Ollie said. “There were other things going on to, but I wasn’t happy. I plan on playing again. A couple schools have called me. No major schools, so I’m just waiting and being patient. I can’t force it.”

Ollie noted about having to adjust to being a recognizable college football player and that because of Last Chance U, becoming a local celebrity in his hometown.

“I don’t like all the attention, everything’s been pretty difficult since the show (aired) and I went to Nicholls,” Ollie said. “But I still do me. I just try to joke and have a good time. That’s just who I am.”

This leads into the long-awaited new season of Last Chance U. Season two is set to release July 21 on Netflix and Ollie said that he will be involved in season two.