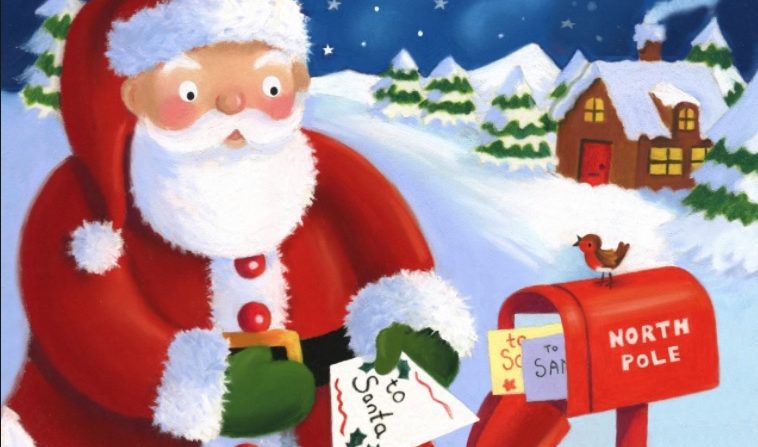 Christmas is almost here. It’s that wonderful time of the year when we wait for Santa Claus to deliver presents.

And it’s not just kids writing letters to Santa, making the case that they’ve been nice and deserve special gifts. Even college basketball coaches write letters to Kris Kringle in anticipation of Christmas. Here’s our best guess on what they asked for.

I’ve been very good this year. In fact, I’ve been great lately. The best team in the Pac-12 isn’t Arizona, Southern California, UCLA or Oregon. Nope, it’s my Arizona State Sun Devils. Not only are we undefeated (10-0 for the first time 1974-75), but who has two better non-conference victories than us? We won on a neutral court against No. 15 Xavier and beat No. 2 Kansas at Allen Fieldhouse.

We should be 12-0 when we face our showdown Pac-12 opener at Arizona. Can’t wait to drop the People’s Elbow on Sean Miller’s smug face. The state of Arizona is a Sun Devil state now, brother! John McCain has two flags flying outside of his house – one is the Stars and Stripes, the other is Arizona State’s.

No one knows when Coach K will retire at Duke, but hard to think of a better potential replacement than Bobby Hurley. Fearless. Would embrace following a legend.

Everyone knows I’m a coach on the rise. Look, I got sorry, no-account Buffalo to the NCAA Tournament. Now, I’m making miracles happen in Tempe. What’s next for me? Santa, you know what I want. Please send me a guaranteed Final Four appearance to cement my legacy as the greatest Arizona State coach in school history. Then, convince Mike Krzyzewski to retire so I can take over at Duke. C’mon, they can’t give to Jeff Capel, Chris Collins or Tommy Amaker. Puh-lease.

I know. Technically, I’m an NBA coach but let’s face it. That’s probably not gonna last. Santa, life in the NBA has been just kinda meh. I know. I know. Thunder management did a great job of getting me Carmelo Anthony and Paul George in the offseason. And it’s my job to get this team to challenge Golden State.

But the reality of it, Santa, is it’s not gonna happen. Right now, we’re the No. 8 seed and listing around .500. Who is going to get the blame if this ship doesn’t turn around? Me. It’s not fair. I realize that I’m ultimately responsible, but it’s a flawed mix. You try coaching a team of ball-stoppers like Russell Westbrook, Carmelo and PG-13. There’s a reason why we have the sixth fewest assists per game in the league. We’re the anti-Warriors. While Golden State is the most unselfish team in NBA history, we love to grab the rock and shoot.

Wow a very interesting reaction from Billy Donovan when a reporter asked him about the Louisville job pic.twitter.com/UKtVjjQIQI

It’s clear that this NBA thing isn’t going pan out. So here’s what I need you to do: convince OKC management to fire me before March. That way, I can collect money for not working. Then I can have my pick of a great college basketball job. Hey Louisville, I’ll gladly take over – scandal and all. Pay me $10 million per year and I’m all yours.

I’ve been well, just OK. After winning 89 games over three seasons and reaching the 2016 Elite Eight, we went 23-11 last season. That’s still pretty, pretty good for Virginia basketball. You try competing against the Dukes and North Carolinas every season. This year, we’re 10-1 so we are trending up.

There’s just one little thing I need. Please send me a deflated basketball to be used exclusively in all our games. We want to make basketball great again. And by great, I mean played at an excruciatingly slow pace that will make your eyeballs bleed. Ever hear the sound of a deflated basketball hitting the floor? It’s more joyous than Christmas music. Too many teams want to run up and down. That’s a good way to twist your ankles. It’s much better to walk the ball up the floor, make some passes and hold on until the last possible second on the shot clock.

“Playing Virginia is like getting a root canal.” – @BPredict

I bet Tony Bennett would be incredibly proud to have his team’s defense associated with such an unpleasant and painful experience for the opposing team.

Could you also broadcast our games in black and white, get rid of the shot clock and bring back peach baskets? And let’s outlaw dunking too. Remember our motto — Virginia Cavaliers: Killing offensive basketball one dribble at a time.

I’ve been very great this year. Heck, I’m great every year. I’ve got the best job in the world and I’ll never leave Lexington. Thanks, Santa, for delivering my present early. It’s exactly what I wanted.

When I first arrived at Kentucky, some media folks groused because the last two colleges I coached wound up with vacated Final Four appearances. The media said that this kind of “baggage” could cause potential trouble at school like Kentucky. Well, guess what? Not a peep of NCAA trouble. Meanwhile, just West on I-64, there’s the University of Louisville and my good buddy Rick Pitino.

In just 2 weeks, UK Will host annual UK-UL war and it'll be the first one since 2008 that will not pit John Calipari against Rick Pitino. What do you sense the intensity of this rivalry will be, going forward? @KentuckyMBB @LouisvilleMBB #BBN #L1C4

I’m bringing McDonald’s All-Americans and turning them into millionaires. Pitino’s program got in trouble with the FBI, NCAA and is totally NSFW. Now he’s out of a job. Poor little Ricky. My reputation keeps getting better while his coaching career is over. He’s a laughing stock. For a guy who is reputed to be a maniacal control freak, he sure didn’t know a lot about what was going on with his staff.

Santa, you’ve already made this an unbelievable holiday season. Just give me a 40-point win over Louisville next – and we’re good.

It’s been a rocky year, but it’s not all our fault. The season got off to a terrible start with the shadow of that FBI investigation. My assistant went rogue. I knew nothing. Also, our 9-3 record is deceiving. We’re 9-0 on the mainland. Those losses (NC State, SMU and Purdue) were in the Bahamas. They shouldn’t even count. Since then, we’ve won six straight and are ready to pummel Bobby Hurley when over-hyped Arizona State comes to our place next week.

But enough about me, here’s Archie.

I was brought in to be the anti-Tom Crean. But so far, I’ve already suffered two of the worst losses an Indiana coach has ever endured. Indiana State and Fort Wayne vaporized us. The Hoosier fans are getting restless. You gotta give me more time. It’s going to take a few years to iron out the Crean mess. It’s his fault. He didn’t leave me good enough players!

(Both Sean and Archie speaking)
Santa, we both could use double-digit winning streaks.

Yours truly,
Sean and Archie Miller