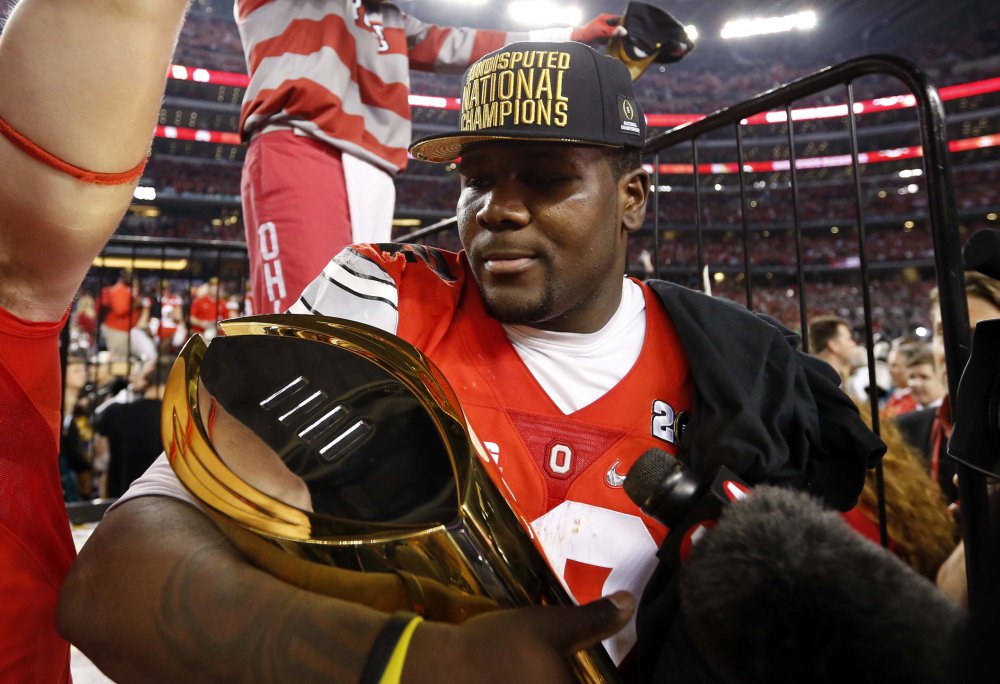 Ohio State defensive coordinator Chris Ash was named the new head coach at Rutgers on Monday, taking on a rebuilding job in the Big Ten conference while also finishing out the Buckeyes disappointing 2015 campaign.

Ash is clearly very excited to get his first head coaching job, and in a Power 5 conference, no less.

Woke up today excited about being a part of Rutgers football.

Can't wait to get around our players.

Naturally, the very social media-active Buckeyes had something to say about the guy who is still the Buckeyes defensive coordinator through the team’s Fiesta Bowl game against Notre Dame.

And who better to bat lead off than Cardale Jones?

catch these hands when I see you at the Woody https://t.co/vgAJTuPn4Q

Hey, maybe Ronda Rousey taught him a thing or two. I would be careful, Ash.

Safety Tyvis Powell was quick to jump in on the action as well, and understandably so, that’s the main coach on his side of the ball:

Umm…. The Buckeyes still have one game to win.. #FilmRoom https://t.co/Dwa5RCQxPW

The back and forth between Ash and his current players is all in fun, and one of the reasons why the Buckeyes have had the success that they have had the past couple of seasons.

Ash and his defensive unit will be looking for one more great performance to bring in the New Year, and to end what has been a great tenure.