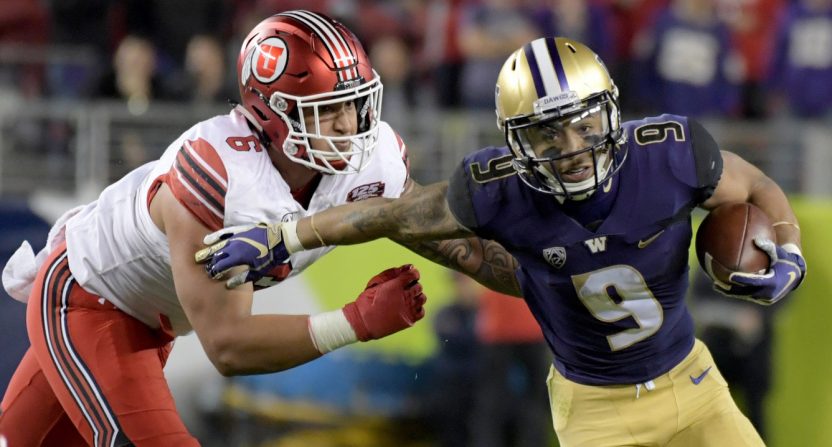 The Pac-12 had a bowl season to forget last season, but the conference of champions has some good matchups to look forward to in an attempt to redeem itself a bit this bowl season. Although the Pac-12 is once again left without a team in the College Football Playoff and has just one representative in the New Years Six lineup this year, the Pac-12 will be sending seven teams to a bowl game, beginning this weekend with Herm Edwards taking Arizona State to the Las Vegas Bowl.

It’s been fair to suggest this was a tough year for the Pac-12. The conference was perceived to be the first major conference to play itself out of the playoff hunt with highlighted non-conference losses like Washington losing a season opener to Auburn. Later in the year, Washington handed Washington State a loss that not only cost the Cougars a shot to play for the Pac-12 title, but also ultimately dropped Washington State off the radar for a possible spot in the Fiesta Bowl as the College Football Playoff selection committee hit the Cougars hard in their rankings.

The Pac-12 is also without USC or UCLA in the bowl lineup this season but Edwards and Arizona State and Mario Cristobal at Oregon lead some new faces into the postseason for the conference. Here’s what to look forward to among the Pac-12 bowl teams this season.

After hosting a College Football Playoff semifinal last year, the Rose Bowl welcomes back the champions of the Pac-12 and Big Ten this season. Chris Petersen is bringing Washington to its first Rose Bowl since the 2000 season, and Ohio State is making their first trip since the 2009 season. For Petersen, the search for his first major bowl victory with Washington will be a challenge as the Huskies will need the offense to be ready to put up some points.

Key matchup: Washington’s defense will have their hands full trying to get to Buckeyes quarterback Dwayne Haskins, a Heisman Trophy finalist. The Huskies haven’t gotten to the quarterback very often this season; they rank 97th in the nation in sacks. Jake Browning and Myles Gaskin will look to go out in style as they try getting in rhythm against an Ohio State defense that has been cracked a number of times but has managed to clamp down when needed most of the year. 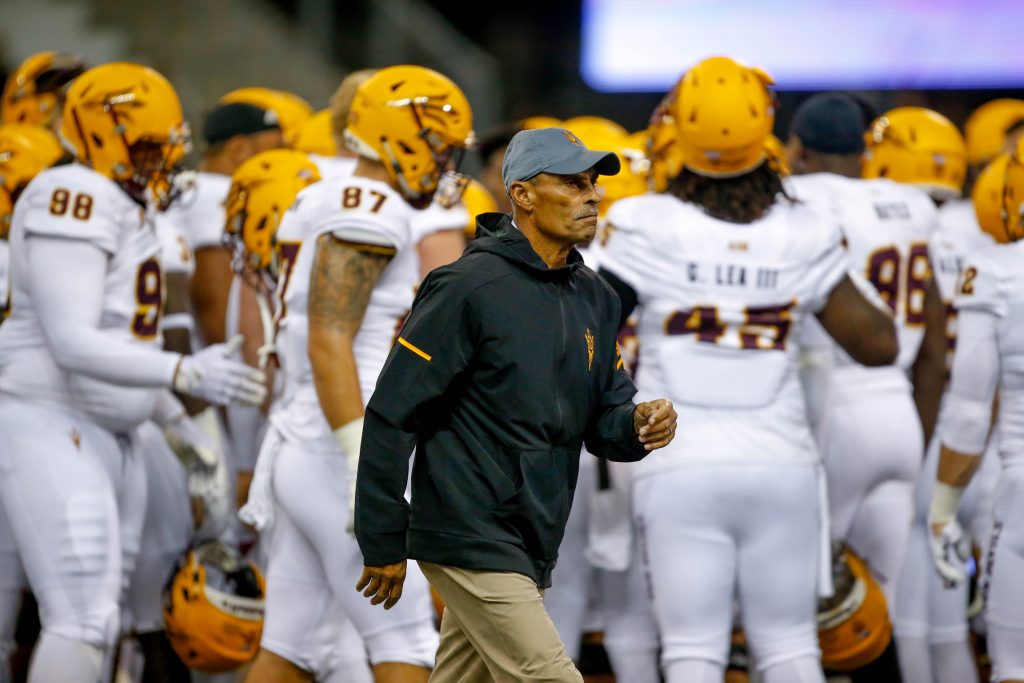 Herm Edwards got Arizona State to a bowl game in his first season with the Sun Devils, and now he looks to end the year with a win very few thought would be possible when he was hired. Arizona State is banged up and will be without star wide receiver N’Keal Harry as he begins preparing for the NFL draft. That means Manny Wilkins will have to establish a connection with someone else as a go-to receiver against a dangerous Fresno State team.

Key matchup: Arizona State’s secondary will be challenged all game long as Fresno State takes to the air with KeeSean Johnson and Jared Rice causing problems in the open field. The Sun Devils rank 82nd in the nation in pass defense. Pac-12 Defensive Freshman of the Year Merlin Robertson is a name to watch at linebacker for the Sun Devils.

If you come looking for offense, the Cheez-It Bowl isn’t likely to satisfy you. This one could be one worth strongly considering betting the under as Cal brings the Pac-12’s worst offense against a TCU team that can have their own struggles on offense.  Justin Wilcox should feel comfortable relying on running back Patrick Laird even if big gains will be difficult to come by. What Cal lacks on offense, they make up for on defense. This game should be all about the defense.

Key matchup: This game will be dictated by Cal’s results with the defensive front. Cal has a knack for covering against the run as well as they come, so if the Bears can cause problems for TCU’s ground game and force the Horned Frogs to try making some plays through the air, Cal should create an advantage. Cal has intercepted 17 passes this season and TCU is working with third-string QB Grayson Muehlstein. 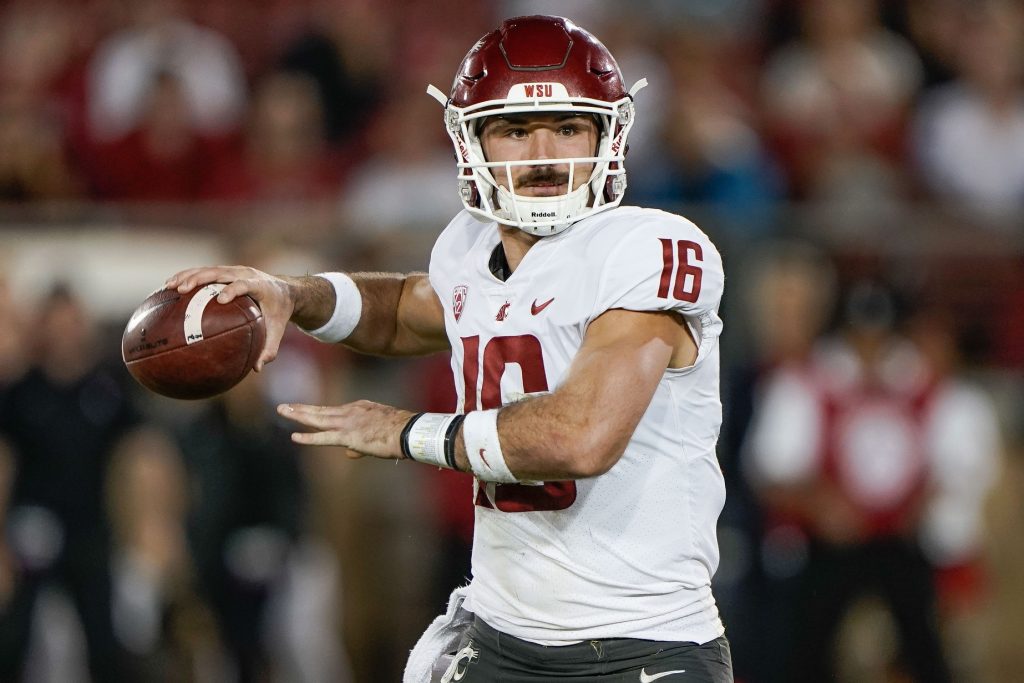 Washington State was a win away from locking up a spot in the Pac-12 championship game and, perhaps, a spot in a New Year’s Six bowl game. Instead, Mike Leach, Pac-12 Offensive Player of the Year Gardner Minshew II and the Cougs are heading to San Antonio to take on Iowa State in the Alamo Bowl.

Key matchup: This one is all about the Washington State passing game, which is essentially the vast majority of the offensive attack, and Iowa State’s pass defense. In the pass-heavy Big 12, the Cyclones allowed the second-fewest yards through the air (2,745 yards) and opposing passers had the second-lowest passer rating this season. Minshew will look to rebound from a disappointing loss in the snow to Washington against one of the Big 12’s top defenses.

Of all the bowl games taking place this season, this one has a good chance to be a throwback to some smashmouth style of play. The Sun Bowl pits David Shaw’s Cardinal against a Pitt team that knows how to run the ball. It should be a good battle, even if it’s light on offensive fireworks this year. It’s yet to be determined if Bryce Love will play in the Sun Bowl for Stanford, which may impact what kind of interest you will have in this one.

Key matchup: Whether or not Love plays, Stanford will still have to focus on stopping Pitt’s running game, which has been charged by senior Qadree Ollison, who does appear set to play his final game in a Pitt uniform. Pitt’s 1-2 punch on the ground with Darrin Hall will give 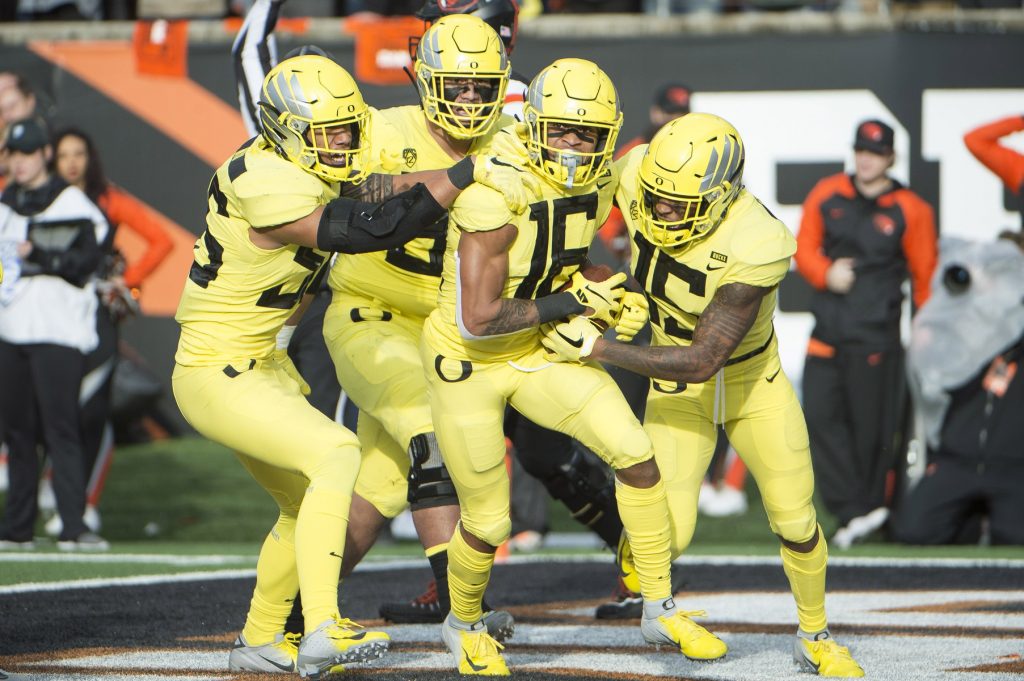 A matchup between Michigan State and Oregon isn’t quite up to the bar it once would’v been, and was, but Mario Cristobal getting a chance to stamp his first season as head coach of the Ducks with a victory over the Spartans looks to be a real possibility. Justin Herbert’s health could play a factor after getting injured in the regular season finale, but Oregon is taking on a Michigan State team hampered by key injuries as well.

Key matchup: Oregon’s run defense will be key as Spartans running back L.J. Scott is determined to play his final game. If Oregon can slow down the MSU running game and force Brian Lewerke (or Rocky Lombardi?) to make some plays, the Ducks should have a shot to make a play having intercepted 16 passes this season.

You would think a Holiday Bowl matchup between ranked teams that played for conference titles would drum up more interest, but the enthusiasm for Utah taking on Northwestern doesn’t appear to be as hot as you might expect. Regardless, Kyle Whittingham has Utah in position to secure a second 10-win season in four years and a fourth top 25 finish in the last five years.

Key matchup: Utah defensive lineman Bradlee Anae could be ready to feast against the Northwestern offensive line and bring constant pressure on Clayton Thorson. Anae led the Pac-12 with 8.0 sacks this season and the Wildcats enter this game ranked 110th in sacks allowed.