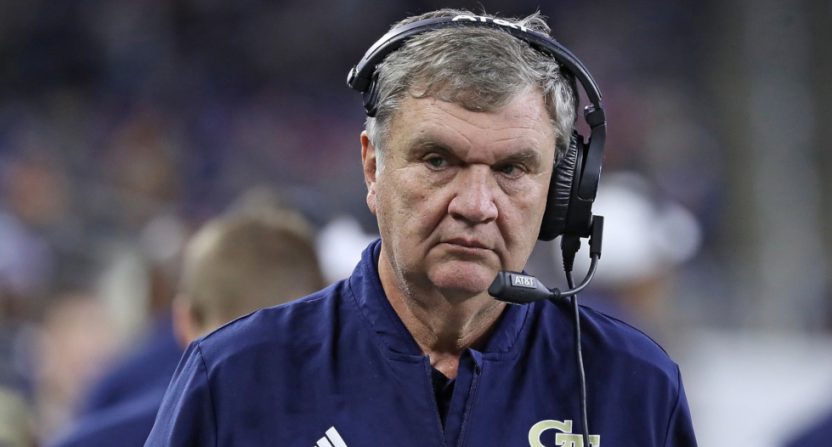 Paul Johnson has spent the last two decades (plus two years) as a college football head coach. The final 11 of those years were on the sidelines at Georgia Tech. His flexbone triple-option offense was a staple, and was a thing of beauty when run correctly. The 2014 Orange Bowl will always stand out as a premier offensive performance of the CFP era. Now, though, he has decided to retire, and he’s truly a loss to the college football world.

Johnson would have loved to have walked off the field a bowl winner, and his Yellow Jackets were actually favored to win the Quick Lane Bowl Wednesday. Sadly for Johnson and Georgia Tech, though, it was not to be. The Minnesota Golden Gophers controlled the game from start to finish in a 34-10 win, never giving Georgia Tech a chance to make a dent. Georgia Tech could not muster a single first down in the opening quarter, and the Yellow Jackets’ only points in the first half came on a field goal as the second quarter expired.

The Minnesota offense, behind a strong offensive line and tailback Mohamed Ibrahim, dominated the game as well. Minnesota only threw for 132 yards (Tyler Johnson caught two touchdowns to set some single-season records for the school), but Ibrahim ran for a career-high 224 yards. The offensive line consistently opened lanes, and Ibrahim found room all over the field.

Georgia Tech did see some offensive success in the second half, but it was not enough. The Yellow Jackets cut the lead to 20-10 with under a minute remaining in the third quarter, but it never got close. Minnesota responded with a touchdown, and added another one later on for the 34-10 final.

This will certainly be a bitter pill for Paul Johnson and Georgia Tech to swallow, and no one knows what will come next year. Incoming coach Geoff Collins said that the Yellow Jackets will switch from the triple option to a more pro-style system. That will affect recruiting, and it will likely take a few years until the on-field personnel can turn over enough to play well in a new system.

What will Paul Johnson do next? He was frank when asked by media, and the ESPN commentators mentioned it on-air multiple times. He wants time to spend with his family, but if he finds it boring or unfulfilling, he will return to coaching. In my humble opinion–and only from what I know of Johnson’s persona–I doubt this will end up being his final game on a college football sideline. If the Army, Navy, or Air Force jobs open any time soon, don’t be surprised to see him sorely tempted.

What does this mean for Minnesota? Well, P.J. Fleck seems to be starting to live up to his hype. His first season at Minnesota ended with a disappointing 5-7 record, even with a favorable early schedule. Next year’s schedule is also favorable. Minnesota plays no Power 5 team out of conference, though it will face two very good Group of 5 teams (vs Georgia Southern and on the road at Fresno State). 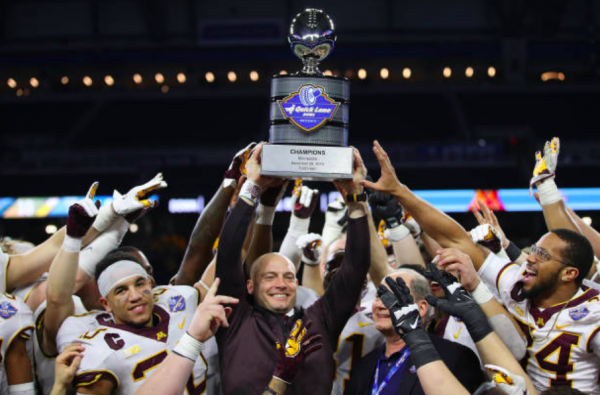 The Golden Gophers also will avoid Michigan, Michigan State, and Ohio State in cross-divisional play next year. They will face Penn State, but the Nittany Lions will likely endure a bit of a rebuilding year, at least on offense. Minnesota’s schedule is set up for year three of Fleck’s reign to be a special one. The Golden Gophers were a very young team this year. Ibrahim is only a freshman. Freshman quarterback Tanner Morgan is solid, and improved as the year went on. The offensive lines will be stout next year. If Minnesota can start 2019 at 4-0, expect for some serious hype to build.