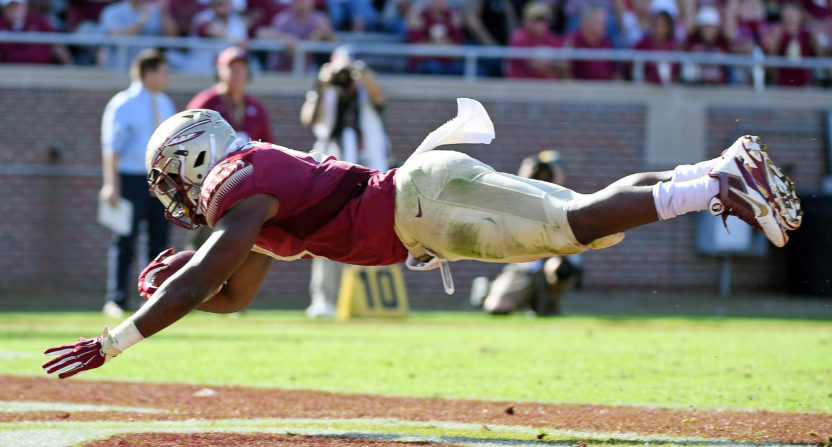 Reddit is secretly the best source for investigative sports journalism. Previously, users had the Jose Quintana trade scoop before anyone else at the MLB trade deadline, predicted the Brock Osweiler trade between the Texans and the Browns (and the reasons why it would work) weeks before it happened

Now, they’ve uncovered some crucial information that everyone who matters missed: Florida State is not actually bowl-eligible, even though the Seminoles were selected for this weekend’s Independence Bowl.

Florida State went 6-6, but one of its wins came over FCS program Delaware State. NCAA rules state a win over a FCS school counts for bowl eligibility only if that FCS school has awarded at least 90 percent of its scholarship allotment. On Thursday, Reddit user u/bakonydraco broke the news on r/CFB that Delaware State has awarded only 87.008% of the FCS scholarship limit, according to numbers provided by the athletic department:

This is the value the NCAA cares about for bowl eligibility. The average of of grants-in-aid per year in football during a rolling two-year period is 54.815. This is 87.008% of the permissible maximum number of 63. As this is less than 90%, Florida State cannot count the Delaware State game through Exception 18.7.2.1.1.

There’s a lot more in u/bakonydraco’s post confirming that the win doesn’t count for bowl eligibility, and how Florida State could still apply for a waiver to play in the Independence Bowl with a 5-6 record. But that won’t be necessary, as Brett McMurphy reported that nothing can be done about FSU’s bowl participation because no one reported the numbers earlier:

“This monumental error should have been caught at three levels: the school, conference and NCAA,” a bowl industry source said. “It’s too late to do anything now, they’ll still play in the game. If it was funny, it would be a comedy of errors.”

“FSU should have caught this,” another source said. “And it’s complete incompetence on the part of the NCAA. It’s their job to monitor this stuff.”

There’s not much you can ask for at this point. Even if the NCAA would be willing to piss off a major program and end a bowl streak that’s lasted nearly four decades, the game is only two days away. They could force Florida State to forfeit, but then you’re robbing Southern Miss, which went 8-4, of the bowl experience.

As McMurphy’s source said, it’s a case complete incompetence that was unfortunately caught too late. And it’s especially unfortunate for Buffalo (6-6), Western Michigan (6-6) and UTSA (6-5), three bowl-eligible teams that missed out and could have replaced Florida State the NCAA caught the error sooner.