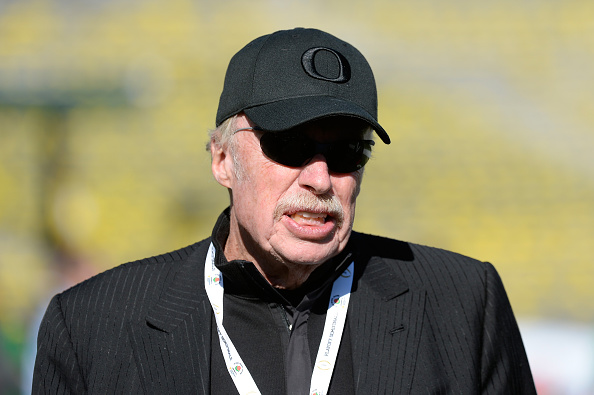 When you are the founder of one of the biggest apparel companies in the world, you can do anything you want.

You might even be able to buy your alma mater one of the best coaches in all of football. Phil Knight, an Oregon graduate and co-founder of Nike, has decided that his school needs to win a national title in football. If he has any say, it’s going to be happening sooner rather than later.

Current Ducks coach Mark Helfrich has done well with the program, but as they face a losing season for the first time since 2004, Knight wants to keep his options open. He apparently is willing to spend $10 million dollars a year (!) to bring in the right coach.

There's talk heating up in Oregon that Phil Knight is ready to throw insane $10M+ a year money at a football coach. He's 78, wants a title.

The only coach even close to that number is Jim Harbaugh at Michigan who is making $9 million dollars a year to be the Wolverines coach. What kind of coach is even worth that kind of money at the collegiate level?

Almost all of the big time coaches have huge buyout clauses and are settled into their program. Someone from the NFL could be a possibility, maybe even their old ball coach Chip Kelly? It may seem far fetched for now, yet if he continues to flounder with the 49ers, he could be a match made in heaven for the Ducks.

Money talks, so it will be interesting to see if any high profile names are willing to leave their current jobs to take Knight’s massive offer.