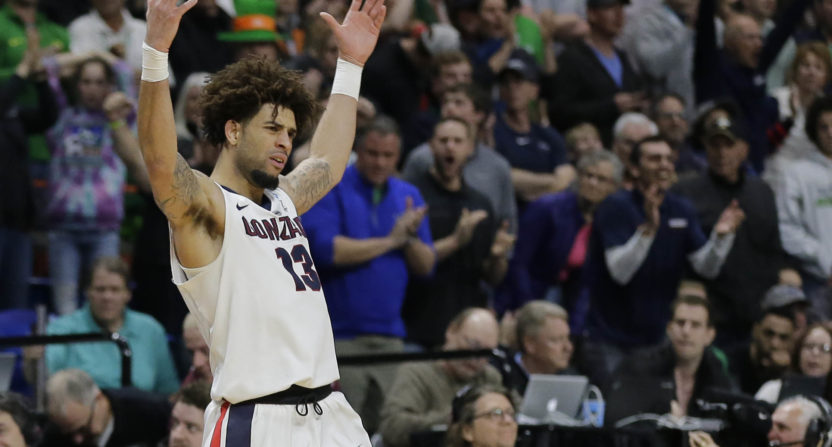 Last fall, leading up the Major League Baseball playoffs, we introduced what we called the Maximum Happiness Bracket, a method for fans to find a rooting interest in games they have no stake in. Now, we’re bring the concept to college basketball, just in time for the Sweet 16.

The premise is simple: For each matchup remaining in the NCAA Tournament, we will assess which result would bring the most happiness to the world. To determine the answer, we will consider which team has the most at stake and whose fans would be most delighted by a win. Every program wants to win, but the feeling is stronger for some than others, depending on history and context.

A No. 1 seed might have a title-or-bust mentality, for example, whereas a lower seed would be satisfied with their season in the event of a loss. There are many other considerations as well, which we’ll get to as we go, but hopefully you get the idea.

Win or lose Thursday, Kansas State’s fans have plenty to be proud of after this team’s surprising Sweet 16 run. For the ever-demanding Big Blue Nation, however, a Sweet 16 upset would really sting.

Both Loyola-Chicago and Nevada are presumably quite thrilled to be playing in the Sweet 16, given their respective seedings and program histories, so neither fanbase is desperate for another win. That said, if we want to maximize the world’s happiness, we’ll definitely want more Sister Jean.

Florida State fans would love to see the Seminoles reach their first Elite Eight since 1993, but Gonzaga supporters are starving to see their team win a title. A year afester reaching the championship game, a Sweet 16 exit would be a huge bummer.

Both of these fanbases would probably prefer a College Football Playoff championship to an NCAA Tournament one, but only Michigan partisans have seen their hoops team fall agonizingly short over and over in the 30 years since its last title.

Villanova fans got their title only two years ago, so they can’t complain too much if the Wildcats disappoint them this year. West Virginia supporters, on the other hand, have watched their school lose in the Sweet 16 twice in the past three years. A win would mean more to them.

For a Texas Tech program that until this month hadn’t won an NCAA Tournament game since 2005, being here is a breakthrough. Purdue, by contrast, seems to get bounced early every single year and could really use this one.

Kansas’ 2008 championship is starting to feel like a distant memory. A decade of postseason flare-outs will leave a fanbase desperate for a deep run.

Syracuse fans didn’t expect to even make this tournament, so they wouldn’t be able to complain about a loss here. But Duke fans are only a few years removed from a title, so they also don’t need this either. And since America would undoubtedly be happier with a Duke loss…

Whew, this is a tough one. Both of these fanbases have seen a lot of close calls and disappointing losses over the years. But Michigan has football to fall back on. For Gonzaga sports fans, this is everything.

Purdue has not reached the Final Four since 1980, a preposterously long drought for a program participating in its 27th NCAA Tournament in that stretch. A win here would mean so, so much to fans in West Lafayette.

Kansas fans have nightmares about the Elite 8, where their team has lost six times in the 15 years leading up to this tournament. Another defeat there would be devastating for an entire state.

At some point, even the most charming Cinderella story gets over-told. Just by making the Final Four, Loyola-Chicago would become one of the all-time great NCAA Tournament underdogs. Unlike title-hungry Zags fans, the Ramblers’ adopted supporters don’t need much more.

This is not an easy choice. Gonzaga’s first ever title would delight the Pacific Northwest and satisfy other sports fan who consider Gonzaga’s two-decade rise the ultimate Cinderella run. A Kansas championship, meanwhile, would bring joy to arguably America’s most passionate fanbase. In the end, it comes down to this: Jayhawks fans have already seen their team hoist a trophy. Zags fans have not. Therefore…