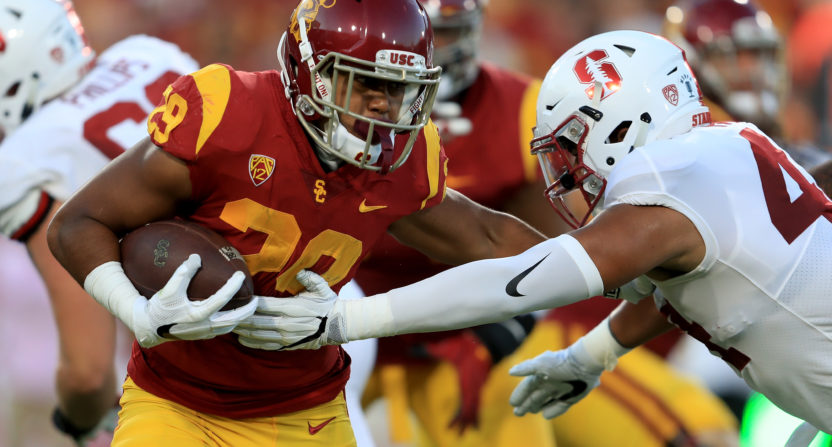 Late last October, I spent a Saturday taking in the sights and sounds of Utah vs. Washington. The game went down to the wire as the Huskies pulled off the win, just as they were supposed to. But despite the better team grabbing the victory, the entire day (College GameDay was also there that weekend) seemed to serve notice to the rest of the Pac-12 that the power structure was about to change.

One year later… it hasn’t, really.

On Friday night, USC and Stanford will meet in Santa Clara with the 2017 Pac-12 football championship on the line. Two of the oldest of the “old guards” in the conference, the schools don’t necessarily signal any sort of shift at all. In fact, they underline just how little things truly change at the top of the Pac-12 — and in college football overall.

Last season’s matchup between Colorado and Washington was the first Pac-12 title game (since 2011) that didn’t include at least one of Stanford or Oregon. This year marks USC’s second trip to the event, but the Trojans only missed in 2011 because they were ineligible for the postseason. 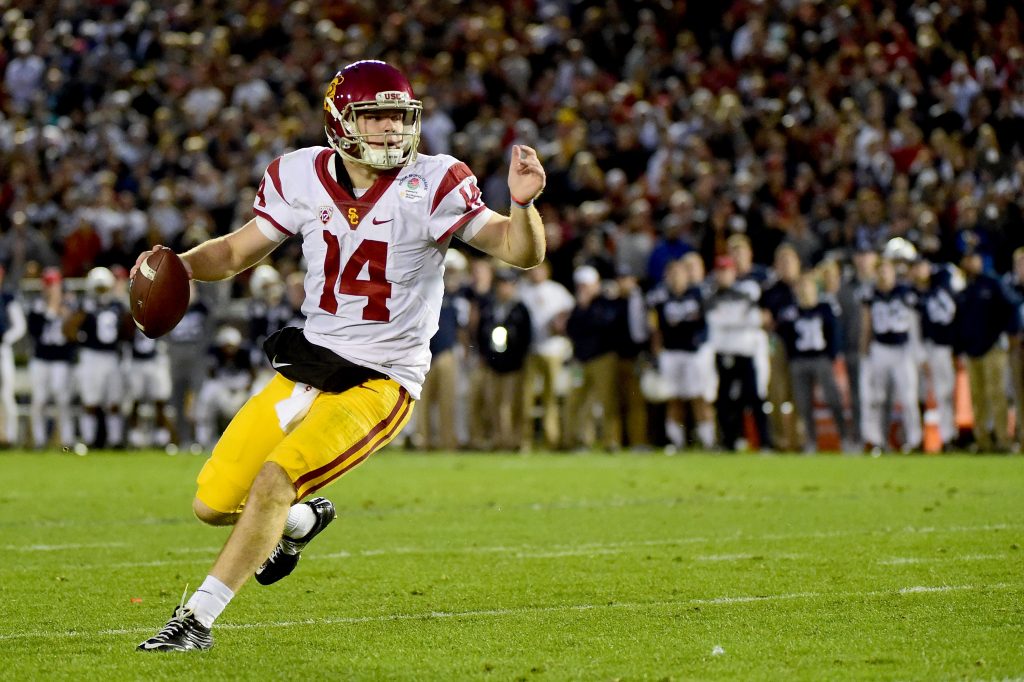 Since the inaugural championship game once the league expanded to 12 teams, Stanford has now appeared four times — winning all three contests played so far. Oregon, USC and UCLA all have two apiece. The other four slots are taken up by one-time visits from Arizona and Arizona State, plus the aforementioned 2016 game between Colorado and Washington.

Despite Washington making the College Football Playoff last year and taking great strides to being a consistently great program under Chris Petersen, Stanford still loomed large throughout the offseason. The Cardinal are no blue blood, but since the days when Jim Harbaugh took over, they’ve become something close to one. From 2010 through 2016, they finished the season unranked just once. The other seasons, they were no lower than 12th in the final polls.

Going into 2017, Bill Connelly saw Stanford as a team that could potentially end UW’s one-year reign atop the conference — but one that might need another year to do it. The Card were far from dominant in 2017, but they steadily improved (as always) and took advantage of a head-to-head tiebreaker with the Huskies in order to win the Pac-12 North.

USC, on the other hand, is USC. And even if the Trojans still managed to lose two games this season (to Notre Dame and Washington State), they’re still one of the most talented teams in the country from top to bottom. The conference may have forgotten about the extended shadow the program casts when at its peak, but the program’s slight downturn (still won at least seven games) was about NCAA sanctions and nothing more.

That’s not to completely let USC off the hook for dropping games in recent years, or for gearing an entire offense around Sam Darnold’s ability to make (or fail to make) big plays. But with its resources and location in Los Angeles, it’s a program that is well-situated to win a lot of games, and it’s doing just that since coming out on the other end of harsh NCAA penalties.

All of this is not to say that other programs will be unable to compete for Pac-12 championships. But history has indicated that any interruption to the usual order of things is typically temporary. The Trojans have won 38 league titles — more than double the total of any other school. Stanford’s fourth overall with 15, though some of that total comes from the recent resurgence. However, the Cardinal were one of the conference’s original flag-bearers,  and when they’re winning, they’ve typically had extended periods of dominance (like the one they’re currently in).

For USC, this is the first decade (from 2011 on) in which they’ve failed to win at least a share of the league title. Obviously, they can rectify that fact at Levi’s Stadium against Stanford.

Dominance by a small handful of programs can be beneficial to a conference at times. The ACC’s recent lift has been on the back of elite achievements by Clemson and Florida State, respectively. The SEC’s extended run of success was largely due to Alabama and Florida.

But those leagues didn’t just see dominance in-conference. They went on to win national championships. That’s what made the dominance palatable and advantageous. And it’s also what the Pac-12 has lacked in recent years.

Oregon’s run under Chip Kelly (and the early part of Mark Helfrich’s tenure) came close, but the Ducks failed twice in the national championship. You’d have to go back to the height of Pete Carroll’s USC teams to find a Pac-12/10 team that parlayed league success into being a true national power. That’s problematic, no matter who’s at the top of conference standings.

When Stanford and USC face off on Friday night, all of this will undoubtedly be on the minds of onlookers both within and outside the conference. It puts the Pac-12’s power structure on display, but more as a barrier to larger success. The California schools (at least a couple of them) need to be doing well for the league to succeed, sure. But if they’re not in contention for the College Football Playoff, who’s it ultimately benefiting?

Maybe more than the power structure right now, it’s the biggest issue facing the deep Pac-12. How do you sustain a league full of quality programs that just end up derailing the teams at the top? So if the power structure is going to wind up favoring USC and Stanford first and foremost, it would be far more helpful to see those teams not just being slightly better than their peers. The power structure needs to elevate those programs much further ahead of the pack and into serious playoff contention.