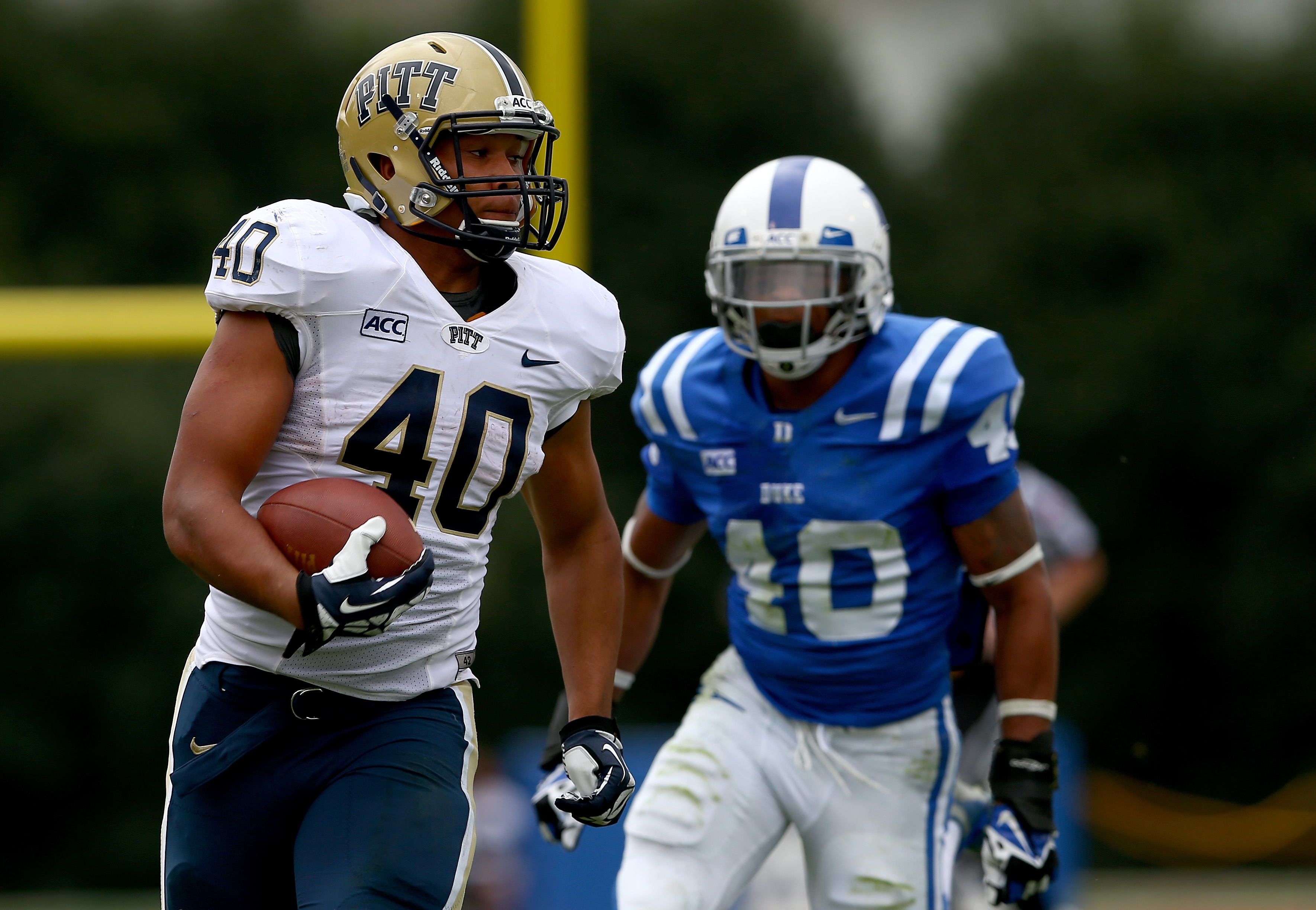 Pittsburgh football has produced some of the biggest stars in college football history, and the next in line was supposed to be junior running back James Connor. Instead, the star running back who was the 2014 ACC Player of the Year after rushing for 1,765 yards and 26 touchdowns, will be battling for his life.

On Friday morning, Connor announced he has been diagnosed with Hodgkin lymphoma. He was flanked by his doctor, Pitt head coach Pat Narduzzi, his mother, and many of his teammates at the press conference.

It certainly was a shock, as Connor found out the news on Thanksgiving morning. However, the doctors did have some good news for the young man. First off, the lymphoma was caught early, and the doctors believe he is in stage 2, which is highly curable.

“His cure rate is between 85 and 95 percent,” said Dr. Marks, deputy director of clinical services for UPMC CancerCenter/University of Pittsburgh Cancer Institute, per the Pittsburgh Post-Gazette.

Dr. Marks said Conner has two masses, one in chest and one in neck. Described them as “significant."

Connor was a tough-nosed running back on the field, but he played in just one game this season in which he had eight carries for 77 yards before injuring his knee and sitting out the rest of the season. In his place, freshman Qadree Ollison stepped up and topped the 1,000-yard mark in Pat Narduzzi’s first campaign as a head coach.

However, the focus isn’t on the field or on Connor’s knee anymore. It is on his fight with cancer and his battle to beat the disease..

Even with football likely being the furthest thing from Connor’s mind, the young man has kept a determined spirit about himself.

Conner: "I know there’s a lot of young kids who have cancer and look up to me. I’m ready to face this challenge."

Conner says he will be back at #Pitt, but if he takes the field with his teammates again “is up to God."

This type of situation can also galvanize a team, make it closer and allow the Panthers to grow as men and as a team.

Beating this disease isn’t impossible, as one just needs to look to the story of Eric Berry, the Kansas City Chiefs safety. He was diagnosed with a similar stage of lymphoma back in 2014 and was cleared to come back to football this past summer.

As far as being able to play again? Connor’s doctors remain optimistic about those chances.

Dr. Stanley Marks is hopeful Conner will be able to play for #Pitt next season.