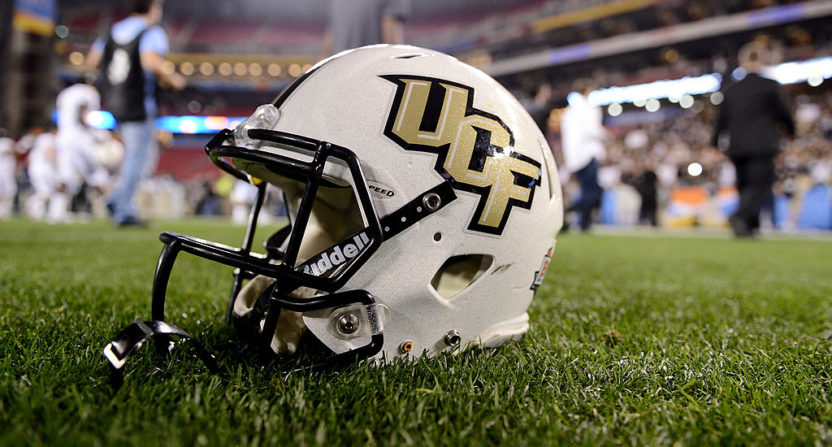 The NCAA continues to be an odd organization. It makes billions of dollars but refuses to allow any student athlete to make practically anything. Even through channels having nothing to do with sports.

Donald De La Haye is the kicker for the UCF Football team and has a popular YouTube channel. In his most recent video entitled “Quit College Sports or Quit YouTube,” De La Haye said something interesting: UCF asked him to stop making money off his videos.

This really came down to whether or not De La Haye wanted to preserve his amateur status. If the kicker continues to make videos, he may no longer qualify as an amateur.

“I feel like they’re making me pick between my passion in what I love to do, make videos and entertain, be creative, and my other passion, which is playing football,” the kicker said in the video.

It’s sad too because some of his videos are pretty funny and/or cool.

According to ESPN, UCF didn’t “gave De La Haye an ultimatum.” Instead, the kicker met with compliance staff to discuss a solution, to keep the NCAA off his back.

De La Haye doesn’t ask for advertisers to pay him for his videos and he doesn’t charge a subscription fee. Instead, the kicker makes money off his videos because he’s hit 10,000 lifetime views, allowing him to profit off ads that are placed on his videos.

The NCAA does allow players to make money in certain situations. An athlete, “may establish his or her own business, provided the student-athlete’s name, photograph, appearance or athletics reputation are not used to promote the business,” reads NCAA bylaw 12.4.4. However, because De La Haye mentions that he plays for UCF in his videos, he may be violating this rule.