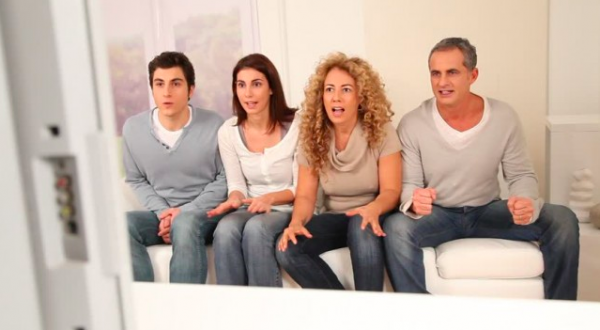 We are down to just 11 teams remaining in College Football Playoff contention. Of those 11, two (Clemson and Alabama) have far superior resumes to everyone else. Five teams still control their own destiny, and everyone has something to root for. Well, not as much this week, but only because essentially the entire SEC is taking the week off to play cupcakes.

What does Alabama really have to root for? Beat Georgia and you’re in. There will be stuff to root for later on to survive a loss to Georgia (like Northwestern winning the Big Ten), but for now, Tide fans should root that Tua Tagovailoa doesn’t get hurt this week. That’s about it. Maybe root for Clemson to lose so you don’t meet them in the Playoff?

Clemson also just needs to win two of its final three and it’s in. Unlike Alabama, Clemson really doesn’t have to worry about being jumped with a loss in its conference championship game – unless it’s to Pitt (more on that later). Clemson wants Pitt to lose both this week and next so the Tigers don’t have to worry about playing the Panthers.

Notre Dame should be close to a lock if it wins this week. It can possibly survive a loss to USC as long as it’s not an ugly result. Surviving a loss to Syracuse will be harder, though, because the Irish are short on quality wins. That’s why Stanford winning is also important. Also – and stick with me because it’s a little counterintuitive – Irish fans want Ohio State to lose this week. Notre Dame wants Michigan to win the Big Ten, but it would also prefer that the Wolverines pick up a second loss. So Notre Dame’s dream scenario is Maryland beats Ohio State this week, Ohio State beats Michigan next week, and Michigan beats Northwestern the week after that. The Irish would also like to see Pitt win and clinch the ACC Coastal (more on that later).

Michigan is in if it wins out, and is all but done for otherwise. Sure, the Wolverines would like to see Alabama lost to Auburn (or to The Citadel this week, but that isn’t happening) so that a two-bid SEC isn’t a concern. They’d feel a bit safer if Oklahoma State knocks off West Virginia this week, or if Syracuse takes out Notre Dame. But, mostly, Michigan just wants to win, and it would like Ohio State to be 10-1 when the two teams meet next week.

Georgia has nothing to root for. Win out and you’re in. Lose a game and you’re done. (Okay, is there a scenario where Georgia loses to Georgia Tech but still gets in with a win over Alabama? Sure. But that would require general chaos, something that every team roots for on some level.)

The Sooners need some help to get in, but not much. They need to win out and need a loss by Notre Dame or Michigan. There are other scenarios that work too, but those are the easiest. There are going to be some big Syracuse fans in Norman (and Morgantown) this week. Michigan probably isn’t losing to Indiana – though the Hoosiers have recently had a tendency to give top Big Ten East teams fits – but Ohio State can really help out Oklahoma next week. Of course, the Sooners won’t feel comfortable if both Oklahoma and Ohio State end at 12-1, so Sooners fans should also be rooting for Maryland to beat the Buckeyes. Most importantly, though, Oklahoma should root for Iowa State over Texas. If the Cyclones win (assuming Oklahoma beats Kansas), then Oklahoma will be locked in to the Big 12 Championship Game whether it wins or loses next week (unless Oklahoma State beats West Virginia).

The Cougars need help. That weak nonconference schedule will hold them back. Washington State should assume it needs everyone ahead of it on this list (plus West Virginia and Ohio State) to lose at least once. USC beating Notre Dame next week would also be a big help.

West Virginia wants basically the same things as Oklahoma does, except the Mountaineers want Texas to beat Iowa State. Yes, that would make their loss look a bit worse, but it also makes the win over Texas look better.

The Buckeyes might have a bigger struggle with the eye test than with the results. Due to their major defensive struggles in October, the Buckeyes are getting no benefit of the doubt. The resume is somewhat decent (though the silly “wins over teams with winning records” stat hurts), but convincing wins over Maryland, Michigan, and Northwestern could propel the Buckeyes to No. 4 without any other help. Of course, the Buckeyes shouldn’t say no to such help. West Virginia and Oklahoma each losing a game is all the Buckeyes need, though a Syracuse upset of Notre Dame would help a lot as well.

I keep saying that I have no idea how to treat UCF. The committee is clearly being far nicer to the Knights than their resume warrants, while at the same time underrating other deserving Group of 5 teams. Other than general chaos, there is no good scenario to pin down in UCF’s favor – except one. UCF would love to see Pitt upset Clemson. UCF beat Pitt earlier in the year (much more handily than Notre Dame did, if that comparison becomes relevant), so it would be very tough for the committee to put Clemson in the CFP over UCF if the Knights stay undefeated and Clemson loses to Pitt. UCF fans should be rooting, hard, for Pitt to win one of its next two, and then to upset the Tigers in the ACC Championship Game.

Syracuse is all but eliminated. The Orange need to win this week, and then need lots of chaos to help. Northwestern winning the Big Ten would be a huge start, as would Washington State losing another game. Syracuse also needs to beat Notre Dame convincingly so that the Irish don’t stay ahead of Syracuse, even with the head-to-head disparity. In addition to that, the Orange need either Big 12 chaos or for Alabama to beat Georgia by a solid margin in the SEC Championship Game.