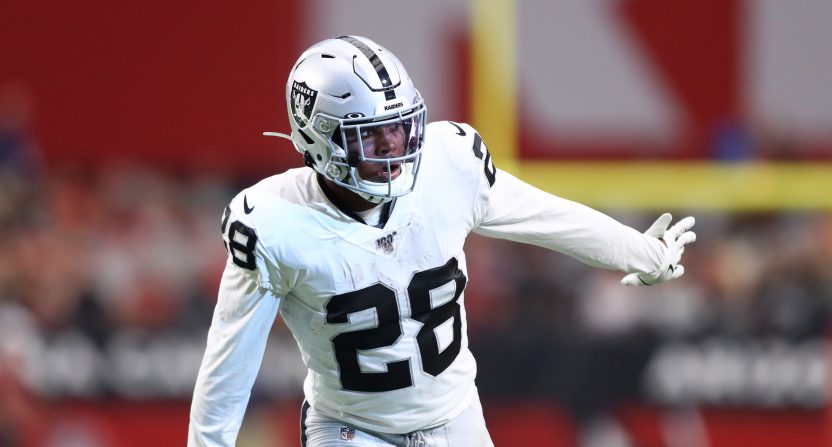 As we enter the fourth week of the 2019 NFL season, we’ve already got a feel for which breakout players could be special this year. Which emerging stars can sustain themselves after strong starts? Here are 10…

Indianapolis Colts QB Jacoby Brissett: He’s not drawing a lot of headlines, but Andrew Luck’s replacement quietly has completed 71.7 percent of his passes while posting a 7-to-1 touchdown-to-interception ratio and the league’s sixth-best passer rating (112.0). He’s got the Colts competing, and it’s enough to figure he could become a Pro Bowl-caliber quarterback in this league.

Baltimore Ravens QB Lamar Jackson: This one’s pretty obvious. The league’s ultimate new dual threat has the NFL’s fifth-best passer rating while also ranking 18th in the league in rushing. His passing skills have taken off in Year 2, and he’s on a Pro Bowl track.

San Francisco 49ers RB Matt Breida: There were clues last year that the young undrafted Georgia Southern product could be a surprise star, and he has only added fuel to that fire with 226 rushing yards in his first three games of 2019. The 24-year-old could be a Pro Bowler this year.

Oakland Raiders RB Josh Jacobs: The rookie out of Alabama is averaging 5.1 yards per carry in a mediocre offense. He runs like a beast, and at the age of 21 his future looks to be insanely bright.

Los Angeles Chargers RB Austin Ekeler: The versatile third-year back made the Chargers completely forget about holdout Melvin Gordon with 368 scrimmage yards and four touchdowns in his first three games. Even with Gordon coming back, Ekeler should be the top option in the Los Angeles backfield.

Kansas City Chiefs WR Mecole Hardman: The 21-year-old Tyreek Hill clone is averaging a ridiculous 26.3 yards per reception. It’s a small sample, but he’s already scored twice and looks to have the makeup of a superstar in that Kansas City offense.

Dallas Cowboys WR Michael Gallup: Gallup and DJ Chark are on pace to become the only wide receivers this century to catch more than 80 percent of the passes thrown their way and average more than 17.0 yards per reception (min. 60 catches). Obviously it’s a small sample, but both Day 2 2018 draft picks are off to extremely promising starts to their sophomore seasons.

Oakland Raiders TE Darren Waller: The fourth-year big man out of Georgia Tech has taken full advantage of his first true opportunity to be a key player in Oakland. He leads all NFL tight ends with 26 receptions and is just 17 receiving yards back of leader Travis Kelce. He’s yet to score a touchdown, but it’s only a matter of time before he becomes an all-around stud.

Tampa Bay Buccaneers LB Shaquil Barrett: After being under-utilized by the Denver Broncos during his first four seasons, the 26-year-old has exploded in his first year with the Bucs. He’s just the second player in NFL history to record eight sacks in the first three weeks of an NFL season, putting him on pace to shatter Michael Strahan’s single-season record of 22.5.

Detroit Lions S Tracy Walker: In a limited role last year, Walker’s PFF grade in the fourth quarter of one-score games was the third-best among safeties. He’s taken on more responsibilities as a sophomore, and he’s excelled in coverage while posting 21 solo tackles, an interception and three passes defensed thus far.