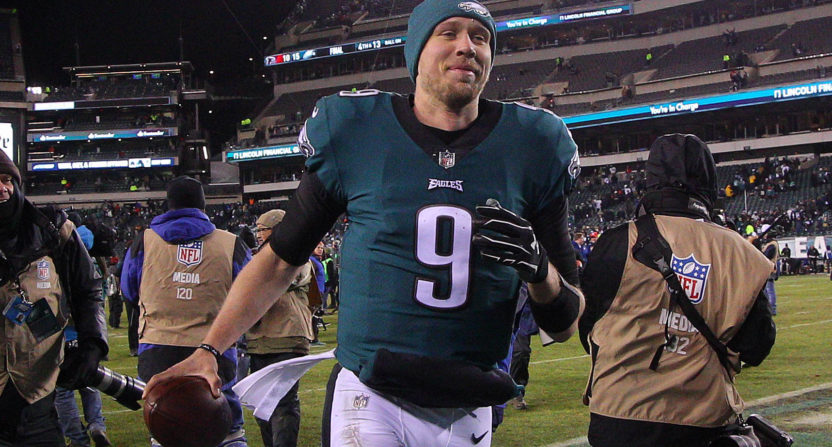 Where: Lincoln Financial Field in Philadelphia, where the Eagles held on defeat the Atlanta Falcons 15-0 in the divisional round.

Last time they met: The Eagles, who are 6-2 in head-to-head matchups with the Vikings in the 21st century, beat Minnesota 21-10 in Philly last October. But both offenses were very different then, with Carson Wentz quarterbacking the Eagles and Sam Bradford under center for Minnesota. 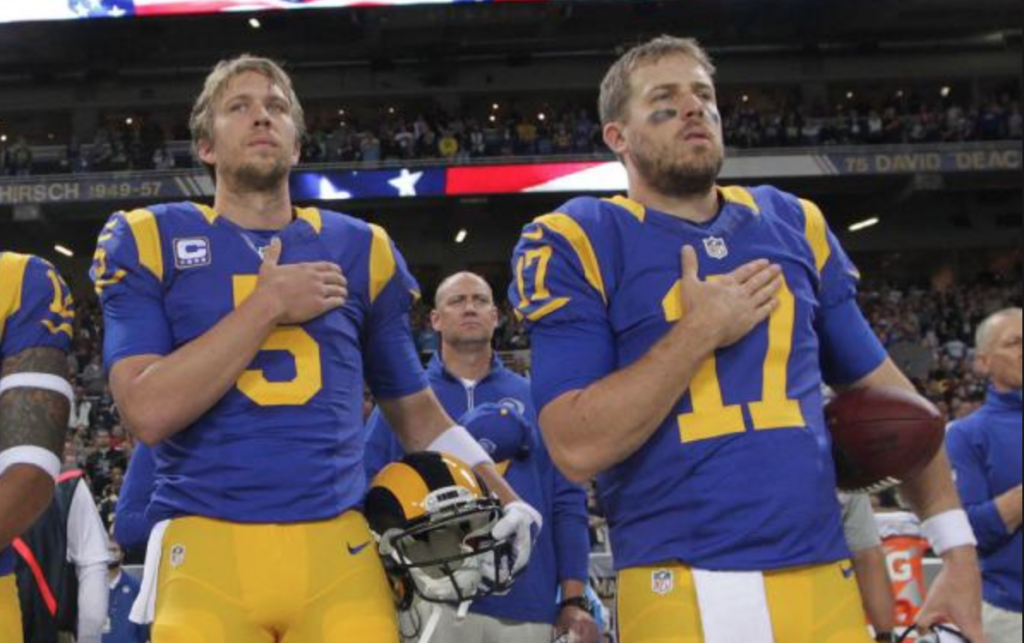 1. Case Keenum > Nick Foles. Now, those offenses are led by preseason backups and former Rams teammates Nick Foles and Case Keenum. It’s rather amazing that the two are meeting in the NFC title game, considering that both have spent the last few years as journeyman backups, but that’s where we’re at.

The difference is the Vikings are here partly because of Keenum (who was the league’s seventh-highest-rated passer while winning 11 of 14 games during the regular season), while the Eagles are here in spite of Foles (who posted a sub-80 passer rating in relief of Wentz in the final three games of the year and was much worse than his numbers indicated in a divisional round victory over Atlanta).

2. Don’t worry about Keenum in the cold. Yes, Keenum spent high school, college and the first five years of his NFL career playing in warm weather and domes. And yes, he struggled against the Packers in his only cold-weather game of the 2017 season. But fortunately for Keenum (and unfortunately for the Eagles) it’s supposed to be an unseasonably warm 50-plus degrees Sunday in Philly.

So the elements won’t be a factor, which probably means the key for the Vikings will be to get an early lead and make things easy on Keenum. Because another thing he’s rarely been asked to do is lead a comeback, especially on the road in the playoffs.

3. The Vikings have an edge pretty much everywhere else. While Keenum and Foles are wild cards, the Vikes have the Eagles beat in most other realms. They turn the ball over less, they’re healthier (superstar left tackle Jason Peters is also on injured reserve for Philly), they’re better defensively both through the air and on the ground and they have a clear advantage when it comes to momentum.

The Eagles did have a lot more takeaways on D during the regular season (31 to 19), but 13 of their 31 came in three games. Minnesota actually had nearly as many multi-takeaway games (eight versus nine), and the Vikings have been just as opportunistic in recent weeks.

4. For the Eagles to pull off the “upset” at home… they’ll need to beat the Vikings in the one place they have a clear advantage: on the ground. That’s often the key when you’re an underdog anyway. Shorten the game by pounding away, running the clock and moving the chains.

Jay Ajayi, LeGarrette Blount and Corey Clement make up a much more reliable backfield group than Latavius Murray and Jerick McKinnon. Even in a matchup between two top-10 run defenses, the Eagles would be smart to ride that third-ranked running game all evening.

5. Both teams are a little bit lucky to be here. The Saints really screwed the pooch in the final seconds against Minnesota, while the Eagles were fortunate that Atlanta completely botched several chances to beat them in the final moments of their divisional-round matchup.

But at least Minnesota held a big lead against a stronger opponent. Philly, on the other hand, was lucky not to have a handful of turnovers in a game in which Foles should have been intercepted at least twice and they fumbled four times in the first half.

Under-the-radar potential X factor: How about either of the Vikings’ “backup” quarterbacks? Head coach Mike Zimmer is likely to stick with Keenum even if he struggles a tad, but if they’re down at halftime and Keenum hasn’t gotten it going, it wouldn’t be surprising at all to see Sam Bradford or Teddy Bridgewater enter the game. And both of those guys have at various points been viewed as franchise-caliber quarterbacks. That’s a hell of a wild card to have in your back pocket.

Prediction: The Vikings have too much going for them. Better quarterback, stronger receiving corps, hotter defense, healthier roster. Foles and the Eagles were lucky that the Falcons essentially beat themselves last weekend. That won’t happen again. Vikings 24, Eagles 13