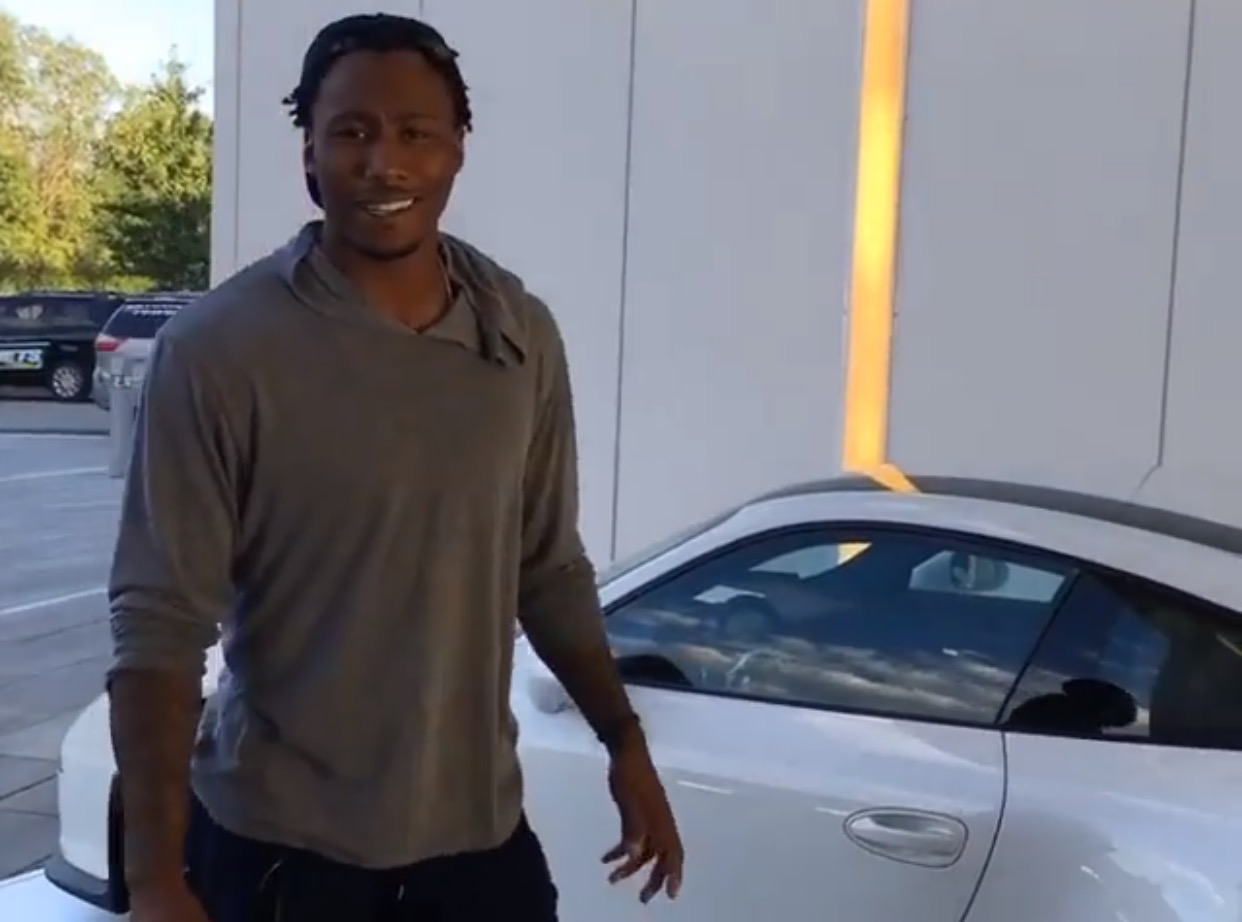 Way back in late July before the 2016-2017 NFL season kicked off, two of the top wide receivers in the league made a bet. New York Jets’ wideout Brandon Marshall bet Pittsburgh Steelers’ star Antonio Brown he’d have more receiving yards this year, and the winner of the bet gets a fancy car.

@ab I’ve never seen you back down from a challenge. #race4pinks

With one week left in the regular season, Brown figured it was time to remind Marshall of the bet he created. Brown might have been gloating a little bit because with one week left he practically already has the keys to Marshall’s Porsche.

Brown took to Instagram to boast about his impending victory in a charitable way.

@bmarshall, you could send me the pink slip, or donate the car to @project375 ! Glad we’re both healthy, mentally and physically !! #callGod

Oddly enough the wide receiver who started the bet in Marshall is the one who’s bound to lose by a long shot. However, it’s classy of Brown to mention in his Instagram caption of Marshall’s original video that he’ll accept his bet payout in the form of a donation to charity.

The thing is, the charity Brown mentioned in Project 375 does mean a lot to Brandon Marshall, seeing as he created it. From the charity’s website:

“PROJECT 375 is led by passionate individuals dedicated to the education, support, and treatment of mental health.”

The charity was founded by Brandon Marshall and his wife Michi. Retired NFL players Arian Foster and Kyle Long are in the charity’s “Founder’s Circle.”

In short, Brown showed off why he’s a great person on and off the field by taking advantage of the win and instead of running away with Marshall’s car, he made it about Marshall’s charity instead.

This all comes at a time when Marshall is also in hot water with some of his teammates. According to ESPN, this past Saturday during halftime of a blowout 41-3 loss to the New England Patriots, Marshall gave a fired up speech to his teammates. Some team sources told ESPN that players were bothered by the rant and that it possibly raised tensions inside New York’s locker room.

“When we’re getting blown out at halftime, there’s no reason to be fighting amongst each other,” Jets safety Calvin Pryor told ESPN.com. “I think that’s why guys were upset because we needed to be fighting against the Patriots, instead of the Jets.”

“Guys in the locker room know how Brandon can get,” Pryor said. “We know what type of person he is. When he says something, you take it to heart. He always thinks he can be a guy to lend advice and help because he’s been through a lot, which I get.”

In the loss to New England, Marshall made two catches for 28 yards and was only targeted twice. New York sits at 4-11 and last in the AFC East with a week to go in the season.

While the regular season and Marshall’s bet didn’t go well, once again Brown did a tremendous job of trying to help his fellow wide receiver out by promoting his charity instead of gloating too much about the bet.