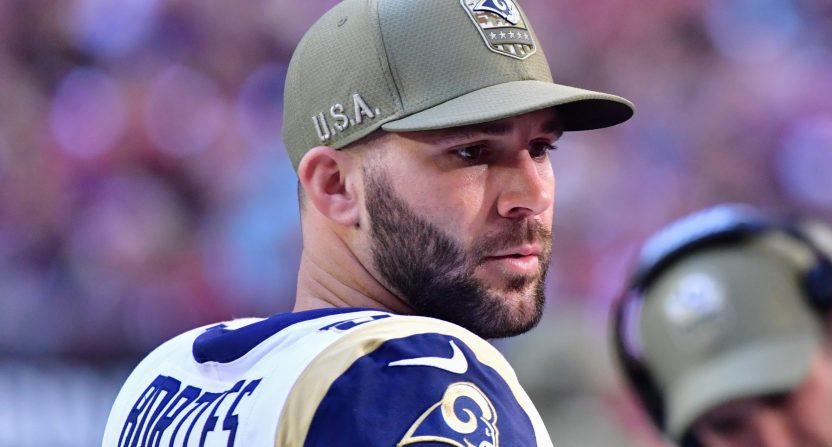 The NFL’s injury spike has been a main storyline through two weeks of the 2020 season, with big numbers (and big names) going down all over.

That wave arguably began before the season when Denver lost Von Miller during a freak injury in practice. (And their coach has been fined for not wearing a mask on the sidelines.) Now they’ve also lost quarterback Drew Lock for about a month with a rotator cuff injury, meaning Jeff Driskel will be called into action.

Broncos’ QB Drew Lock suffered a severe rotator cuff strain and will be sidelined at least two weeks before his injury is re-evaluated again, per source.

Jeff Driskell now slated to be Denver’s starting QB on Sunday vs. Tampa.

The Broncos were already thin at quarterback, and losing Lock is not what an 0-2 team needed. This will shift their odds for next with with BetOnline. Unlike Miller’s injury, when the Broncos declined to bring in someone like Clay Matthews as a replacement, Denver has already made a move to shore up the depth chart, adding free agent Blake Bortles.

With starting quarterback Drew Lock expected to miss three to five weeks with a shoulder injury, the Denver Broncos have agreed to terms with Blake Bortles on a one-year deal, a source told ESPN’s Jeremy Fowler on Tuesday.

Bortles will start the mandated COVID-19 protocols, which will include multiple tests spread over four days.

Coach Vic Fangio on Monday said that the Broncos had brought in a quarterback and that the player wouldn’t be able to attend meetings or practice “until Friday or Saturday.”

Jeff Driskel will start Sunday’s home game against the Tampa Bay Buccaneers, and Brett Rypien is expected to serve as backup after moving from the practice squad to the roster.

Bortles saw limited duty as Jared Goff’s backup in Los Angeles last season; he’s obviously most-known for his stint in Jacksonville, where he somehow ended up starting an AFC Championship game. (And where he became literally immortalized as a running gag on The Good Place.)

There’s unfortunate news for Driskel and Bortles, though, as whoever is under center will be without receiving threat Courtland Sutton, who like Lock went down on Sunday. Unlike Lock, Sutton is out for the season, though, having torn his ACL.