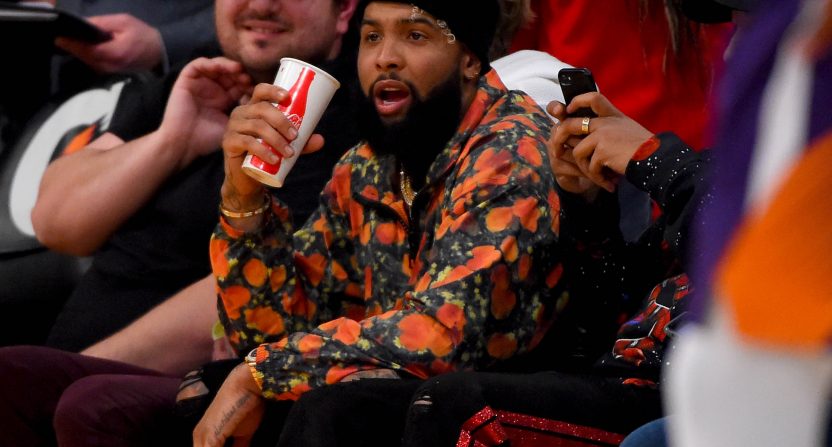 We’re in the middle of the 2019 NFL free-agency circus, but the biggest move came in the form of a trade. The Cleveland Browns acquired wide receiver Odell Beckham Jr. from the New York Giants on Tuesday, in exchange for a first-round pick in 2019 (17th overall), a third-round pick in 2019 (Cleveland’s second third-rounder), and safety Jabril Peppers.

Adding arguably the best wide receiver in football for Baker Mayfield to throw to, on a Cleveland roster already on the rise, is obviously a big move. But oddsmakers and the betting world think it’s an *enormous* move in terms of improving the Browns’ Super Bowl chances.

This feels a bit aggressive, and perhaps in part a move to counter the likely action coming in from bettors with all of the Browns’ hype right now. It’s without question a significantly improved Cleveland roster from the one that went 7-8-1 in 2018, with much improvement likely to still come from within (particularly at the quarterback position with Mayfield, a rookie in 2018).

As for the New York Giants (5-11 in 2018)? Well, their Super Bowl odds went from 40/1 to 80/1 with the trade. It turns out trading away Hall of Fame talents in their prime tends to hurt a lot, especially when it’s an elite wide receiver for a team that has bad quarterback play.

We can debate the specifics of the Browns’ and Giants’ Super Bowl odds, but we can all agree that the odds perfectly reflect the direction that these organizations are going.