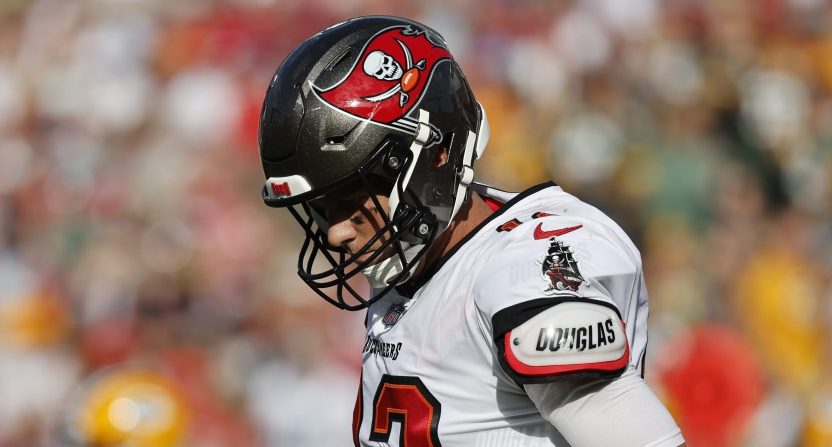 It has been an uncharacteristic season for both the Tampa Bay Buccaneers and Tom Brady, struggling mightily to win key games to separate themselves from the pack in a weak NFC South division.

Their latest loss came in a thrilling overtime game in Week 12 on Sunday against the Cleveland Browns. On Monday, Brady discussed that loss.

Brady was notably frustrated with the loss but he revealed on his “Let’s Go” podcast that while losing is difficult, it is still better for him than to not being out there on the field.

“Look, losing is hard for all of us, but I’d rather lose and play than not play at all,” Brady said on “Let’s Go” transcribed by Joebucsfan.com. “I love playing. I love competing. And ultimately, I love trying to play at a championship level for my teammates.

“And obviously there’s challenges every year. Everybody has unique challenges, you know, on and off the field. You work as hard as you can with the circumstances that are presented before you. We’re just going to keep fighting til the end and we’ll be measured by, again, by what happens over the course of a long season.”

Tom Brady has notably had his struggles outside of football this season, with his very public divorce with ex-wife Gisele Bundchen being finalized in October.

Despite this, it still very much sounds like Brady has no plans of slowing down in regards to his NFL career in his near future.

Perhaps the only positive thing about this NFL season thus far for Tampa Bay is that their division has been equally inept.

While the Buccaneers only sit at 5-6 on the year, they are currently sitting atop the division with a Week 13 matchup against the New Orleans Saints looming.