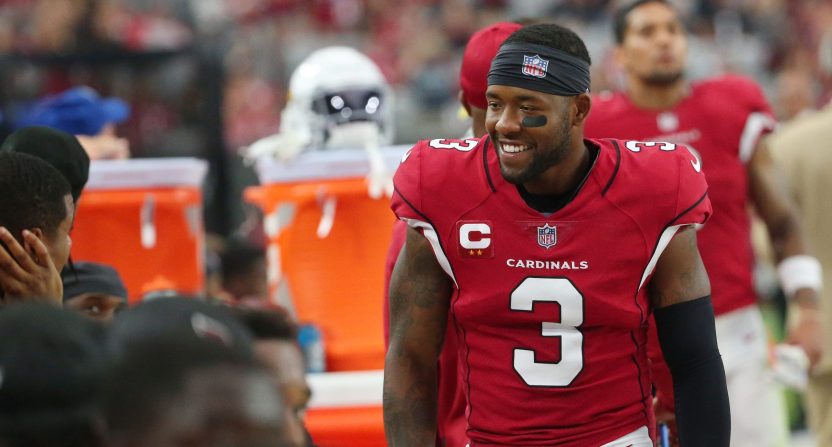 The Arizona Cardinals had a bad night on Monday in their playoff loss to the Los Angeles Rams, but the outcome of the game paled in comparison to the health and well-being of safety Budda Baker. Baker had to leave the field on a stretcher after colliding with Rams RB Cam Akers in the third quarter.

Baker was ruled out of the game with a concussion but did have movement and feeling in his extremities. He was taken to the hospital and eventually tweeted out that he was “doing good,” much to the relief of many NFL fans.

Thank you all for the prayers. I am doing good 🙏🏾

Tuesday, Baker posted a video on Instagram in which he thanked fans for their support and said he’s “going to make a full recovery.”

“I just want to say thank you for all the well wishes and the prayers from everyone and I appreciate you guys. Everything came out clean and I’m going to make a full recovery. So, definitely blessed,” he said.

Cardinals media relations SVP Mark Dalton also tweeted out a photo of Baker on a plane in good spirits on his way back to Arizona following further tests in Los Angeles.

He was cleared by the physicians there, released this morning and is on his way back to Arizona. pic.twitter.com/GIt1s8k24l

The news that Baker is on the mend and active was extremely well-received by NFL fans, media, and players, many of whom chimed in on social media to express their happiness with the situation, which could have turned out a lot worse.

This is great. So glad that he is better. Scary moments after that hit Monday https://t.co/0I8uvX9zSJ

Amen! We love ya my brother! https://t.co/wJL9EmoWAk

While the season ended in disappointment, the news that Baker is out of the hospital is a great takeaway. When he’s ready to return to the field, the Cardinals will gladly welcome back the four-time Pro Bowler who had 98 tackles and three interceptions this season.