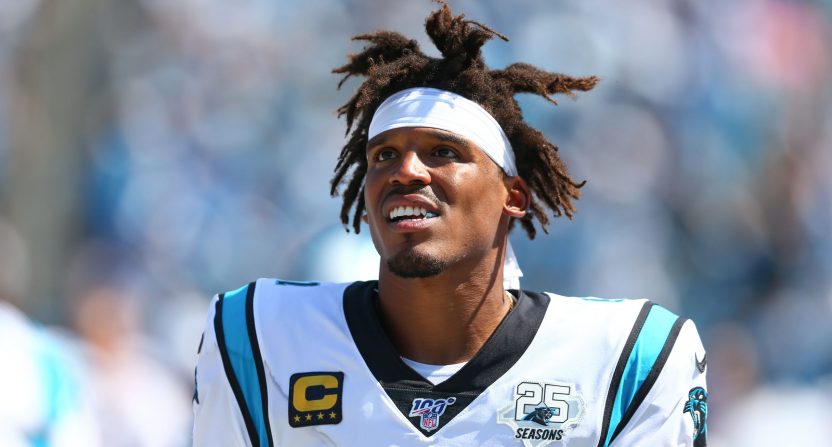 The writing has been on the wall for a while. At some point, the Carolina Panthers were going to get rid of quarterback Cam Newton, it was just a matter of when. The Panthers told Newton to seek out a trade but when a trade didn’t materialize, it’s now being reported that Newton will be released.

The Panthers parting ways with Newton isn’t really a surprise. With the Panthers signing Teddy Bridgewater last week and PJ Walker yesterday, Newton’s days as a starter were numbered, much less remaining on the team. Considering Newton would account for $21.1 million against the Panthers’ salary cap, they weren’t going to keep him at that price if he wasn’t going to be the starter.

This leads to a tough situation for Newton to be in. Cam is a great quarterback and I highly rate him but I can’t blame the Panthers for making their move because of his recent injury history. In the past year alone, Newton underwent shoulder surgery at the start of 2019 and foot surgery at the end of the year, something he’s currently healing up for. In past years, Newton has had sprains and a ligament tear in the same ankle, a knee strain, a fracture to his chest and vertebrae, and had rotator cuff surgery.

Despite these injuries over the years, Newton started 14 of 16 games in every season he played in before 2019. So even though Cam only played two games last season it takes a lot to take him out of the game But this still comes at a risk because a team who is interested in Newton can’t perform a physical yet to figure out what kind of player they are getting.

Because of COVID-19, teams have stopped doing physicals for free agent players so while Newton is doing his best to show teams his rehab regiment over Instagram, he can only show them so much. If a team is interested, I’m sure they can talk to Cam over the phone or chat over webcam and I’m sure he can pass a physical but until that happens, some teams will be hesitant to sign him, especially one who will be getting paid tens of millions as a potential franchise QB.

If a team is willing to take on the risk, they could see themselves with a great quarterback looking forward to rewarding them for giving him a second chance. It wasn’t that long ago that Newton was NFL MVP and went to the Super Bowl. Turning 31 in May, Cam Newton might be starting the second half of his career but he’s still got some good years ahead of him and he will be motivated to get back to playing. To some teams, that may be worth rolling the dice.