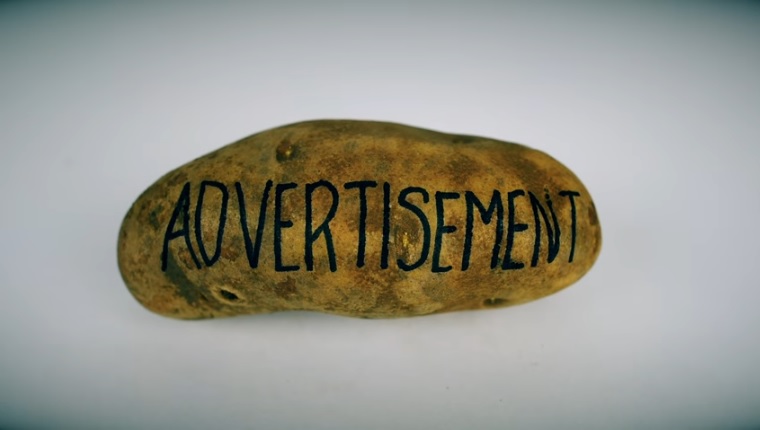 In the months leading up to the Super Bowl every year, companies spend hours upon hours planning their big commercials for the big game. Often times the production value is huge for these commercials, but this year one company decided to lower it tremendously to one trip to the grocery store.

Take this past 2016 Black Friday for example. Instead of coming up with some crazy bargain for selling their product, they decided to dig a hole.

After Black Friday 2016, the next big advertising event is the Super Bowl, and Cards Against Humanity decided it wanted to buy one of the very expensive Super Bowl ad spots. The card game created an ad, and it was strange (to put it mildly).

Here is what they came up with:

The storyline in that advertisement is just breathtaking. The lighting and cinematography is on another level too. Wow. Just wow. Incredible stuff.

After their ad failed to make it onto FOX for the mostpart, the company decided to explain the thinking process behind the advertisement and what went wrong.

“We wasted time with establishment thinking. To begin work on the ad, we hired a full-service integrated advertising agency called “Wieden+Kennedy.” They wasted over six months of our precious time pitching concepts like people laughing while playing the game, and amusing card combinations coming to life on screen. Eventually, we realized that they were burdened by conventional thinking and fired them, but this left us with only 48 hours to complete the ad.”

“The problem we failed to anticipate was that sports fans ultimately had trouble making the leap from “Super Bowl” to “potato” to “Cards Against Humanity.” This was a real lesson in humility. In hindsight, our model lacked “external validity.” Instead of asking one person if the ad was effective 70 times, we should have asked 70 people one time. This left us susceptible to what statisticians call “correlated errors.””

They aren’t wrong in that second paragraph, either. If I didn’t know the ad was for Cards Against Humanity, I would’ve been confused. After all, I don’t think there is a card that says all of Super Bowl, Potato, and Ad on it, but maybe I’m wrong.

One of the best parts of the company’s explanation only dealt with the potato:

“We were asking the wrong questions. This is a classic trap. We spent so much time selecting the right potato for the ad that we never stopped to question whether a potato would convey the essential brand experience of Cards Against Humanity.”

I, for one, think they did pick the right potato in the end.

The thing is, most of the company’s statement makes it seem like the ad never aired. However, some people did tweet about seeing it last night.

Did I just watch a 30 sec #SuperBowl commercial with a potato and the word "advertisement" written on it?!?

The Cards Against Humanity SuperBowl ad was just a 30 second clip of this potato. I love it. pic.twitter.com/oLY8JpypMA

While the ad did end up landing with some people, Cards Against Humanity still seems to think it’s in the hole and is already planning for next year.

“Will we do another ad next year? Yes. If we successfully emerge from Chapter 11, we will be seeking investors to bankroll an ad concept involving popular cereal grain “wheat.””

We’re looking forward to it.