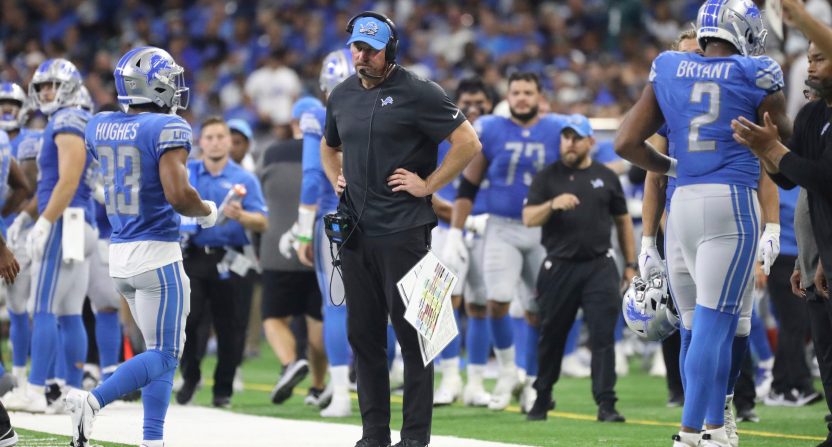 The Detroit Lions did not start their season the way that they had hoped in Week 1, losing a 38-35 shootout against the Philadelphia Eagles.

They came into the game as a 5.5-point underdog in the game according to Caesars Sportsbook, which is the 24th consecutive game that the Lions organization has entered as the betting underdog.

This streak is the longest streak of being an underdog in consecutive games in the Super Bowl Era, but it appears that this will be coming to an end.

Their Week 2 matchup comes against the Washington Commanders, and despite the Commanders winning their first game against the Jacksonville Jaguars, Detroit is current a 2.5-point favorite over Washington, according to Caesars Sportsbook via ESPN’s Eric Woodyard.

Detroit’s performance against on-paper a far stronger team in the Eagles last week must have made an impression on sportsbooks compared to the Commanders’ victory over the Jaguars, who struggled mightily last season.

Their 24-game streak of being an underdog dates back to November of 2020, when they came into a game against the Carolina Panthers favored by 1 point with backup quarterback P.J. Walker serving as the starting quarterback for the Panthers in the game.

Detroit fans will hope that they fare better as a favorite on Sunday than they did in that game, as they ended up losing that game in an embarrassing 20-0 shutout against Carolina.

Betting lines can drastically change based on who the public is betting on, so it is a possibility that the line could flip before kickoff on Sunday, but if things remain the same this dark streak for the Lions appears to be coming to an end.