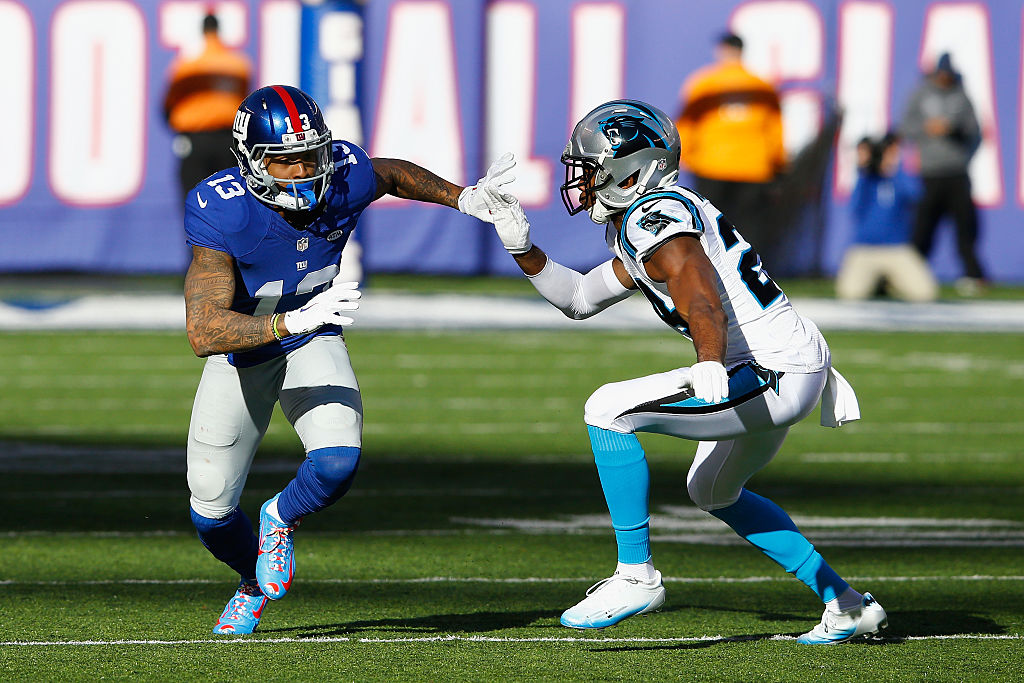 The Odell Beckham-Josh Norman feud will just not go away.

Wednesday, the NFL fined Norman $26,044 for two separate offenses during Sunday’s game against the Giants, according to ESPN. The Panthers cornerback was called for two personal fouls during the 38-35 win, most of which he spent tussling with Beckham.

On Monday, Beckham was suspended one game for a helmet-to-helmet hit on Norman.

Norman has come under fire this week for allegedly threatening Beckham with a baseball bat, which the Panthers say is a team symbol.

The Giants also allege the Panthers directed anti-gay slurs at Beckham, and Hall of Famer Michael Irvin, who apparently serves as a mentor to the young receiver told the New York Daily News that Beckham has been “dealing with (slurs) every week.”

“He deals with it a lot. For some reason, everybody goes after him with gay slurs. He’s a different kind of dude. He has the hairdo out, he’s not the big muscular kind of dude. The ladies all love him. He’s a star. I wonder why people are going in that direction. It blows my mind. I told him he can’t let stuff that people say get to you,” Irvin said.

“I don’t think I’ve ever really seen the animosity towards a receiver ever in the league right now what’s going towards this young kid,” Irvin said.

Giants coach Tom Coughlin defended Beckham, saying he was provoked into his poor on-field behavior, according to ESPN.

“To depict this as Odell Beckham being wrong, and the only one who’s wrong, is not right, it’s not fair, it’s not justice and it’s not the way it was,” Coughlin said. “If you’re naive enough to think that way, then you’d better do some soul-searching yourself.

“Beckham certainly was wrong, and we’ve said he was wrong from day one. But there were factors involved, starting in pregame, which are well documented, which indicate that there was an attempt to provoke him. He was provoked. He was out of control, he was wrong, there’s no doubt about that. You’d like that it didn’t happen. But the fact of the matter is, the situation in the pregame with the baseball bat, and if you know what occurred at the very beginning of the game, you can understand that there were two sides to this and not just one.”

Coughlin is right that usually more than one part is in the wrong, and a flurry of slurs does sound like the type of thing that could incite someone to head-butt someone else.

Based on what we know, a suspension for Beckham and a fine for Norman seems appropriate, but it seems further discipline could be warranted if these reports about homophobic slurs are substantiated.

The Beckham-Norman beef is four days in, and it doesn’t look like it’s going away.