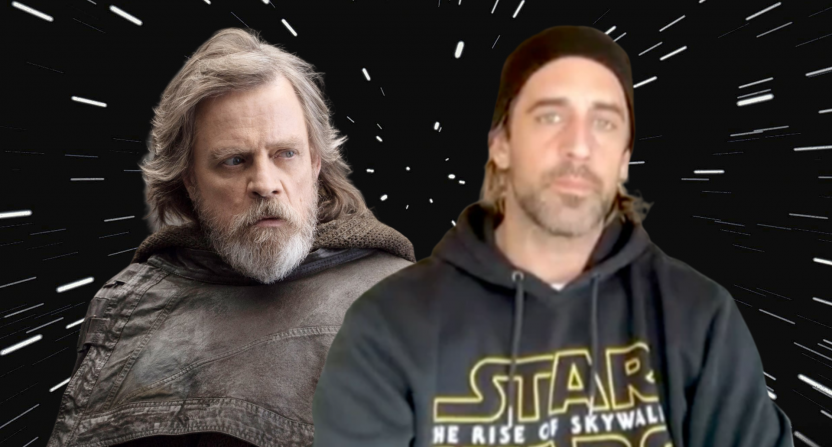 Aaron Rodgers was contrite when he appeared on The Pat McAfee Show Tuesday, seemingly regretful over how the public perceived last week’s screed defending his refusal to take the COVID-19 vaccine.

As the Green Bay Packers quarterback backed away from the controversy he stoked, admitting he “misled some people about my status,” many observers poked fun at the sweatshirt Rodgers wore during Tuesday’s interview. To the social media masses, Rodgers’ choice of a Star Wars: The Rise of Skywalker hoodie arguably called his judgment into question more than anything he said about being vaccinated or the NFL’s COVID-19 protocols.

Aaron Rodgers wearing a Rise of Skywalker hoodie tells you EVERYTHING you need to know about him. https://t.co/4fR8GZn4C4

The final chapter of the most recent Star Wars trilogy was widely derided (drawing a 52 percent rating on Rotten Tomatoes) for its unsatisfying resolution to the “Skywalker saga” involving favorite characters such as Han Solo, Princess Leia, and Luke Skywalker.

Skywalker himself, actor Mark Hamill, was among those deriding Rodgers for his sweatshirt choice, though for different reasons than many other detractors on social media. As you might expect, Hamill wasn’t criticizing a movie he appeared in, once again playing his most famous role. No, he disliked that a Star Wars movie is now being associated with Rodgers and his preference for homeopathic alternatives to the vaccine.

Of all the sweatshirts he could have worn, he had to take full responsibility in THAT one? 😩 https://t.co/c4vntkHAHg

Prior to Rodgers’ anti-vaccine diatribe, Hamill may have appreciated the quarterback’s Star Wars fandom. As Deadline’s Bruce Haring explains, Rodgers has let his geek flag fly in recent years, perhaps most notably in a photo by former girlfriend Olivia Munn in which he wore an Obi-Wan Kenobi robe.

(Munn deleted the image from her Instagram account after she and Rodgers split, but it’s not difficult to find on the internet.) 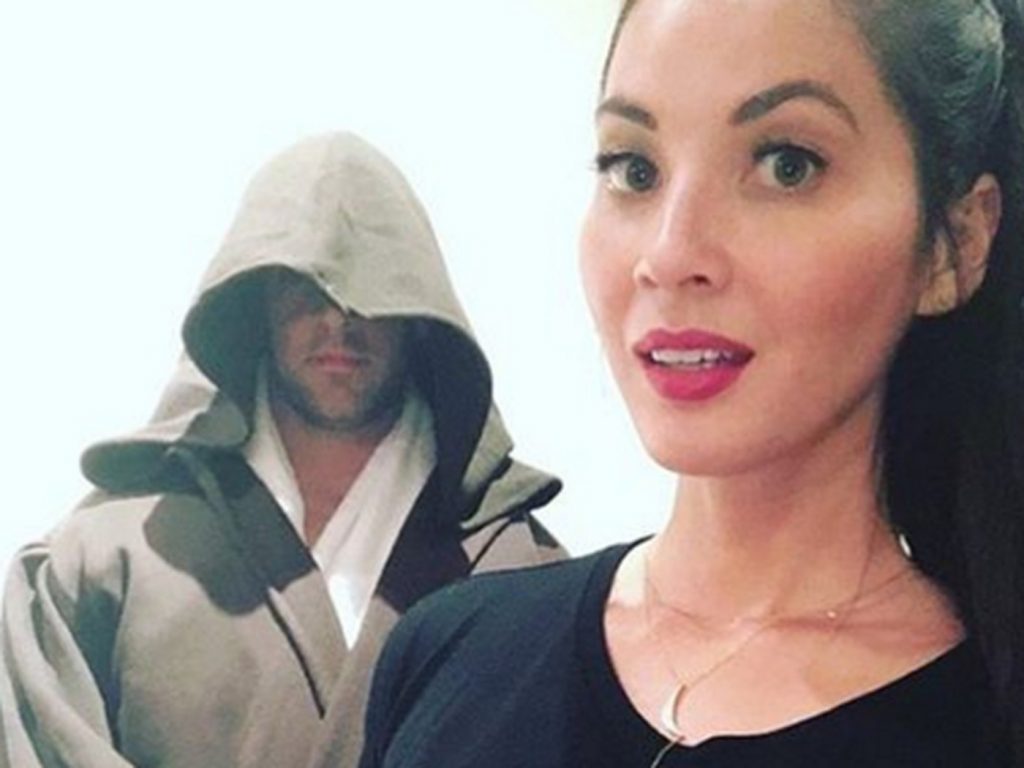 And during his guest-hosting stint on Jeopardy!, Rodgers professed his love for the Ewoks, the furry forest creatures from Return of the Jedi, when a contestant said that she and her son put together a Lego Ewoks village.

Rodgers’ Star Wars fandom is probably more powerful than Hamill’s exasperation. After all, he wore a “Rise of Skywalker” shirt for all to see. The Force is definitely strong with him.

With his apparent attempt at a Jedi Mind Trick failing, Rodgers will need to search his feelings and cleanse his mind before returning to the field for the 7-2 Packers. Whether or not he’ll play in Green Bay’s Week 10 match-up versus the Seattle Seahawks has yet to be determined, however.