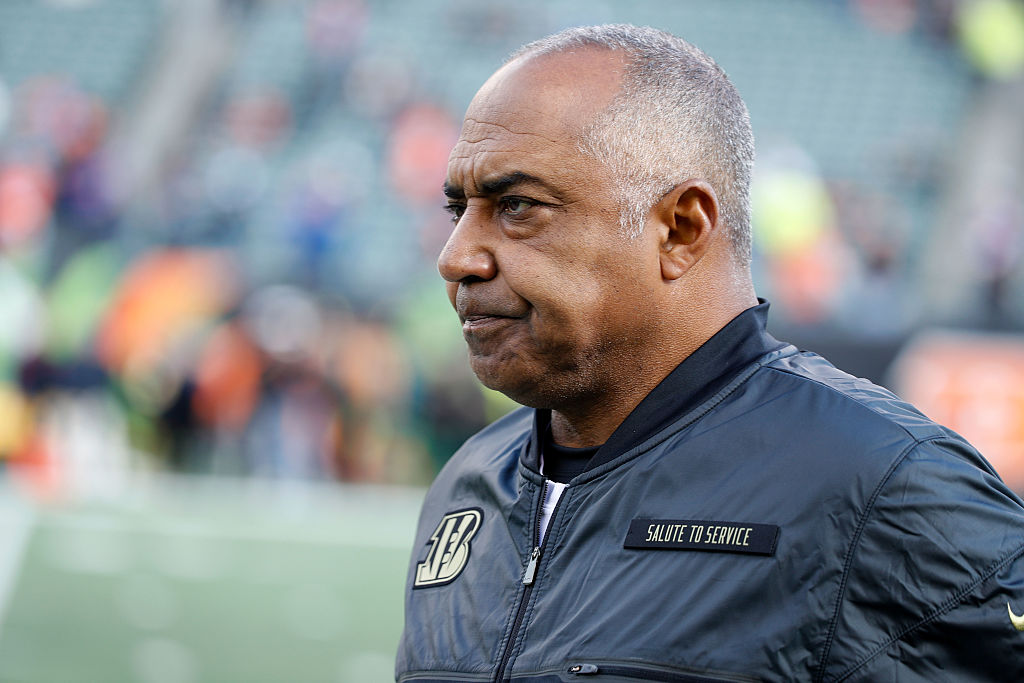 Marvin Lewis is finishing his fifteenth season in charge of the Cincinnati Bengals, and thanks to a report from ESPN’s Adam Schefter, we know it will be his last.

After 15 seasons in Cincinnati that have made him the longest-tenured head coach in franchise history, Marvin Lewis is planning to leave the Bengals after this season to pursue opportunities elsewhere, league sources told ESPN.

As he has done in the past, Lewis willingly opted to enter 2017 on the final year of his contract, but unlike other years, this time he is planning to leave Cincinnati, sources said.

With a flurry of head-coaching openings expected in the coming weeks and a shortage of obvious head-coaching candidates with experience, Lewis is likely to be on teams’ short lists of candidates, league sources said.

That last part is interesting, because thinking about Marvin Lewis, he doesn’t exactly come across as a sexy candidate. Yes, the Bengals were bad (and, for the most part, had been bad for a very long time) when Lewis took over in 2003, but his record is a mixed bag. Lewis is 123-111-3 overall, with seven winning seasons, despite his entire tenure coinciding with a run of competent-to-great years from AFC North rivals Pittsburgh and Baltimore.

But Lewis has never won a playoff game, going 0-7, and while some of that can be chalked up to luck, flukiness, and a small sample size, we’re still left with the record. It’s baffling, really, because plenty of coaches have won playoff games. John Fox has eight playoff wins and two Super Bowl appearances, and he’s currently finishing his tenure in Chicago much the same way George Costanza finished his Play Now career.

There are two ways to look at that relative to Lewis’s playoff record. The first is that if any coach can win a playoff game, regardless of overall coaching talent, we probably shouldn’t put so much weight on that part of the coaching resume. Sure, sustained playoff success or multiple Super Bowls is probably a good indicator of coaching ability, but just winning one game obviously isn’t indicative of genius or talent.

The other way to look at it: if anyone can do it, shouldn’t Lewis have at least backed into one of those games at some point? How do you manage to go 0-7? Lewis would have to win his next eight playoff games in a row just to equal John Fox’s playoff record. How is this possible?

Again, it’s important to remember Lewis’s Cincy teams have often likely overachieved their talent level, which is the kind of thing that should actually reflect well on him as a coach, but it’s harder for people to see that than it is the final score of a playoff loss. Peyton Manning faced the same thing for a few of his Colts years, when he would lead a team to an overachieving playoff appearance only to lose to better competition, and then take the blame. (Obviously over the course of fifteen years, though, Lewis has had teams talented enough to win playoff games, so this isn’t an every year excuse.)

It’s certainly possible that Lewis lands a head coaching position again as soon as next season. There should certainly be plenty of openings, and he’ll be a popular interview, whether teams are serious about hiring him or not. There are certainly worse NFL coaches than Marvin Lewis.