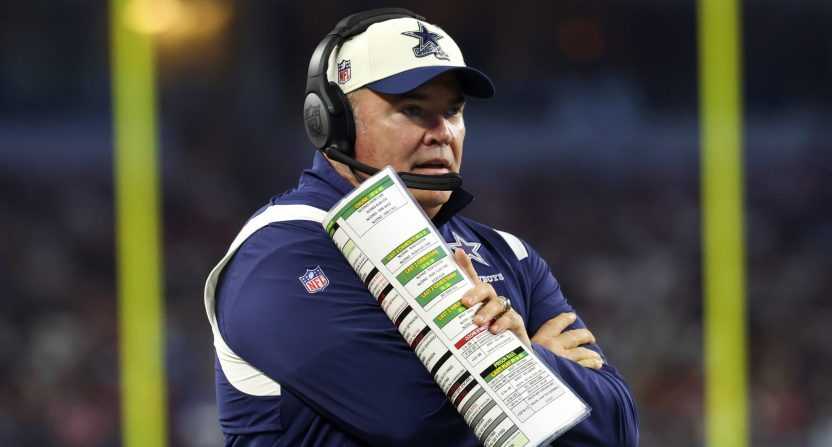 Head coach Mike McCarthy and the Dallas Cowboys suffered a humiliating defeat to Tom Brady and the Tampa Bay Buccaneers in Week 1 of their season. Worse, the Cowboys lost their starting quarterback Dak Prescott for at least four weeks after surgery on his right thumb.

After the game, several Buccaneers defensemen insinuated that they knew which plays the Cowboys would run by their formations. That’s a bad place to be for any offense.

McCarthy, for his part, issued instructions to his offensive coordinator Kellen Moore on what he wants to see from the offense going forward.

“[Moore] is in Year Three now. I’ve seen him grow in all five areas of importance of being a coordinator, and I have great confidence in him for Sunday.

“… We’ve just got to trust what we’ve built on our menu and we have to adjust when we have a change in the lineup—we’re definitely working through that. We want to make sure we’re helping but maybe not being as conservative as you’d like to be. In his time as a coordinator, he’s been able to play very, very aggressive. But we’re in a phase right now where we need to be a little smarter in certain situations. That’s all part of growing as a play-caller.”

We’ll get our next look at Moore’s offense on Sunday when the Cowboys host the Cincinnati Bengals in Week 2 action.