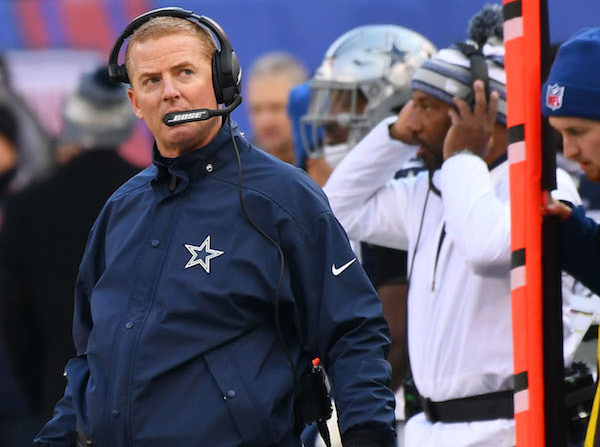 Seven teams will open the 2018 NFL regular season with someone brand new as their head coach. But that number could have actually been even higher.

Instead of doing what probably should have been done and going in a new direction, a bunch of teams decided to give their head coaches at least one more shot at glory in 2018.

For a few fanbases around the NFL, the same disappointment has been going on for the past few seasons and yet no changes are made. Similar occurrences are likely to continue for these teams in 2018 which decided to roll with the guy who did nothing for their franchise last season.

Which current NFL head coaches are the most fortunate to still be holding the same position for 2018?

Hired in 2016 to improve the Browns’ unimpressive offense, Jackson has actually made Cleveland worse since becoming the team’s head coach. Lucky to get a win last season, in 2017 the Browns became just the second NFL team to ever lose all 16 of their regular season games.

So to summarize, Cleveland has won just one of the 32 matchups with Jackson as their head coach and the franchise still felt their best option was to keep him around for at least one more year.

Browns fans have every right to feel sorry for themselves.

Lewis’ run with the Bengals has been a great one, just not recently.  After leading Cincinnati to six playoff appearances from 2009 to 2015, the Bengals and their head coach have missed out on the postseason in each of the past two years.

Toward the end of the 2017, reports saying Lewis was going to possibly retire from his position circulated. But apparently the Bengals and the head coach both felt another year together was the best decision for the organization in 2018.

If everything goes according to plan, the second year of a coach’s tenure with a team is supposed to be an improvement from the previous season. But that was not the case for Koetter and the Bucs in 2017.

Tampa Bay only won five games last season after getting nine victories in 2016 and they had the worst defense in the entire NFL. For a franchise that was once known for their excellence on the defensive side of the ball, it was pretty surprising when the Bucs decided to keep Koetter around for 2018.

Since Gruden was hired in 2014, the Redskins have been to the playoffs just once. Although Washington’s offense has improved during Gruden’s tenure, much of that improvement can also be attributed to the play of quarterback Kirk Cousins.

The Redskins have been an okay team for the past three seasons and obviously the front office is fine with that being the case once again in 2018.

Speaking of playoff appearances, the Cowboys don’t have many of them since Garrett became the team’s permanent head coach in 2011. During his tenure (seven full seasons and counting), Dallas has made the postseason just twice and only finished with a winning record three times.

The Cowboys previous head coach, Wade Phillips, led the team to two playoff appearances and three winning records in just three and a half seasons. Garrett may actually be the one person whom Dallas owner Jerry Jones is more in love with than Tony Romo.