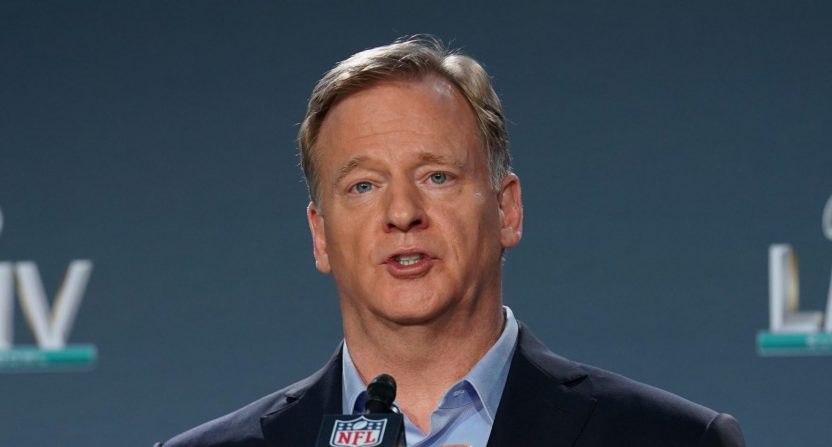 On Tuesday, the NFL levied heavy fines against the Miami Dolphins and owner Stephen Ross for tampering with Tom Brady and Sean Payton.

It was reported months ago that the team had planned on making Brady not only the starting quarterback but also part owner of the team, and that they were going to hire Payton as their new head coach. That’s a problem under the league’s anti-tampering provisions, with both Brady and Payton under contract elsewhere. Those plans fell through when former head coach Brian Flores decided to sue the team for discrimination. But the NFL investigation here found tampering with Brady and Payton that was “unprecedented in scope and severity,” as per NFL commissioner Roger Goodell:

The NFL announced today the results of its investigations into tampering and tanking allegations involving the Dolphins. The NFL said it found 3 instances of tampering, two involving Tom Brady, one involving Sean Payton. "Unprecedented in scope and severity," Roger Goodell said.

The NFL and Goodell (seen above at the Super Bowl in 2020) hit the Dolphins hard, taking away a first-round draft choice in 2023 and a third-round choice in 2024. Ross was also suspended for three months, and he can’t attend any games until October. (However, the report did not find Ross guilty of trying to encourage his team to tank for better draft position, saying his alleged offer to Flores of $100,000 per loss in 2019  “was not intended to be taken seriously.” That led to Ross claiming the report “cleared our organization of all issues regarding tanking,” and to Flores saying “I am thankful that the NFL’s investigator found my factual allegations against Stephen Ross are true” but also “I am disappointed to learn that the investigator minimized Mr. Ross’s offers and pressure to tank games.”)

Now, according to a report from Mike Florio of Pro Football Talk, Goodell plans to lay into owners about tampering at the owners’ meetings in Minneapolis next week to approve the purchase of the Denver Broncos by the group led by Rob Walton and Greg Penner. Here’s what Florio wrote on that Tuesday:

When the league’s owners meet next week in Minnesota to approve the purchase of the Broncos by the Wal-Mart heir and his son-in-law, Commissioner Roger Goodell is expected to “read the riot act” to all owners regarding tampering and tanking, in the aftermath of the suspension imposed Tuesday on Dolphins owner Stephen Ross.

As previously mentioned, the league gave Ross a pass on tanking, even though he apparently engaged in at least attempted tanking. Per the source, Goodell regards the issue as being very important, given the legalization of sports wagering. The next person who does it, if there is one, will get it a lot worse, the source predicts.

…The source also predicted that the league will be much more rigorous on tampering. The problem with tampering is that the NFL lacks the resources to properly enforce the rules. It happens all the time, for that very reason. And it’s easy to think Ross wouldn’t have been scrutinized for it at all if the league weren’t already poking around on the tanking issue.

Although tampering does happen quite a bit, this may be one of the few cases where it was actually documented. And as per Florio’s sources, Goodell’s plan is to basically tell teams if they are involved in any kind of tampering, the penalty could be worse than what Ross and the Dolphins received.

What those penalties may be, who knows. But if they’re even more significant than what the Dolphins got hit with, they mightbe enough to cripple a franchise for years to come.