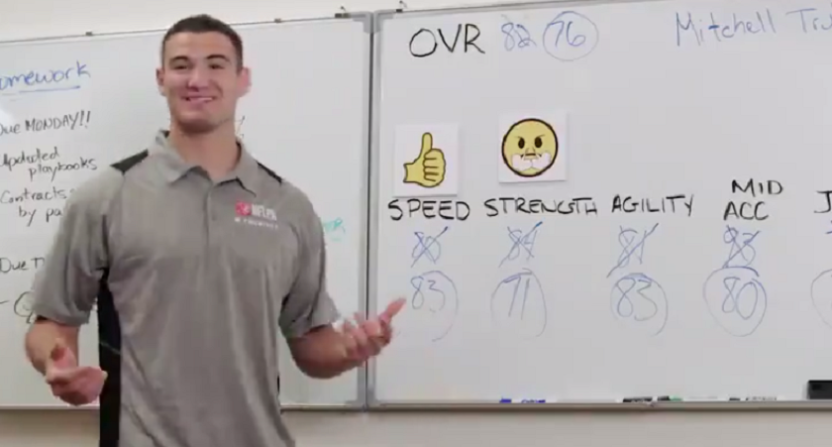 The Madden video game series has been around since (checks Wikipedia) 1990, and has had rights to NFL teams and players since 1993. But those players have to be sorted by various skills and ratings, which can cause some consternation among the players who, at this point, all grew up playing the game.

EA Sports knows this, which is why they put together a nice piece of marketing for this year’s version of the game: having rookies guess their ratings, then telling them how close they were. And there’s video!

There are also emojis in there too, for whatever reason; likely because EA thinks that’s the only language today’s youths are capable of understanding. (Oh, the youths.)

Leonard Fournette thought he’d be a 97 overall player, which is hilarious, although perhaps not insane, given what he did in college (when healthy):

Plus, as always, there’s a bit of a selection bias for athletes with high levels of self-confidence and self-belief. It’s very difficult to get to the professional levels of sports, or even to the level of a scholarship college athlete, without a healthy dose of self-belief.

That said, there’s still room for making fun of reactions, which brings us to perhaps the best reactor throughout the video: Bears rookie Mitchell (defiantly not Mitch) Trubisky: 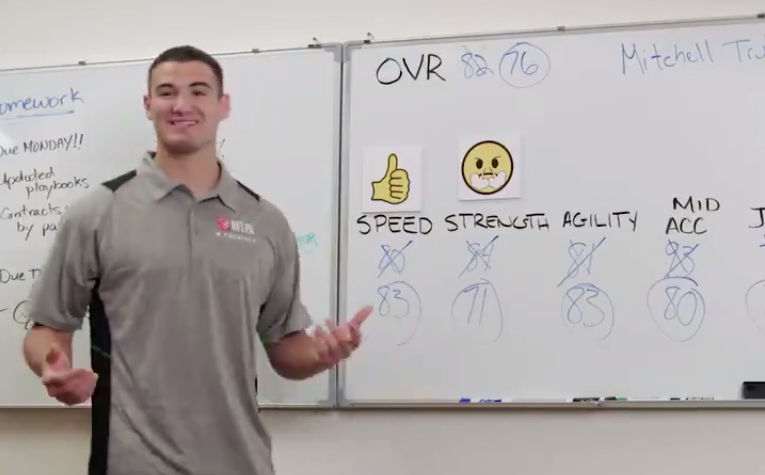 He gets salty after having his strength rated as a 71, and actually uses the word “salty.” Things devolve from there. Much like the Bears themselves, Trubisky seemingly overrated himself nearly across the board. Whether either his virtual or physical self can live up to those lofty expectations remains to be seen.

The game itself drops in less than a month’s time, on Aug. 25.