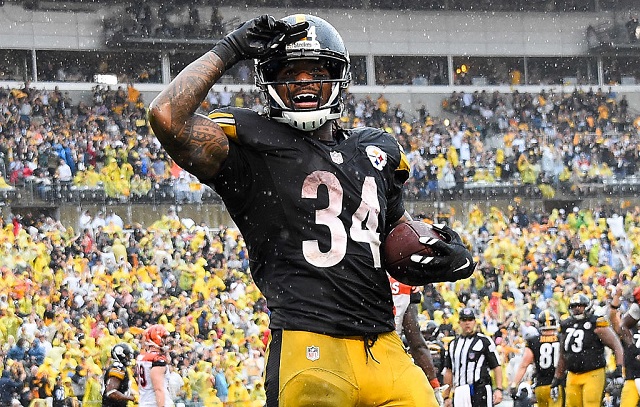 All the analysis, previews, breakdowns and smack talk boil down to a simple hierarchy: If any two given teams played, who’d win? That’s what power rankings are all about, and I’m going to spend the rest of the year at The Comeback slotting all 32 teams exactly where they belong.

32. Cleveland Browns
Horrific. Josh McCown scores 20 points in a quarter, gets hurt, tries to play through it and they lose 25-20. With Cody Kessler at the helm, the Browns are almost completely uncompetitive.

31. Chicago Bears
There’s plenty of young talent on this team, but not at quarterback. Injuries to Jay Cutler and half the defense turn two rough early losses into a nigh-death sentence.

30. Buffalo Bills
The Bills have more than enough talent to make the playoffs, but so far have been far less than the sum of their parts. Offensive coordinator Greg Roman has already been made the scapegoat—but with widespread reports of ownership influence on the football decisions (including Roman’s firing) there are way too many chefs in this soup. Unless Rex Ryan gets everyone pulling the same direction, the Bills aren’t going to win many games.

29. Baltimore Ravens
The Ravens looked terrible against the worst team in the league, but they can’t be any lower because they just beat Team No. 30 head-to-head.

28. San Francisco 49ers
They beat the Los Angeles Rams in the least-inspiring blowout win ever, then made the Carolina Panthers work for it a little in a blowout that felt more like a shootout. This defense still has real talent, but until the offense figures itself out the 49ers will remain an enigma…and not very good.

27. Miami Dolphins
Again, there’s definitely talent on this defense, but the offense didn’t show a sign of life against the New England Patriots until they were down 24-0. With each passing week, the Adam Gase Dolphins look more like a three-year rebuild than a one-year rebound.

26. Seattle Seahawks
Smart people who watch a lot of film are starting to freak out about how bad, and badly coached, the Seahawks offensive line has been. They can’t run the ball at all, can’t protect Russell Wilson at all, still have no idea how to use Jimmy Graham and have nobody else who can get open against NFL defenders. Legion of Boom or no, this team is going to lose until they can block.

25. Jacksonville Jaguars
Boy, it was nice while it lasted, wasn’t it? The surprisingly noble home loss to the Green Bay Packers looks less noble now that the Packers are struggling, and Old Man Rivers cut through the supposedly stacked defense like a bolo tie through butter. 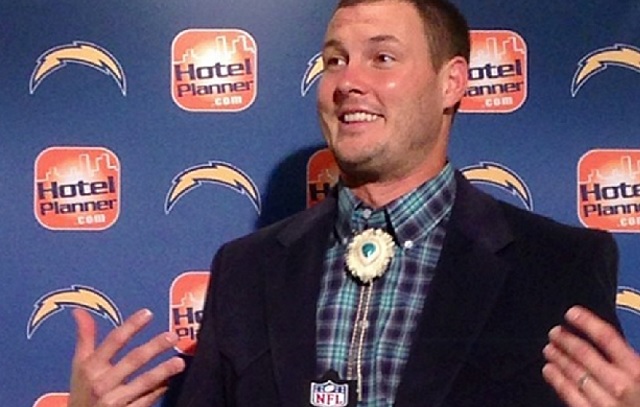 What? Of course a bolo tie can cut butter, it just leaves the tie and the butter all gross.

23. Tennessee Titans
It’s almost impossible to figure out the Titans right now: A fluky loss against a pre-Bradford Vikings, then a fluky, flag-drenched win over the Detroit Lions. I still don’t like how they’re using Marcus Mariota and I still don’t trust that defense against an opponent that both has a quarterback and doesn’t have three touchdowns called back on penalties.

22. Washington
Kirk Cousins showed a few more signs of life, but his level of play is far too inconsistent given the weapons he’s got. Jay Gruden’s got to get this figured out now, or else fall three games behind the Giants and Eagles.

21. San Diego Chargers
It’s the same old story with this team: On any given Sunday, Philip Rivers can turn back the clock and score at will. Too bad the Football Gods only give the Chargers four or five Sundays a year. If Joey Bosa could get on the field, that would be nice.

20. Atlanta Falcons
The reappearance of Good Matt Ryan is a much-needed relief for this squad, which needs to score points to win. We need to see more (and against better defenses) before we pronounce these Falcons contenders, though.

19. New Orleans Saints
Yep, still lumping the Saints in with the Raiders in flip-a-coin-between-them club. Losing a squeaker to the Giants, I think, suggests an improvement of the Giants defense more than a regression of the Saints offense.

18. Oakland Raiders
In Week 2, they lost the wild shootout. I expect them to hew close to this pattern all year, trending toward one of the most exciting 7-9 seasons ever.

17. Dallas Cowboys
Dak Prescott continues to keep it between the lines, and that continues to be just enough for the Cowboys to keep it competitive. A Bears team with no defense and no Jay Cutler should be a Monday Night Football layup if Dak doesn’t commit six weeks’ worth of turnovers and sacks in one game.

16. Indianapolis Colts
A blazing not-quite-comeback against the Lions, a relatively noble loss against the Broncos. This team still has the talent to contend for the AFC South title, but they absolutely have to beat teams like the Chargers if they’re going to avoid being dropped into the bottom third of these rankings.

Watch out: Matthew Stafford coming through!

15. Detroit Lions
These Lions should have dominated the Titans through the air — and who knows? Maybe they did. But a sea of yellow flags rendered that game unwatchable, and a sea of yellow in the Lambeau Field stands will do a much better job of determining if these Lions are a talented also-ran or an under-the-radar contender.

14. Philadelphia Eagles
I’m on the Wentz Wagon, but I’m manning the brakes. He’s looked mature beyond his years, but the Browns and Bears could end this season holding Top 5 draft picks. This week’s matchup against the Steelers will tell us a lot more about where these Eagles really slot.

13. Kansas City Chiefs
At this point it’s partly stubbornness, but I firmly believe the Chiefs are good, and improved from Week 1 to Week 2. The Chargers game also looks slightly less embarrassing in light of their follow-up performance, and the Texans are on track to be legitimately good.

12. New York Giants
Somehow, the Giants defense is dragging the offense to wins, kicking and screaming along the way. How does Eli Manning throw 41 times for 368 yards and the Giants go without a touchdown?

11. Tampa Bay Buccaneers
Yeah, I’m filing that Cardinals game under “ran into a buzzsaw.” These Bucs are still talented as heck and set to win a lot of games.

10. Green Bay Packers
We’ve seen slow starts before, and we’ve seen bad days at the office for Mike McCarthy before. I still think this is at least a 10-win team, but McCarthy and Aaron Rodgers need to get on track very, very soon.

8. Minnesota Vikings
What can you say about Sam Bradford right now that doesn’t sound hyperbolic or dismissive? This team is far different than the one we thought we’d see, but no less dangerous. Contenders until proven otherwise.

6. Cincinnati Bengals
Another week, another brutal, controversial loss to the Pittsburgh Steelers. No matter; the Bengals are going to keep winning the winnable games and cruising towards the playoffs. This week’s game against the Broncos is going to be telling for both squads.

5. Carolina Panthers
Everyone spent all of 2015 pointing out Cam Newton was doing it without Kelvin Benjamin, but somehow everyone’s shocked that Cam’s doing it even more now that Benjamin’s back. The Panthers are outscoring everybody, and the dramatic drop-off in the defensive secondary just gives Cam more chances to put up points.

4. Denver Broncos
Trevor Siemian keeps the offense on schedule, and the Broncos defense keeps everybody gasping for air. At this point, we have absolutely no reason to believe they can’t go just as far this year as last. Even so, last year’s Broncos hit a couple of points in the season where the passing-game-in-a-phone-booth magic stopped working. When that happens—and it probably will—can Paxton Lynch be this year’s Brock Osweiler?

3. Arizona Cardinals
Ah, THERE we go. A Cardinals defense caught napping by Jimmy Garoppolo takes out its frustrations on Jameis Winston, and Carson Palmer and Larry Fitzgerald keep using those cheat codes. Super Bowl or bust.

2. New England Patriots
I damn near put them No. 1. The downgrade from Garoppolo to Jacoby Brissett cost them the top slot, even though at this point I’m convinced Bill Belichick and Josh McDaniels could put Julian Edelman in at quarterback and hang 35 on anybody.

1. Pittsburgh Steelers
No question at this point: DeAngelo Williams is playing incredible football, and Ben has rolled back the years. This team is going to keep getting stronger as talent comes back off the injury report and suspension list, like a Katamari rolling downhill.