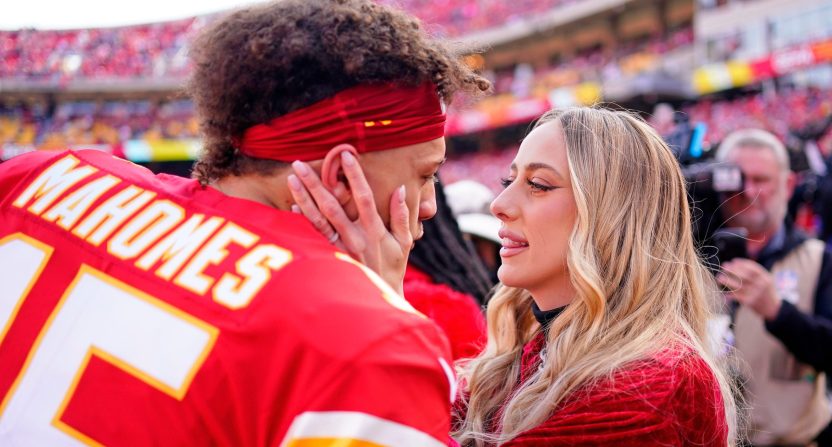 Patrick Mahomes and his wife Brittany Matthews have been together ever since their days in high school. After their first child only a little more than a year ago, the young family is now expecting a second child.

In an Instagram post shared by the two that was posted on Sunday, the caption read “Boy or Girl???” with the people in attendance in the video trying to guess what the baby’s gender is.

Pat and Brittany both guessed it would be a boy and their prediction would prove to be right. After Mahomes sprayed a squirt gun that shot out a blue liquid onto a white wall. confirming that the two will be having their first son.

After taking a few photos with the family, the Pro Bowl QB took a celebratory dip in the pool. Even during the Chiefs minicamp, Mahomes was telling reporters how eager he was to find out what gender his kid will be.

“I’m extremely excited,” Mahomes said. “The gender reveal is coming up soon. Hopefully, we get a boy, but I’ll love him or her either way. It’s going to be awesome.”

The first child Mahomes and Matthews had is a daughter, named Sterling Skye Mahomes who was born just last year. Who knows if Mahomes will be the third Patrick but definitely some added motivation for him to help get the Chiefs back to the Super Bowl.