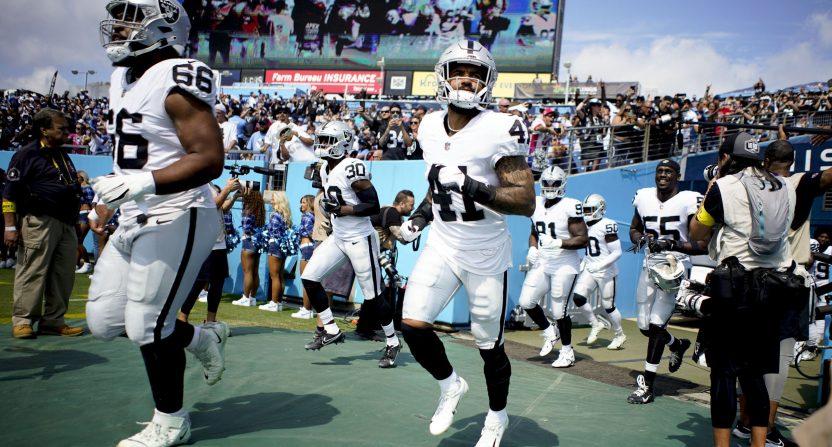 It has not been the start of the season that the Las Vegas Raiders had been hoping for, starting the year 0-3 after Sunday’s loss to the Tennessee Titans.

There has been a number of issues that went into this poor start. Star wide receiver Davante Adams has struggled to get acclimated with long-time Raiders quarterback Derek Carr. The defense has been less than stellar, allowing 25.7 points per game on the year.

In a highly competitive AFC West, it appears that the Raiders are clearly the team that is falling behind, and they have decided to take a drastic approach to change their season around.

Considering the Raiders made the playoffs last season, a players-only meeting may be exactly what the team needs to let them all voice their opinions on how to turn things around and build camaraderie.

One factor that has changed from last season already is the team’s success in one-score games, which is hard to replicate on a yearly basis.

In games that ended within seven points, the Raiders were 7-2 last season. Those exact games have resulted in three losses for Las Vegas this season.

Winning close games is an art form in the NFL, and hopefully this players-only meeting will help them do so moving forward.

Things won’t get any easier in Week 4 for the Las Vegas Raiders, as they will take part in an AFC West rivalry game on Sunday against the Denver Broncos.