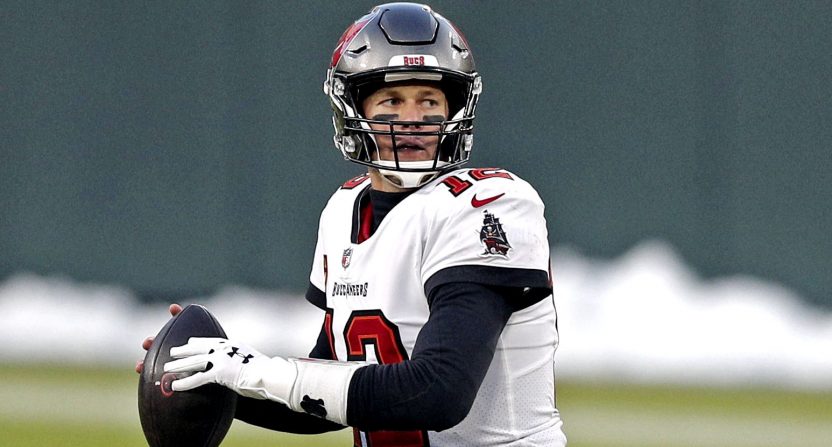 Have you heard the news? This is Tom Brady’s 10th Super Bowl! Legally, we have to state that in any content previewing Super Bowl LV, but in this case let’s look back at the 43-year-old’s first nine Super Bowl experiences by ranking them from worst to best.

9. Super Bowl LIII: Patriots 13, Rams 3 — It’s a win, but Brady’s most recent Super Bowl appearance is pretty horrible offensively. It’s his only Super Bowl with zero touchdown passes (he also throws a pick), and it’s also the lowest-rated championship game of his career.

8. Super Bowl XLII: Giants 17, Patriots 14 — A deflating performance for Brady, who throws just one touchdown pass and leads the offense to just 14 points as he’s frequently harassed by the Giants’ defensive front. A perfect season goes out the window as he takes five sacks.

7. Super Bowl XLVI: Giants 21, Patriots 17 — A deflating performance for Brady, who throws two touchdown passes, but also a pick and is harassed frequently by the Giants’ defensive front.

6. Super Bowl XXXVI: Patriots 2o, Rams 17 — This is his first and arguably his most legendary Super Bowl win, because he’s relatively unknown and the Pats are heavy underdogs. Still, he passes for only 145 yards and a single touchdown in the victory.

5. Super Bowl XXXIX: Patriots 24, Eagles 21 — A less-than-amazing performance from Brady, but it’s also a clean one. He throws two touchdown passes to zero picks in the highest-rated winning performance of his Super Bowl career.

3. Super Bowl LI: Patriots 34, Falcons 28 — Brady passes for 466 yards in the highest-scoring Super Bowl of his career to date. The Pats come back from a 28-3 deficit to stun Atlanta, and Brady completes 21 passes for 246 yards in the fourth quarter and overtime alone.

1. Super Bowl XLIX: Patriots 28, Seahawks 24 — Brady throws two interceptions, but makes up for it with four touchdown passes, two of which come in the final eight minutes of the game. New England comes back to win a thriller.